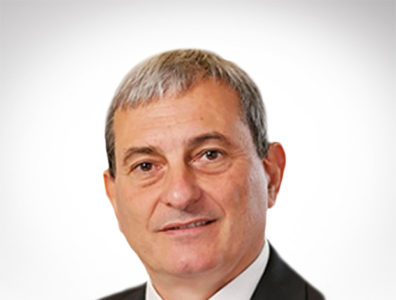 If you improve infrastructure and labour productivity, costs will begin to drop due to critical mass and efficiency.

Argentina, a place for US firms to succeed

Alejandro Díaz, CEO of the American Chamber of Commerce in Argentina (AmCham), talks to TOGY about the business relationship between the two countries, opportunities for US companies in the domestic energy industry and how Argentina is a strategic place in which American firms can do business. AmCham has 640 member companies operating in Argentina, representing 19.2% of the country’s total GDP.

On US interest in Argentina: “Argentina is clearly one of the four or five strategic areas for American investment in Latin America. Argentina has multiple natural resources that, if properly managed, will allow us to grow fast and develop.”

On challenges in Vaca Muerta: “We still have the problem of infrastructure. It is inadequate and inefficient to move goods by truck when one should have fluid access by means of trains. Logistics has a very big impact and so does social conflict.”

Most TOGY interviews are published exclusively on our business intelligence platform, TOGYiN, but you can find the full interview with Alejandro Díaz below.

How has the US-Argentinian bilateral relationship evolved?
The change has been a 180-degree turn. 2016 was absolutely atypical worldwide, in terms of bilateral or multilateral diplomacy. In the case of Argentina and the United States, during the course of one year, both countries’ presidents’ exchanged visits. In April 2016, US President Barack Obama came to Argentina, and Argentinian President Mauricio Macri went to the United States in April 2017. Even though it is a different calendar year and under a different US administration, it does not happen frequently.
US Vice-President Mike Pence arrived in mid-August 2017, after visiting Colombia and then went to Chile, which is also unusual. This is on top of the four secretaries and 17 undersecretaries and directors that have come from the US to Argentina, the signing of 25 MoUs in different areas of Argentina, plus the possibility of the global entry Customs procedure that was just implemented in 2017 and the elimination of reciprocity taxes on the entrance and exit of people.
The need for a visa is still maintained, but this is something that will be revised in the context of the waiver programme. Moreover, there has been an exchange of information regarding immigration, added to the development of the business dialogue between Argentina and the United States, SME agreements, exchange of security information, training of armed forces and more.

What role does Argentina play in the USA’s regional policy?
Argentina is playing a very important role in the region. The foreign policy of the United States in 2016 since President Obama’s administration gave Argentina a predominant position seems to continue. Leaving Mexico aside, which plays a main role in every issue for the United States, and given the political situation in Brazil and the critical social and political situation in Venezuela, Argentina, as the third-largest Latin American economy, acquired a more predominant role. We have also justified our participation in the G20 and this is obviously linked with President Macri’s vision of going back to normalcy with Argentina’s relationship and putting the country in the position it should occupy.
Several circumstantial geopolitical factors contribute to Argentina’s aspiration of achieving regional leadership. Let’s hope that Argentina is smart about this and understands this. Let’s also hope that the country manages this transition until natural leaders such as Brazil and Mexico regain that role, and that Argentina becomes a supporter of long-term public policies for the region, especially since there are no armed, racial, social or religious conflicts in the region. Argentina also has no major ethnic problems. Therefore, the conditions are met for an important interaction.

What role have AmCham’s members played in the countries’ bilateral relationship?
Today there are two groups in energy and one of them, renewable energy, is fairly new. There are only a few players in this group. They are just starting to arrive. Twenty years ago, renewable energy was technologically intractable or economically unviable. Today that is not a problem. The issue is that receiving a PPA [power purchase agreement] is not easy.
Regarding oil and gas, Argentina has already had conventional hydrocarbons developments, especially in Neuquén, which has an oil production history of more than 50-60 years. There is already knowledge on the matter, so the chamber doesn’t have much work to do there. I don’t need to explain to PAE [Pan American Energy] what it means to explore in Argentina.
Chevron, for example, is a different case, because it performed exploration predominantly based on the unconventional scheme, rather than on the conventional scheme. The same thing holds true for ExxonMobil, which restructured its global business to be more focused on upstream, especially unconventionals.
AmCham’s role there is more linked to unconventionals and we also play a role as a facilitator by keeping our members updated on regulatory issues, participating and speaking up every time we have something to say, sharing sectorial information, opening dialogue between the private and public sectors, and promoting competitiveness in a level playing field, among other ways.

Is the US shale boom replicable in Argentina?
There is a reasonable correlation between what happened in the United States during the 2005-2017 period and what could happen in Argentina over 2011-2028.
This interest in Vaca Muerta was motivated by the USA, which had a different legal configuration and a different critical mass. There are multiple differences in terms of articulation, but in terms of potential, the conditions are met for the successful development of the play.
In that scenario, AmCham’s role is as a facilitator and process accelerator to transfer better knowledge and participate in the improvement of Argentina’s public policies; for instance, removing the limitations for importing used equipment. The first resolution regarding this issue has not had the impact we had hoped. We are working with the Ministry of Production to improve the resolution to make things more active and not squander this opportunity.
Today, 30-32% of equipment in the United States is idle. Tomorrow, if activity experiences a strong recovery in the United States, that equipment will no longer be available. That is only one of the factors to work on in increasing productivity.
Another one is lowering social conflict or institutional levels. Anyone can block a route in Argentina, leading to conflict situations that hinder operations. We hope that the new agreement reached with the sector, particularly in Vaca Muerta in Neuquén, will allow for some costs to be more flexible and simplified.
We still have the problem of infrastructure. It is inadequate and inefficient to move goods by truck when one should have fluid access by means of trains. Logistics has a very big impact and so does social conflict.
The adjustment of the productivity agreements also needs to address salaries. The number of operators present in Neuquén needs to be increased, and the concessions must be further broken up into smaller areas. YPF and GyP [Gas y Petróleo del Neuquén] together hold almost 50% of the licences in Neuquén, when there should actually be 50 players present. About 25 players hold the remaining 50% of licences.

What opportunities do US companies see in Vaca Muerta?
The opportunity is self-evident. If we compare Vaca Muerta’s development with the United States’ process, we are just in the exploration stage.
It has already been demonstrated that the unconventional gas potential of El Orejano is superior to that of the best areas in the United States, in terms of their energy efficiency characteristics. Of course, oil developments are being realised in the Neuquén Basin, and there is an assessment of how efficient they are.
There is a critical mass problem. If you can add 5,000 wells to your well stock each year instead of only 300-400 wells, then your equation has changed. To drill 5,000 wells per year, you cannot have only 25-50 companies with concessions.
Even though you can sign agreements such as the ones YPF signed with Chevron or Dow, unless you have a very strong opening of the concessions – be it through JVs [joint ventures], concession transfers or concession fragmentation – you will not have 150 international players coming in. When these 150 international players arrive, many of which will come from the US, you will boost the value chain. If you improve infrastructure and labour productivity, costs will begin to drop due to critical mass and efficiency.

What role does the US plays in financing the development of the Argentinian energy industry?
It is important to first understand the United States’ financing philosophy compared to, for instance, China. When China offers financing for a hydraulic project, nuclear power plant or installation of a rail line, it comes with an integral package and very stiff conditions. For example, a certain percentage of the inputs purchased must be Chinese and, in many cases, even the participation of Chinese employees is stipulated.
The United States follows a completely different model, where financing is private and not public. There are basically two or three sources of financing from the United States. One must exclude the multilateral credit institutions because they rarely support these types of projects. Leaving those aside, you have working capital. Dow uses its own working capital to invest, as well as Chevron and Total.
The American model is very similar to the European model in this respect. It is the organisation itself that decides if it will invest here or there. This is the case for every global oil company. Investing elsewhere or in Argentina is simply a matter of which is the best competing project, because externalities are the same in both cases.

How will the domestic oil and gas environment develop between 2018 and 2022?
When Argentina finally normalises in five, seven or 10 years, it will become an exporter. In fact, the country is already reviewing the potential for natural gas exports to Chile.
AmCham always has a role in creating a nexus to favour the arrival of investments and working with Argentine enforcement agencies to remove barriers, make things simpler, transfer messages, pursue Argentina’s normalisation and ensure that Argentina’s functioning operational standards are clear and will not change drastically with new administrations.
For companies such as Chevron and ExxonMobil, the issue is not knowing the rock, per se, and not how to operate and be efficient in this operation. They are faced with the context of operating in Argentina and the difficulties this entails, but there is a willingness to invest. Argentina is clearly one of the four or five strategic areas for American investment in Latin America. Argentina has multiple natural resources that, if properly managed, will allow us to grow fast and develop not only this market, but all of Argentina.

For more information on US companies operating in Argentina’s oil and gas industry, see our business intelligence platform, TOGYiN.
TOGYiN features profiles on companies and institutions active in Argentina’s oil and gas industry, and provides access to all our coverage and content, including our interviews with key players and industry leaders.
TOGY’s teams enjoy unparalleled boardroom access in 35 markets worldwide. TOGYiN members benefit from full access to that network, where they can directly connect with thousands of their peers.