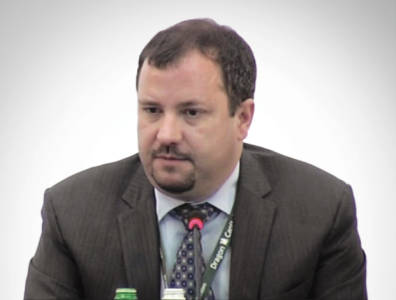 Policies to achieve diversification need to take place through different channels at the same time. One needs to act on cost.

Angola in an economic transition

Max Alier, the IMF’s resident representative in Angola, talks to TOGY about the new economic programme and the policies designed to help the country reach economic stability, the country’s strengths and obstacles to achieving economic diversification. In December 2018, the IMF provided Angola a first disbursement worth USD 1 billion of a USD 3.7-billion Extended Fund Facility arrangement.

How have Angola’s key economic indicators evolved in recent years, and what has the government done to facilitate recovery?
Over the past four years, Angola was severely impacted by the decline in oil prices. Despite an initial adequate reaction in terms of macroeconomic policies, they were insufficient to mitigate the full impact of the shock and major macroeconomic disequilibria built up. Economic activity contracted in 2016 and 2017, and most likely in 2018 as well. Inflation significantly increased, reaching over 40% in December 2017. It has been declining since, but remains in the double digits.
Significant disequilibria appeared in the forex market, which manifested in the form of a wide spread between the parallel market and official exchange rates, and a significant backlog of forex orders at the banks. Those needing to buy dollars had to wait for a long time. Public finance also suffered, the fiscal deficit widened and public debt surged.
The new government that took office in September 2017 understood the urgency of putting together a consistent economic programme. Two key documents were produced outlining the government’s economic policy intentions. A Macroeconomic Stabilisation Programme was published in December 2017 and started to be implemented right away. The National Development Plan 2018-2022 was published in April 2018.
The Macroeconomic Stabilisation Programme focuses on economic policies to restore macroeconomic and financial stability. Those are preconditions for growth and development. Macroeconomic stability alone is not going to give you development, but if you don’t have it, you are not going to have any development or sustainable growth.
The National Development Plan 2018-2022 looks at the structural policies needed to promote sustainable growth. It also prioritises alleviating poverty, which is still a significant challenge in Angola. One of the key objectives, and the means to achieve this, is the diversification of the economy.

How did the Extended Fund Facility arrangement between the IMF and Angola come into existence?
As noted, soon after taking office, the new government put together their own economic plans reflecting their priorities and the policies they considered best to achieve them. You might track some policies to recommendations made by the IMF in the context of the annual consultations with Angola, but the Angolan authorities put together the plans by themselves. Once these policies were being implemented, the authorities requested support from the IMF.
In August 2018, we received a request from the Angolan authorities for financial support under the IMF’s Extended Fund Facility arrangement. We negotiated in almost record time and had the programme approved in December. Negotiations usually take much longer.
More remarkable is that this is the largest programme the IMF has ever had with any sub-Saharan African country, and by a significant amount. This is not a minor involvement for us, for Angola and for sub-Saharan Africa in particular. This was possible because the authorities presented us with a package of economic and financial policies aligned with best practices. As in all negotiation, there is a bit of a back and forth about details, but the authorities’ and our view were quite aligned in regards to the diagnostic of the challenges ahead, the objectives and the policies to achieve them.

How does the arrangement benefit Angola?
First, the government benefits from access to financial resources in very favourable terms. The financial conditions at which we lent are much better than anything Angola could find elsewhere. The interest rate is below 3%, the repayment has a four-and-a-half-year grace period, and the loan is paid over 10 years.
Second is the policy advice. We bring international experience. We know how economic policies have worked or not worked in other countries. By bringing that knowledge, we enrich the authorities’ programme.
Last, but not least, in the context of the programme, we scale up the technical assistance we provide in various areas.
Overall, I think the authorities saw that the IMF programme was a good complement to what they were doing.

How is the programme set up?
Like all IMF programmes, the resources are released over time. The programme is for USD 3.7 billion to be disbursed over three years, with the first USD 1 billion provided at the time of approval in December 2018. The rest will come in disbursements every six months on the condition that the authorities meet the different targets that have been set.
The first test date was December 2018. We will have a mission come at some point to evaluate performance for that test date. If the performance is on track, the authorities will have access to the second disbursement. In the second semester, another mission will come to assess the performance through the end of June 2019 and determine whether they met the targets. If everything is in line, Angola will be able to access a third disbursement. That is the way IMF programmes work, in general.

What is your perspective on the necessary financial sector reforms starting to be rolled out by the National Bank of Angola?
The financial sector faces a number of challenges. First of all, the financial sector has been impacted by the crisis. Three years of negative growth have impacted the banks and non-performing loans have increased significantly. However, the concentration of the non-performing loans seems to be in public banks, particularly in BPC [Banco de Poupança e Crédito], the largest public bank.
One of the objectives of the programme is to promote financial stability to create the conditions for the banking sector to carry out its most basic function, which is intermediating resources between people who save and people who invest. Achieving this objective requires that banks are adequately capitalised and rely on the necessary liquidity.
In order to assess the situation of the banks, one of the commitments in the programme is to carry out an asset quality review that will take place in the second semester of 2019. Based on the results, the National Bank of Angola will be in a better position to assess the challenges for the banks in terms of capital and liquidity needs. It will be an important exercise to carry out.
For BPC, as the strategy was already developed by the previous government, things have moved somewhat slower than initially intended, but this government is trying to accelerate solutions for BPC. I think that is key.

What is hindering Angola’s economic diversification?
The economy has not diversified due to two main reasons. Costs in the non-oil sector are very high and productivity is very low. When you have this combination, you are simply not competitive and not able to export. You will not be able to produce domestically because it is cheaper to import. Under those conditions, it is difficult to diversify.
Policies to achieve diversification need to take place through different channels at the same time. One needs to act on cost. There is always the easy solution of proposing tax holidays and fiscal benefits and subsidies. Unfortunately, I don’t think that helps, as you create an industry that can operate because you give it subsidies, but the money for the subsidies comes from oil. When you don’t have oil, you don’t have subsidies and you don’t have an industry.
You cannot really build an industry on subsidies. You really need to get at the structural roots of this high cost. A lot of them are processes, bureaucracy, red tape. Policies that look at these kinds of things are very important. The government is taking steps in this regard.
Also in terms of costs, for a market economy to work, it is essential to be able to enforce contracts at a reasonable cost. You need to have a system that is fair and where the cost of doing this is relatively low. Otherwise, economic diversification and growth would be hindered by high structural costs in the system.
In terms of productivity, there are two areas, productivity of capital and productivity of human resources. Regarding the former, I think the government has a role to play and has actually played it in terms of building infrastructure. However, going forward, the room is more limited due to the high level of public debt. In such circumstances, the focus should be on creating conditions to attract private money to invest in infrastructure, be it through concessions or PPPs or different schemes.

What is the role of education in the ability to diversify the economy?
Investment in education is essential to increase the productivity of human resources in the economy. Vocational training is fundamental. However, it is important to invest in human capital more broadly, including education. It will be very difficult to succeed in diversifying the economy without policies to invest in human capital.
Those policies are important, not purely for economic diversification, but to achieve one of the key objectives of the government, which is to alleviate poverty. There is no way you will alleviate poverty on a sustainable basis without increasing people’s human capital.

What are the key strengths of the Angolan economy?
Angola is a large country with vast potential. A few things offer broad indications.
There is large-extension arable land available. Before independence and before the oil boom, Angola was an important agricultural producer, especially for coffee. Developing agriculture is important not only for economic diversification, but for social purposes, as it is labour-intensive and can generate employment. This can be complemented with agribusiness and attracting all these large companies that produce grains.
There is also potential in fisheries. Angola has a large coast. It will be interesting to look at how fish processing plants can be attracted to Angola.
There is still important potential in hydropower generation. Eventually, they could even export energy. This would require investment in transmission lines. The water is there and there is room to exploit this.
Investment in energy will also have a positive impact for the development of a domestic light industry. If you stabilise the supply of energy to Luanda and other major cities, you are likely to see the emergence of light industry. Right now, they are not competitive because they are using generators, but when you stabilise the supply of electricity, the cost of energy will go down significantly. That could really have a positive impact and support the emergence of light industry.
Those seem to me the biggest sectors. What is important is the role of the state in creating a level playing field where you can ensure that contracts can be honoured and enforced at a relatively low cost. Clean up the bureaucracy and create a business-friendly environment with rules that are expected.

For more information on Angola’s economic development, see our business intelligence platform, TOGYiN.
TOGYiN features profiles on companies and institutions active in Angola’s oil and gas industry, and provides access to all our coverage and content, including our interviews with key players and industry leaders.
TOGY’s teams enjoy unparalleled boardroom access in 35 markets worldwide. TOGYiN members benefit from full access to that network, where they can directly connect with thousands of their peers.