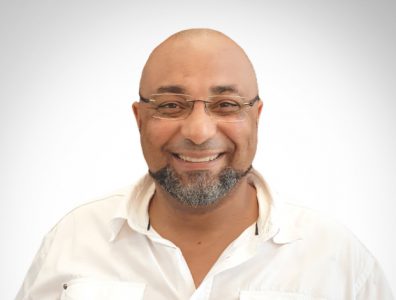 While it’s complicated to predict the future, we have faith in Angola.

Gabriel Ferreira, CEO of Memangola, talks to The Energy Year about how demand is evolving in the Angolan construction market, how Angola can attract more international investment and the company’s approach to partnerships. Angolan company Memangola provides construction and maintenance to energy and public works projects.

How do you see demand evolving in the Angolan construction market?
We think there will be plenty of work to be done. Regarding the current trends, the market is cyclical, and it will grow again. Now, we are focused on the oil and gas companies.
Still, there are complications, especially with the government, because of the irregularity of the pending payments. Our kind of company needs stability, and the government always has ups and downs. The relationship with the government is fantastic, but if they don’t have the money, it gets complicated. In the past, we gave a large amount of credit to the state, which proved to be extremely negative for the stability of our project.

Do you think the new local content law will help local companies secure contracts?
It all depends. There is still an issue with the lack of know-how among local companies. We have private companies coming from abroad. My company is Angolan, but our know-how comes from abroad. We suffer all the time because of that; the devaluation of the currency makes us less competitive in relation to companies that don’t have expatriates. On the other hand, we have a lot of quality and capacity to train young Angolan workers.
But overall, while it’s complicated to predict the future, we have faith in Angola. Also, I think local companies are significant for the growth process of the country. We understand the market, and many things are easier for us.

What do you think Angola has to do in order to attract international investments?
Angola needs more stability, especially regarding currency devaluation. This is a real problem. International investors are concerned with the security of their investments. We can see that investors see Angola as a good country for getting profits, but they need stability throughout the whole process, such as with the legal aspect. The policymakers can’t create laws every time that we need to change something. Investors must feel assured that the government will make a law and maintain that law for 10 or 20 years. But we understand that we are in the process of organisation and stabilisation and we always try to be patient and collaborative.

Who are your key clients?
We started in 2007 with the government as our main client. We’ve also worked with Kwanda since 2007, and they remain among our biggest clients. Our clients are why we’re still here, and doing well today. We’ve also worked with companies such as Eni and Angola LNG. For Eni we’ve done work on their facilities and warehouses in Soyo.

What difficulties do Angolan companies face when creating joint ventures with international partners such as Eni?
Working with such companies is not easy. They have high standards, and we can’t outsource in Angola. We must do almost everything on site. In the past, it was easier to bring experts from Portugal and train local people, but right now, people don’t want to come to Angola, primarily due to the currency crisis.
Access to capital is also a problem. Banks invest in the government projects because they get higher returns and involve less risk. The problem is that the flow of capital doesn’t reach smaller companies, which are prevented from accessing the required capital.

What are the main requests Memangola receives from energy companies?
We mainly get requests for work on warehouses, industrial installations, social area constructions and for maintenance. We have done some repair works for Pumangol, Kwanda and Angola LNG, as well as the government. We’ve also been among the companies in charge of building and delivering coronavirus facilities for the government.

How would you assess your partnerships?
Tecnovia is one of our best partners, and this is a significant partnership for us. We have the structure to work up to a specific limit, but if we need to do a bigger job, we work with Tecnovia and the other partners we have here – 7 Cunhas, Grupo NOV, Planisfério. There are a lot of opportunities, and we want to expand into doing more complex projects such as EPC. We can do this through partnerships.

What factors do you see as being key for the company’s future?
The company is made of the people we have, not our equipment. Our workers believe in the projects and this is very important for our future. We can have all the machines, but if a company doesn’t have the human capital, it doesn’t have anything. And this is a crucial point in Angola, where there is a lack of skilled workers. Outside of Angola, in Europe or the US, if you need people, it’s easy to find them. Here, skilled people are the most important asset a company can have.