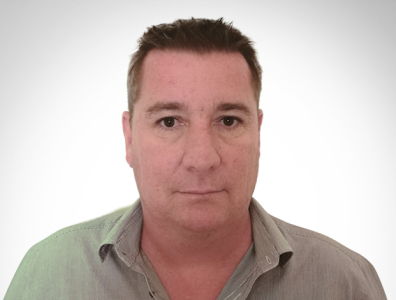 When it comes to the availability of qualified personnel, Angola has genuine competence locally, which is a huge advantage.

Alan Glyn-Cuthbert, operations manager at Petrowork Solution, talks to The Energy Year about how the company’s coatings activities have been affected onshore and offshore in Angola and opportunities it sees for diversification and gaining market share. Petrowork Solution began as a paint application company and later expanded into specialised coatings.

How has your business been impacted by the pandemic?
We went from a very optimistic outlook for 2020 to a nightmare within weeks. Operationally, we have managed to maintain a level of service that can keep us going. We are involved in onshore maintenance, especially coating. Most of our current activity was work in progress which could not be stopped. All in all, onshore wasn’t that affected, but operations-wise it was quite difficult.
It was very tough, especially in the beginning with the lack of clarity on what was going on, as was the case in other countries. People didn’t know how or when they could get to work, if they could at all. We were short on staff and we faced unpredictable production schedules, so these obviously affected our profitability forecast.
Our offshore work was hugely impacted. As coatings activity was deemed nonessential, this is where operators started to cut back first.

How did you ensure business continuity?
We had to accomplish work with a much smaller workforce. Depending on the site, we had to work according to their regulations. Some jobs you just cannot perform wearing the Covid-19 PPE [personal protective equipment]. But in general our work does not involve people working close to one another. The practical aspects of transporting people or setting up lunch were more difficult. Public transport was limited, which also made life harder. Opening hours were decreased, so our people had to do things like leave work to shop in the middle of the day.

Could you offer further rate reductions if required?
As a small service provider, we can be a bit choosier about the work we do. I know that some of our competitors were under serious pressure to reduce their rates. But I have no idea where the reductions can come from. We are bidding on projects now, and there just isn’t any room for reductions. You would have to compromise somewhere along the line by hiring less competent people and then safety would be compromised. I don’t see how rates can drop further.

How do you expect repair services to be impacted by this crisis?
We are still seeing the same trend. This business has been quite good for us and we have managed to grow our client base.

Have you been embracing diversification?
The diversification side is interesting for us. I had some discussions with technology suppliers about cleaning of production equipment. However, the capital outlay to invest in this technology in Angola is huge. We could be using high-pressure equipment to clean process vessels offshore and accomplish the same work in a much safer, less labour-intensive manner, but the capital outlay is 10 times the scale. The long-term savings and benefits are quite big, but for us to jump into that business would mean a major capital outlay.

Could this period be an opportunity for local businesses like yours to gain market share?
The equipment and products that we use are very difficult to get; there is a real bottleneck. So there is a limitation in that aspect. But when it comes to the availability of qualified personnel, Angola has genuine competence locally, which is a huge advantage.

How capable is the country’s energy industry of weathering this crisis and emerging from it into a sustainable future?
Angola is far too sensitive to these kinds of changes. It goes from having a highly buoyant atmosphere one day to being a complete mess the next. A direct example of that is the suspension of all drilling. Everybody knows that without exploration and increased production, within three to four years Angola will be in a very difficult situation. Now, all the rigs appear to have been pulled off the fields. I’m not sure if anyone is still drilling.
For those of us in the service environment without any visibility on what might or might not happen in the future, it is an extremely difficult situation.

What will be some of the key drivers of growth for you in the post-pandemic environment?
That would probably be the combination of us being small, lean, cost efficient and aggressive in our approach to the market combined with the attrition that’s taking place. I know that some of our competitors are hurting. I don’t know how the bigger companies will restrategise. They may continue to manage a huge amount of infrastructure which is inflexible and costly, or they may reduce this to become more flexible and more able to respond to these backwards and forwards shifts that seem to be a trend now in Angola every 15 months.
If the bigger companies had to change their strategy to become more flexible, it could open the path for companies like ours to step into areas that they might regard as less strategic and less profitable than before. They need to make money and it is not just about holding onto the market.