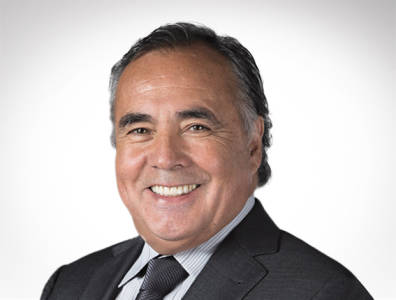 Eduardo Tapia, general manager of Enap Sipetrol in Argentina, talks to TOGY about progress in the company’s Austral Basin projects, plans to expand further offshore and in unconventional areas, and energy co-operation between Argentina and Chile.

The local branch of Chile’s NOC, Enap Sipetrol has been involved in Argentina’s Austral and San Jorge Gulf basins since it entered the country in 1991. The company’s principal assets in Argentina include the offshore Magallanes field, and onshore Campamento Central-Cañadón Perdido and Pampa del Castillo-Cañadón Perdido areas.
In 2017, the company acquired the El Turbio Este and Octans Pegaso blocks, both of which are located onshore.

On joint efforts: “The national and provincial governments, services companies, unions and oil- and gas-producing companies must focus on agreeing on and promoting a sustainable development agenda for the energy sector. We must work to improve the use of natural resources, the development of employment and employability in the industry, as well as the infrastructure and technology used to transform those resources into energy in a sustainable way.”

On unconventionals: “Thanks to this new exploratory project in El Turbio Este, the company is betting on the development of unconventional resources, continuing its growth and leadership in the Austral Basin and reinforcing its commitment to energy development in Argentina and the region.”

Most TOGY interviews are published exclusively on our business intelligence platform TOGYiN, but you can find the full interview with Eduardo Tapia below.

How has the Magallanes Area Incremental Project (PIAM) evolved?
PIAM demanded a total investment of USD 354 million. After a full year of intense work, we achieved a landmark milestone in the project: On November 3, 2017, the start-up of incremental production took place. This meant the achievement of our target of a 60% increase in natural gas production, as well as the increase in the production of associated oil. We moved to an output of 4 mcm [141 mcf] per day of natural gas from the 2.4 mcm [84.7 mcf] per day that was being produced. At the same time, associated crude oil production will see an increase, from the current 800 cubic metres [5,032 barrels] per day to around 1,000 cubic metres [6,290 barrels] per day.
Thus, we have generated a favourable impact on the economic and social activity of the Santa Cruz province, based on a responsible and sustainable operation in the management of vital resources. The value of this is not only reflected in the related investment, but also in the supply of natural gas for the province and the country in general, and in the utilisation of the local workforce for the development of the work on the offshore platforms and onshore installations.
In just 18 months, we managed to do the engineering, mobilisation of the marine support to modify the topside of the AM-2 platform, the tending and connections of a new underwater pipeline between the platform and the coast, and the execution of civil works for the construction of a new compression plant on the coast of the Strait of Magellan, in the area of Faro Vírgenes, among other works.
Working offshore demands great precision in terms of logistics. For example, on days when there are personnel exchanges – twice a week – 10 flights are made, transporting 50 people, with peaks of 60 when PIAM demanded more. At the same time, you have the land and sea movement of cargo. The weather conditions are extreme for most of the year, meaning that the logistics organisation has to be as efficient as possible.

What are the challenges in the offshore sector and what are Enap Sipetrol’s plans there?
The execution of offshore tasks requires high-end technological equipment, since very complex operations are demanded, and specialised know-how applied by highly qualified professionals. The company has this human capital, developed daily and which is up to the challenges to come.
We are currently focused on a growth plan that will project a new company and place it sustainably in a leadership position. The company has great experience in the Austral Basin’s offshore, uninterrupted since 1991 in Magallanes.
Besides that, we are evaluating new acquisition opportunities in offshore areas that will allow us to grow our hydrocarbons supply for the country and the region even more.

What is the company’s outlook in the San Jorge Gulf Basin?
Enap Sipetrol keeps a strategic focus in actively participating in exploratory and development projects, both in mature areas, and areas that demand a higher grade of investment and present technical challenges. In this sense, the results obtained in past years in the San Jorge Gulf Basin have been positive, and the long-term potential of the fields is attractive.

What expectations do you have regarding new labour agreements and their operational impact in basins in which you are present?
Independently of the circumstances, our policy is based on providing all the possible spaces of dialogue with all the legitimate stakeholders, so as to overcome any situation, in a framework of mutual respect and abidance by the laws and norms of the country. In that sense, we always look to maintain fluid communications and interactions with union delegations.
The national and provincial governments, services companies, unions and oil- and gas-producing companies must focus on agreeing on and promoting a sustainable development agenda for the energy sector. We must work to improve the use of natural resources, the development of employment and employability in the industry, as well as the infrastructure and technology used to transform those resources into energy in a sustainable way.

YPF is Enap Sieptrol’s main partner in Argentina. What is the importance of this partnership for Argentine-Chilean relations?
Since Enap Sipetrol’s arrival in Argentina more than 26 years ago, YPF has been a strategic partner for the company. This union has always worked correctly; an example being the continuous operation of the Magallanes area and the excellent development of PIAM. In this sense, the PIAM project was also extraordinary in terms of binational co-operation, being a key element within the framework of the energy integration policy agreed on by the republics of Argentina and Chile.

What is the potential for Enap’s unconventional development projects in the Austral Basin?
Enap Sipetrol has obtained a new area in the south of the Santa Cruz province, El Turbio Este. Its an onshore area of 3,195 square kilometres that will carry an exploratory investment plan of more than USD 47 million in the next three years, starting with 3D seismic acquisition over 1,000 square kilometres.
This new area in the Austral Basin is adjacent to El Coirón, a block in Chilean territory where Enap has been successfully developing tight gas. This allows the company to have a binational approach in the exploration and production of hydrocarbons.
This developed know-how in matters of unconventional exploitation, together with the profound knowledge of the Austral Basin subsoil that comes after 26 years of studying the local geology, positions us in a great place to develop these types of resources.
Thanks to this new exploratory project in El Turbio Este, the company is betting on the development of unconventional resources, continuing its growth and leadership in the Austral Basin and reinforcing its commitment to energy development in Argentina and the region.

How does Enap Sipetrol plan to evolve into an integrated energy company?
Enap is an energy company and works daily to position itself as a key actor in the energy development of Chile and the region. The company seeks to continue this path, diversifying operations that will allow it to become an integrated energy company in the future. Overall, the company has one unique vision: to promote a sustainable energy future for this and the next generations, creating welfare and ensuring efficient and high-quality supply.

What is the importance of the Argentina as an investment destination for Enap?
Argentina is a country with many opportunities for the development of the oil sector. Our Argentina branch is a strategic asset for Enap. As a matter of fact, it is the largest operation that the country has outside of Chile.
The interest in the local offshore and the projects that are being developed, such as PIAM and the adjudication of El Turbio Este, speak of the commitment the company has in the provision of hydrocarbons for the national and regional energy supply.
At the same time, the presence of Enap in Argentina through Enap Sipetrol is fundamental for developing energy co-operation on a regional level. Naturally, as neighbouring countries, we have enormous potential to boost integration and mutual support in this regard.

What goals has Enap Sipetrol established for its operations in Argentina by 2022?
We think about our business in a sustainable, long-term way. In this regard, the strategic plan seeks to continue developing new fields, both onshore and offshore, to continue contributing to the hydrocarbons supply for the country and the region. In this same way, the company aspires to position itself in a leadership position in a sustainable way, providing development for the communities in which it is present.

For more information on Enap Sipetrol in Argentina, including developments at the offshore PIAM project and the company’s onshore assets, see our business intelligence platform, TOGYiN.
TOGYiN features profiles on companies and institutions active in Argentina’s oil and gas industry, and provides access to all our coverage and content, including our interviews with key players and industry leaders.
TOGY’s teams enjoy unparalleled boardroom access in 35 markets worldwide. TOGYiN members benefit from full access to that network, where they can directly connect with thousands of their peers.