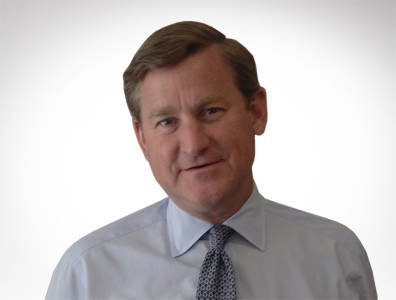 Now that we’ve seen sizable discoveries in Mexico, capital is seeking the best way in.

Attractive prospects for the financial sector

Doug Reynolds, managing director and head of Global Investment Banking – Energy US, as well as head of the Houston office at Scotiabank, talks to TOGY about developments in financing for Mexico’s upstream projects, business trends among oil and gas companies in the current low price environment and prospects for growth in the domestic hydrocarbons industry.

• On the financial sector: “In the debt markets, we see that the bank, as well as the bond markets, are pretty healthy for upstream companies. The credit markets were going through a pretty tough stretch as prices fell during 2015 and early 2016, but they have recovered pretty significantly.”

• On project financing: “This industry is not short on capital and can fund any good idea. The constraint around development capital spending in Mexico or any other place on the planet has very little to do with capital availability, but rather the quality of the opportunity.”

Most TOGY interviews are published exclusively on our business intelligence platform TOGYiN, but you can find the full interview with Doug Reynolds below.

What progress is being made in Mexico and what opportunities are likely to become available?
We are quite positive about the broader scope. There is a lot going right economically in Mexico. We see the emergence of Mexico as a manufacturing powerhouse supplying the US, and as a consumer powerhouse with a growing middle class with more money to spend. Broadly, these are positive things in Mexico, which is probably the main reason we are putting significant capital into the country.
Pemex is playing it smart. The company is taking a particular focus in developing midstream and logistics infrastructure in Mexico, which is extremely important. While we believe the Mexican upstream sector will take some time to develop in volume, we need to consider the build-out of the midstream sector, which will not only benefit oil and gas, midstream and pipelines companies, and Pemex, but also be valuable for the economy in general.
Recent discoveries, notably by Sierra, Talos and Premier, are extremely encouraging in the upstream.

How have financing trends for upstream projects changed since 2014?
Globally, the industry has gone through a significant change in commodity pricing since 2014. Some companies and basins have reacted well, and others were not as quick to change their cost structures and profiles to compete in this new era of USD 40-50 barrel prices.
For those basins that have done well, the amount of equity and financing flowing into those markets after the downturn in prices has been significant. The industry has seen almost USD 100 billion of new equity, both from the public and private equity markets.
In the debt markets, we see that the bank, as well as the bond markets, are pretty healthy for upstream companies. The credit markets were going through a pretty tough stretch as prices fell during 2015 and early 2016, but they have recovered pretty significantly.

What financing opportunities exist in Mexico’s upstream sector?
The conversations we are having with some of the independent Mexican companies are about financing these opportunities, and RBL [reserve-based lending] comes up a lot. There is a bit of an education process going on in Mexico in terms of what the RBL structure is and how you can put it in place.
Some companies are looking for financing to get these exploration blocks into development and, later, into production, which requires a different kind of financing. Recent discoveries indicate we could see production increases soon.
Many of the companies looking for upstream assets in Mexico are hoping that Pemex will get some of its service contracts to migrate and start putting up assets with flowing oil. Theoretically, you would then be able to get RBL or other financing against that and use the capital for exploration projects. There seems to be cautious optimism. We are not quite there yet.

In which areas of Mexico is Scotiabank focusing on for project finance?
We have some capital allocated to downstream services, but the bulk of our capital and efforts is focused on the upstream and midstream sectors, where most of the spending activity occurs. I assume that we will continue that trend.
This industry is not short on capital and can fund any good idea. The constraint around development capital spending in Mexico or any other place on the planet has very little to do with capital availability, but rather the quality of the opportunity. The Vista IPO is a great example. If you show me a good opportunity anywhere in the world, I should be able to drop billions of dollars into it overnight. Now that we’ve seen sizable discoveries in Mexico, capital is seeking the best way in.

Do you expect the level of mergers and acquisitions to continue at higher levels among IOCs, or in contrast, among SMEs in the industry?
There is a lifecycle. We see smaller groups getting together at the very ground level in places such as in Midland, Texas. We see that natural progression occurring in all growth basins.
When barrel prices stood at USD 100, the industry added a number of costs and functions, such as exploration teams to search for scarce resources to deliver oil at above USD 85 per barrel. Those projects, teams and function are no longer viable in a world with USD 50 barrel prices. They are rapidly being shed, whether it’s by an IOC, a NOC or an independent. Those changes are painful.

In the future, will there be an interest in financing shale projects in Mexico?
We tend to follow our clients and our clients tend to be active in many places, including shale projects. We could arrange financing for the right opportunity, particularly if it was analogous to a US shale project. Those are the types of projects that the banking industry and the energy industry would love to do. Pemex and the Mexican government are very well aware of the broader global interest in investing in Mexico.

How mature is Mexico’s financing market?
In terms of upstream financing, Mexico is still a very young market, but it is developing quickly. The Mexican oil and gas banker did not exist a year ago when the sector was wholly controlled by Pemex. Typically, BHP, Chevron, Statoil and similar companies have corporate or parent financing. They make their own investments.
Many smaller companies made their initial investments with private equity backing. Local players, including Sierra Oil & Gas and Vista, are backed by US private equity. The game for those types of companies will be to see what they can do with the blocks they have acquired, many of which are exploration blocks, in which companies will have to make discoveries and then develop them. Once fields are closer to producing oil, banks will also come into play.

How has anticipation regarding NAFTA renegotiations impacted Scotiabank clients’ investments in Mexico?
As a Canadian bank with a heavy presence in the US and Mexico, we are committed to the idea of trade. We will work within the construct of whatever the regulatory environment is, across all three jurisdictions. However, it appears that some of the oil and gas legislation around hydrocarbons globally is sometimes moving at a different pace than other trade negotiations. For instance, when NAFTA came into effect, it didn’t have as big of an impact on our industry as it did on others.
We are excited to see hydrocarbons trade and investment flows going in both directions – to and from Mexico. This is a very important market filled with customers, who have increasing access to capital. The industry is hopeful for the continued progress that is being made in terms of Canadian and US investment in Mexico, as well as the continued trade flow of Mexican oil sold in the US.

How has the industry adapted to operate in a low oil price environment?
US unconventionals are moving from the exploration or discovery phase towards the full-field development phase. As the industry heads into full-field development mode, it is becoming dramatically more efficient. Structural movements, such as multi-well pads will continue to drop per-well costs, completion and full-well costs. This kind of efficiency is needed to work in a low price environment.
The speed at which the industry decreased costs has been one of the major surprises over the past couple of years. Naturally, we also saw downward pressure in services prices as activity dropped. We are starting to see a reverse, particularly in completions. However, the industry made structural changes to the way it went about its business, both through drilling pads and a move towards longer laterals, which drains more volume off of fewer wellbores.
The amount of technology that is being utilised – the way companies are drilling, the way they are thinking about staying in-zone, the way people are looking at completions – is creating big efficiencies. Some of these efficiencies raise EOR, some reduce costs, and the combination is impressive.
We are seeing a lot of structural efficiencies come through. In 2014, we probably would not have been able to foresee the positive changes that stemmed from those efficiencies.

For more information on Mexico’s banking and finance sector, see our business intelligence platform, TOGYiN.
TOGYiN features profiles on companies and institutions active in Mexico’s oil and gas industry, and provides access to all our coverage and content, including our interviews with key players and industry leaders.
TOGY’s teams enjoy unparalleled boardroom access in 35 markets worldwide. TOGYiN members benefit from full access to that network, where they can directly connect with thousands of their peers.