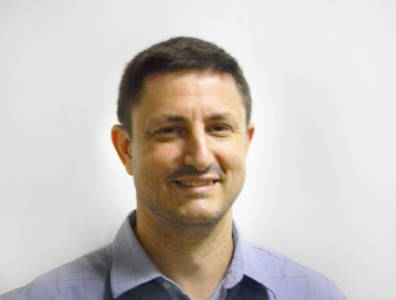 “We have been operating in Equatorial Guinea since 2005 and have witnessed the country’s ports go from empty to bustling in just 10 years. The infrastructure is new and can manage far more capacity than it is currently handling.”

Can Malabo free trade from bureaucracy?

Bioko Island’s proximity to Cameroon, Nigeria, Gabon and Ghana presents an opportunity to develop the island into a logistical centre for the region’s oil and gas market. In order to maximise its potential in this role, an electronic trading system should be implemented to streamline the country’s Customs processes and associated bureaucracy.

Equatorial Guinea is in an ideal geographic location for it to operate as a logistics centre for the oil-rich Gulf of Guinea. The country has made great progress in its logistical capabilities in recent years, but key services for the energy industry such as imports and exports continue to be hampered by outdated Customs processes.

The country has recently improved its technological infrastructure and is now capable of implementing an electronic trading system similar to ones that are already in place in neighbouring countries such as Ghana and Gabon. Equatorial Guinea’s capacity to handle Customs has increased exponentially since 2000, according to Nabil Beers, operational manager of Akon Logistics Management, a logistics, freight forwarding and customs brokerage company serving the country’s oil and gas industry.

“We have been operating in Equatorial Guinea since 2005 and have witnessed the country’s ports go from empty to bustling in just 10 years. The infrastructure is new and can manage far more capacity than it is currently handling,” Beers told TOGY.

The country is home to the K5 port in Malabo and Luba Freeport, two projects the government continues to invest in. Some companies are already using Malabo as a cargo centre, using large ocean liners to transport goods to Bioko Island and then redistributing the goods via trans-shipment to smaller ports, in northern Angola for example.

PAPER TRAIL: Despite this progress, all Customs declarations in Equatorial Guinea are still done on paper, leading to lengthy bureaucratic processes. The procedure for importing and exporting goods has multiple stages: a Customs process, a documentation process and the payment of the Customs duty.

Some efforts have been made to shorten timelines for the companies working within the oil and gas industry and other key sectors such as construction, but a number of manual steps are still mandatory, resulting in longer handling times.

The process is overseen and regulated by the Ministry of Economy, Trade and Business Promotion. The volumes of paper required for handling are so high that special industrial-sized printers have had to be installed. This system limits the volume of goods that can move in and out of the country, resulting in an overall slower pace of business for all international companies working in Equatorial Guinea.

SHORT-TERM ANSWER: In the short term, to successfully evolve into a regional logistics centre, it is necessary for Customs authorities to spell out required Customs processes for transit activities by concentrating on speeding up processes, communications with brokerage firms and becoming more user friendly. Options need to be made clearer and processes must be standardised.

“Operations can proceed with the current system, but with new activities such as processing, goods in transit or temporary storage in Equatorial Guinea, it is not always 100-percent clear how things work to the Customs broker and if it will continue to work that way tomorrow,” said Beers. “Unambiguous processes for trans-shipment cargo and cargo in transit in bonded storage would be very useful,” he added.

FOR THE FUTURE: The implementation of an electronic Customs system would be a long-term answer and a prerequisite to establishing the country as a logistics centre for Central Africa. An automated system with an electronic submission and payment system would speed up and streamline the Customs process, improving turnover. Companies would be able to manage more volume and the ports could grow and increase capacity.

CONNECTED: An electronic Customs system can now be introduced to Equatorial Guinea because the country has been linked to the West African ACE submarine fibre-optic cable that has connected Africa to Europe since 2012. This has made the Internet speed in Equatorial Guinea four to five times quicker. Previously, the country relied on satellite communications systems or small aperture terminals that only offered low-speed connections for expensive rates, rendering an electronic Customs system unviable.

LEARN FROM YOUR NEIGHBOURS: Gabon, Congo and Equatorial Guinea share the same Customs regime. Oil-rich regional neighbours Gabon and Ghana implemented electronic interfaces for their Customs infrastructure in the early 2000s. Gabon’s system tracks full duty shipments to the receiver of the goods. The system in Ghana is efficient; once the Customs payment is confirmed to have arrived in the appropriate bank account, it is done.

“Equatorial Guinea is trying to enforce the payment of full duties, which is good for its coffers, but it is actually slowing down the country’s own cashflow by putting bureaucracy in the way of business,” said Beers. Governments must find a way to balance control and liquidity.

For more news and features from Equatorial Guinea, click here