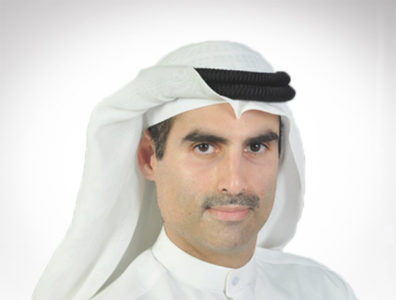 Kuwait is basically doubling its capacity of rigs and is releasing many tenders. 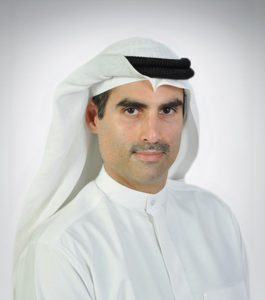 Capacity for growth in Kuwait

Assaf Al Salem, managing director of Al Tharwa Al Muttahida General Trading & Contracting, talks to TOGY about demand for automated rigs and how the government is working to attract international companies to the market. Tharwa Contracting provides services in equipment trading, EPC contracting and chemicals, and focuses on partnerships with international firms.

Is there an appetite in the market for rolling out automated rigs?
Absolutely. Automation is crucial due to the extreme temperatures during the summer months. We have temperatures of more than 50 degrees and Kuwait can’t risk shutdowns because of the heat, so automated rigs are important. The operator sits in an air-conditioned cockpit.
Kuwait is basically doubling its capacity of rigs and is releasing many tenders. There is activity in North Kuwait and there are many areas that have been discovered recently. Many surveys are being released to increase the scope of drilling. In Kuwait, the prime activity always has been and will be drilling.

How has the establishment of the Kuwait Direct Investment Promotion Authority (KDIPA) proven to be an opportunity for agents?
We are not a silent agent. We are very involved in many of the principal’s activities in Kuwait. Sometimes an agent is not involved in small details like Customs clearance, gate passes, visas and relationship management. We involve ourselves in different ways to get the job done.
The shift from the agent model to KDIPA is happening at the mega-project level, and this shift has created an opportunity because the large companies in Kuwait aren’t getting the support they need. We currently do consulting work for companies that have their own active agents and their own KDIPA licence.

We have recently seen an IOC exit the market. What is the government doing to attract internationals?
There are only three business models available at the moment: TSA [technical services agreement], ETSA [enhanced technical services agreement] and PMO [project management office]. The first two are currently being carried out by Shell and BP. An initial PMO was released and awarded for the offshore projects. This business model is unique to Kuwait; IOCs don’t work this way anywhere else and therefore it is a big challenge to attract them to the country.
There is a task force looking at how to provide solutions and make IOC participation more comprehensive while taking full consideration of the constitution and the protection of Kuwait’s fortune. It includes several IOCs, who are addressing ways of making it attractive to do business here. This means you will see more endeavours similar to Equate, which is a co-operative effort between Dow and PIC.

Could you walk us through KOC’s soil remediation activities and the Kuwait Environmental Remediation Programme (KERP)?
With Biogenesis we had one of the SEED [Sustainable Environmental Economical Development] projects funded by KOC, which was larger than any of KERP’s planned projects. Each SEED’s scope was about KWD 50 million [USD 164 million]. This was to treat the oil lakes that resulted from years of drilling. Over 50 years they were never treated. There are huge lakes of oil in the desert seeping into the ground and leaking into the water table.
Treating them is a major new undertaking. There is no pollution in the world like the oil lake pollution in Kuwait. When these things happen in Canada or the US, they clean them up immediately, but this one has been under the sun, rain and dust for 25 years.
The SEED programme was a good platform to evaluate the technology. There were three big SEEDs of KWD 50 million each. One burned the oil lakes, one did washing of the sand and one did bacteria, but the bacteria died because it was too hot. We finished by using a cleaning technology. KOC then moved on to KERP, which hasn’t started yet.
As for the KERP programme, they decided to go with bacteria, and that’s what they tendered for. The methodology was to send samples of the oil where the bacteria was tested, and it worked.

How would you characterise the state of affairs in Kuwait’s oil and gas industry?
In terms of the oil sector, a lot has happened in the last two years. The CFP [Clean Fuel Project] and NRP [New Refinery Project] have almost come to a conclusion. They were funded well and project management was excellent. Those projects define where Kuwait’s focus is.
The big development in the last two years is the release of the Olefins 3 tender. This involves an input of propane and LPG with an output of propylene, which is very much in demand.

How important is offshore development for the sector and what might be the technical challenges associated with it?
Kuwait is embarking on greenfield activity that is incredibly important. This is a diversification of Kuwait’s production of its natural resources. It’s a step away from crude to a new sector. The world is moving toward gas.
Right now, there is exploration being tendered and awarded. Halliburton will carry out the exploration drilling. The PMO was awarded to a consulting company to provide the framework. It’s a comprehensive job with KOC to provide the framework for commercially planning the project and integrating the exploration, data analysis and drilling activities. This PMO also considers construction planning and vessel usage.