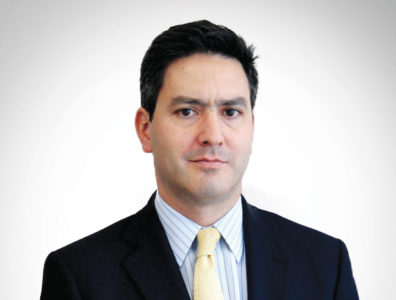 We are getting better at identifying demand and supply for natural gas. It’s a challenging job because everything is changing quickly in Mexico.

David Madero Suárez, general director of the National Centre for Natural Gas Control (Cenagas), talks to TOGY about the maintenance and modernisation of its pipeline system, as well as identifying Mexico’s supply and demand to help increase gas accessibility through new access points and interconnections.

Cenagas was created in August 2014, following the passing of Mexico’s energy reform, as an administrative entity that provides gas transportation oversight and as the technical system operator of the integrated gas transportation grid. Cenagas operates Mexico’s more than 10,000-kilometre National Integrated Gas Transportation and Storage System (Sistrangas), and an independent 355-kilometre pipeline in Sonora.

On company plans: “You will not see big corporate changes or big financing operations in the short term coming from Cenagas. In the medium and long term, you can expect to see some more interesting leverage operations.”

On nationwide developments: “The main objective of Cenagas is to provide gas security, and everything we are doing is geared towards that. We believe that the massive build-out of infrastructure that is going on right now is a very important part of it.”

Most TOGY interviews are published exclusively on our business intelligence platform TOGYiN, but you can find the full interview with David Madero Suárez below.

What operational achievements has Cenagas had since it took over Pemex’s pipelines?
In the first half of 2016, we were starting day-to-day works and planning how to break away from Pemex in all management, legal and financial services contracts, since these had partial early termination clauses. In the second half of 2016 and the first half of 2017, we took all management responsibilities in our hands and began a search for companies willing to provide operational maintenance for us through contracts.
We have a 10,000-kilometre pipeline system and we are offering 20% of that in four different tenders for operational maintenance contracts. By the end of 2017, three maintenance contracts were assigned with a private and a public company for maintenance on 1,393 kilometres. The contract for Veracruz-Puebla-Tlaxcala-Mexico state-Hidalgo was assigned to Plog [Pemex Logística], while the two contracts for the northern-central Mexican pipelines Chihuahua-Coahuila-Durango and Sonora were awarded to PJP4.
We are now hoping to find companies to work for us in four operation and maintenance contracts for 1,834 kilometres of high-pressure natural gas transportation pipelines. The contracts we are offering will not include work on the integrity of the pipelines or carrying out the repairs that need to be done once we diagnose faults in the system. Nevertheless, the contracts do require physical presence for day-to-day operations and to help deal with any operational emergencies.

What will Cenagas do under the five-year plan published in 2017 with the Secretariat of Energy and the Energy Regulatory Commission?
We will follow through with overseeing all the projects that are being built in the country resulting from the first five-year plan. Furthermore, to enhance security, we will try to interconnect our pipeline system with all the new pipelines that are being built. We will also emphasise the need for underground natural gas storage, although we still do not have a precise location planned.
We are getting better at identifying demand and supply for natural gas. It’s a challenging job because everything is changing quickly in Mexico. However, we believe that in a few years’ time we will be the organisation with the best capacity to do short-term or medium-term forecasting of the supply and demand in Mexico.

What strategic projects did Cenagas work on in 2017?
We had two projects remaining, one strategic and one social. The strategic project goes from Jáltipan, Veracruz to Salina Cruz, Oaxaca. It connects the Gulf of Mexico coast to the Pacific coast at the Salina Cruz refinery. At this time, we have a 12-inch-diameter pipeline working there. The capacity to transport now is 90 mcf [2.55 mcm] per day with compression, and we are presently using about half of that for the refinery.
Pemex plans to do a co-generation project that would increase the consumption in Salina Cruz by at least another 100 mcf [2.83 mcm] per day, hence, our current pipeline is insufficient to provide the gas we need to cover the coast of Oaxaca.
The only issue is timing. Pemex envisages this co-generation gas demand somewhere around 2022 and we still have idle capacity today. To achieve efficiency, the project must be built just in time for the increasing demand.

Which other projects are being considered within the company’s priorities?
The other pending project is a social project from Lázaro Cárdenas, Michoacán to Acapulco, Guerrero. The social project status implies that the federal government has identified that this natural gas supply project would help to speed up development in the region, even if there is no current demand.
Guerrero is one of the Mexican states that most needs economic development. Cenagas has been looking at the possibilities of this route, along the Pacific coast of Guerrero. Nevertheless, we are also looking at the possibility of bringing gas from Morelos, extending the current pipeline to Chilpancingo – the capital of Guerrero – and from there, up to Acapulco. The benefit of the other route is that it goes through locations with more population and economic activity.
Cenagas has formed contacts with the governments of Guerrero and Michoacán to to identify whether we need more gas in Lázaro Cardenas. We are therefore looking at the possibility of building a compressor station in Michoacán under a contract with a third company.
Even if this project initially doesn’t reach Acapulco, it could start by enhancing gas availability in Lazaro Cárdenas and bringing gas supply to the bordering municipalities of Michoacán in the state of Guerrero, particularly because a special economic zone is being created in the Pacific coast municipalities of both states.

What capabilities does Cenagas have to help increase gas accessibility?
The main objective of Cenagas is to provide gas security, and everything we are doing is geared towards that. We believe that the massive build-out of infrastructure that is going on right now is a very important part of it. Further along, these major gas highways will allow smaller projects to take natural gas to more locations in the country.
Interconnections are very important because we do not want to have two overlapping systems that do not have the possibility of transferring gas from one place to another in a convenient way. We will identify those that are more important and try to come up with resources together with the other companies. We believe that both systems will benefit from having the possibility of moving gas between them.
The five-year plan, the possibility of tendering projects, modernising the way the natural gas transportation system works, coming up with a network code so that we collaborate in a better way with those transportation pipelines in our system and collaborating with other companies that are not part of our system is all geared towards having better gas security in Mexico.

Which financing instruments is Cenagas taking into consideration to expand its operations?
Cenagas is a company with financial statements that are relatively sizable in the Mexican business landscape. Our gross revenues make us consider infrastructure and investment trusts such as a Fibra E [infrastructure and investment trust] to obtain financial resources. We also look at the corporate changes that we would need to make to do so.
If we can continue to create good financial numbers in 2018, we will have had a history of good financials for three consecutive years. Audited financial statements will give us a good opportunity to tap the markets in the future.
You will not see big corporate changes or big financing operations in the short term coming from Cenagas. In the medium and long term, you can expect to see some more interesting leverage operations.

What did you achieve in 2017 and what are the company’s objectives or expectations for the foreseeable future?
In first place, a successful open season for capacity in the integrated pipeline system saw 97% of the published capacity placed in 37 firm-based capacity contracts. Thus, we now have 79 natural gas transportation contracts with the new firm-based capacity contracts added to the interruptible and pre-existing contracts.
Furthermore, we have achieved a new process where people can obtain capacity in incoming pipelines. In a first event, Pemex offered 753.722 billion Btu per day in a pipeline system that connects Agua Dulce, Texas to Camargo, Tamaulipas. Three companies were together awarded 220.741 billion Btu per day. BP Energía Mexico, a new natural gas trader, obtained most of that. In the second and third events, the national electricity utility, the CFE [Federal Electricity Commission], offered 2,276,337 Btu per day from west Texas to bordering points in the states of Chihuahua and Sonora.
Finally, we expect Cenagas to continue moving more gas as the entire integrated system is fully conditioned, and see it spending more on maintenance and modernisation of new software and equipment.
Financially, we are still expecting to create value for our shareholder, the Mexican federal government. We will do so while providing safe and reliable gas transportation services for the whole country.

For more information on how Mexico’s natural gas industry is developing, see our business intelligence platform, TOGYiN.
TOGYiN features profiles on companies and institutions active in Mexico’s oil and gas industry, and provides access to all our coverage and content, including our interviews with key players and industry leaders.
TOGY’s teams enjoy unparalleled boardroom access in 35 markets worldwide. TOGYiN members benefit from full access to that network, where they can directly connect with thousands of their peers.