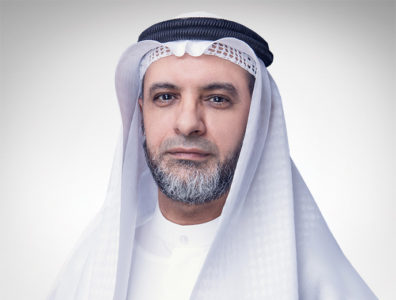 Long-term relationships are very beneficial in this market.

TOGY talks to Fahad Al Dihani, deputy CEO for the Mina Al Ahmadi refinery at Kuwait National Petroleum Company (KNPC), about the progress of the Clean Fuel Project (CFP) and its anticipated impact. KNPC is the state-owned refining company of Kuwait.

KNPC, the downstream arm of Kuwait Petroleum Company, is involved in crude oil refining and LPG processing activities in Kuwait, along with the distribution of petroleum products, including fuel gas, ethane, LPG, petrochemical naphtha, petrol, kerosene, diesel, fuel oils, and other specialty products, such as sulphur, petroleum coke and bitumen. Additionally, the company owns and operates around 39 filling stations that provide petrol, gas oil and kerosene. KNPC plans to invest USD 40 billion by 2022 in a variety of projects aimed at strengthening its capabilities and ensuring its refined products meet the environmental standards of importing markets.

• On the CFP: “The new CFP block is designed for optimum energy efficiency in line with excellent projects and state-of-the-art technologies.”

• On sustainability: “Sustainability is a message. We are expressing that we are here to serve the community and not to destroy the environment. We are undertaking a lot of initiatives to this end.”

Al Dihani also discussed the background of the Mina Al Ahmadi refinery and new technologies to be deployed at the facility. Most TOGY interviews are published exclusively on our business intelligence platform TOGYiN, but you can find the full interview with Fahad Al Dihani below.

What is the progress of the CFP’s Mina Al Ahmadi package?
The Mina Al Ahmadi package is ongoing and proceeding very well. We are at about 76.6% completion. This is not only the greenfield side, but we are doing a lot of brownfield work as well. It is going to be connected with existing units. The close to 1,700 tie-ins connecting the existing units with the new ones are progressing well.
Our plan is to meet the scheduled commissioning date of December 2017. The formed commissioning team recruits operation engineers, operators and other required skilled technicians.
The CFP is going to be one integrated refinery meeting international specifications such as Euro 4. We are going to be producing high-standard products to meet our customers’ requirements as well as the energy needs of the international and local market.

How will the CFP increase Kuwait’s downstream competitiveness?
The new CFP block is designed for optimum energy efficiency in line with excellent projects and state-of-the-art technologies. The CFP will provide high-specification products, for example gas oils with ultra-low-sulphur reaching around 10 ppm or less.
We will be providing kerosene – aviation turbine kerosene (ATK) and dual purpose kerosene (DPK) – with the same high specifications. These specifications are required in order to meet the international standard for environmental protection as per the global warming agreements [the UN’s 2016 Paris Agreement] and emissions regulations.
The world is moving towards stringent specifications. Most of our products are going to Asia. We used to market high-sulphur products in Asia, but no longer. We are removing sulphur from our products. Higher-specification products are going to add to the Kuwaiti economy. In addition, within Kuwait, we are going to be using high-quality products such as petrol, kerosene and diesel for the reduction of emissions. They are very clean; that is why it is called the Clean Fuel Project.
We will definitely target new markets and maintain our customers as well. We are marketing about 72% of our products in Asia and 12% in Europe. Some of our key Asian markets include China and India. If we improve fuel quality, then we are going to be targeting Europe again. It is part of being competitive. KPC has their own long-term customers they would like to maintain and satisfy also. Long-term relationships are very beneficial in this market.

What are some of the innovative technologies that the Mina Al Ahmadi refinery will feature?
It will use the latest technology for residue desulphurisation. We are going to build a fully automated new coker unit needed to make the refinery a full-conversion refinery. From all products, we will take whatever is left and process it in the coker to get the last squeeze, the bottom of the barrel. That is why you call it the coker, because in the end you get industrial coke.
The distributed control systems and catalysts are all the latest technologies. Mina Abdullah will also get FCC [fluid catalytic cracking] units. We revamped our FCC unit a few months back using the latest technology on the reactor. We have increased the unit’s throughput from 40,000 to 43,000 bpd and the draw-off of petrol has increased on the basis that we are throwing diesel [downsizing diesel production]. We are producing less diesel and more petrol, which is more valuable to us. In December 2015, the revamp was commissioned.
Another major technology implemented is the improvement of SCOT [Shell Claus Off-gas Treating] economics by increasing the energy efficiency of the process through the introduction of a new, low-temperature SCOT reactor. This is the latest achievement. [In February 2017] the main power station in Ahmadi that supply electricity to the CFP was commissioned.

What are the key sustainability elements that KNPC implemented in this refinery project?
Sustainability is a message. We are expressing that we are here to serve the community and not to destroy the environment. We are undertaking a lot of initiatives to this end. One initiative is the odour management system. A few years back, there were complaints about the smell from people passing by the refinery and even people living in the Fahaheel area close by. We initiated a programme to tighten our pumps and flares, among other processes to reduce odour. We have received feedback from people saying, “We don’t smell anything anymore.”
We also have a programme in which whenever someone sees a problem, they can call a number for assistance, even from the highway. It is similar to a help line, and people liked it.

Could you tell us about the history of the Mina Al Ahmadi refinery?
Since the discovery of oil in 1938, development and prosperity began to pump in the veins of this nation and [this was furthered] by the idea of setting up an oil refinery in 1946.
During the reign of the late Sheikh Ahmad Al Jaber Al Sabah, may God rest his soul, the refinery was indeed built and it went into operation in 1949 under Kuwait Oil Company with a capacity estimated at 25,000 bopd (which then rose then to 30,000 bopd), coinciding with the construction of the eight-berth South Pier.
Meanwhile, the first electricity generating station and seawater desalination plant were constructed, which contributed significantly to the eliminating the shortage of fresh water in Kuwait.
In 1958, Bechtel Corporation built two additional units and therefore increased the production capacity of the refinery to 26,000 bopd. The North Pier was then constructed to accommodate the increase in the production capacity. The pier has four berths to export crude oil and its derivatives.
Growth continued and in 1978, the gas liquefaction project was implemented with a capacity that reached 1.68 bcf [47.6 mcm] per day. In 1979, the asphalt unit was constructed with a capacity of 12,000 bpd.
In 1980, Kuwait Petroleum Corporation was established and the oil sector was restructured. Mina Al Ahmadi [became part of] Kuwait National Petroleum Company to launch one of the biggest projects to revamp the refinery in 1984. The project was done through two stages, namely the Refinery Modernisation Project and the Further Upgrading Project. It comprised the oil refining units and hydrogen cracking unit, fluid catalytic cracking unit and sulphur and gas treating units.
This came in addition to the supporting units to preserve the environment after the establishment of the aromatics unit in 1998. Lead was not added anymore to gasoline and was replaced TML & MTBE helping to keep pace with international recommendations to preserve the environment. The acid gas removal plant (AGRP) was established in 2001 with a capacity of 146 mcf [4.14 mcm] per day. In 2002 the diesel desulphurisation unit was set up to cope with the requirements of international markets and this was subsequently followed by the establishment of the two petrol units in 2004 with a capacity of 36,000 bpd.
In 2005, the gigantic project to establish a new South Pier containing seven berths started. It was constructed according to the latest technology to receive large vessels with a loading capacity of 160,000 tonnes.
In 2009, the old South Pier was restored and converted into a pier to import LNG to supply power generation plants with energy. In addition, the industrial wastewater unit was revamped in 2012. The development and growth did not end there, as in 2010 the fourth liquefied gas unit project began and it is now in its final stages. It will function with a capacity of 800,000 cubic feet [22,656 cubic metres] per day.
In addition, the second acid gas removal unit was constructed with a capacity of up to 230,000 cubic feet [6,500 cubic metres] per day. The Clean Fuel Project (CFP) was launched and its first stages were implemented. The project is designed to meet Kuwait’s need for petroleum products with low sulphur content that meet global environmental standards.

For more information on KNPC and Kuwait’s downstream sector, see our business intelligence platform, TOGYiN.
TOGYiN features profiles on companies and institutions active in Kuwait’s oil and gas industry, and provides access to all our coverage and content, including our interviews with key players and industry leaders.
TOGY’s teams enjoy unparalleled boardroom access in 34 markets worldwide. TOGYiN members benefit from full access to that network, where they can directly connect with thousands of their peers.