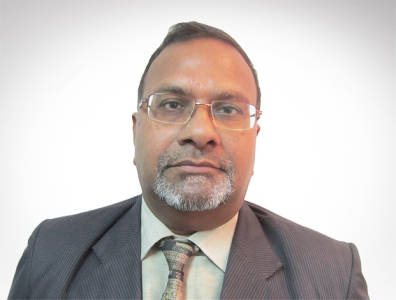 We are importing over 10% of Angola’s production. We would be interested in going beyond to become close partners.

• On investment: “Indian businessmen are interested in Angola, but they need some hand-holding and information about opportunities and how to conduct business.”

• On upstream: “ONGC Videsh and Reliance have tried to come to Angola. For various reasons they were unsuccessful. We would be very happy to bring them to Angola.”

• On trade relations: “The government of India has in the last three years focused on its relationship with Africa. Our prime minister is coming to deepen the ties.”

Most TOGY interviews are published exclusively on our business intelligence platform TOGYiN, but you can find an abridged version of our interview with Sushil Singhal below.

Could you outline Indian and Angolan energy relations?
We have close economic ties with Angola. We are the second-largest importer of crude from Angola after China. Our balance of trade was in the range of USD 6 billion in 2013. This came down to USD 1.69 billion in 2016 owing to the obvious factor that oil prices have gone down. Most of the imports are crude oil. We have also taken one or two consignments of gas from Angola. The requirement for natural gas in India is huge. We are sourcing it from wherever possible, including Angola.

What refined products do you export to Angola?
These are not purchased directly by Angola. India has a refining capacity of about 250 million tonnes, but it consumes in the range of 150 million tonnes. About 90 million-100 million is exported, but this is all over the world, not just to Angola. It could pick up here, but there are no direct contracts as far as I know. These are normally commercial contracts done on the spot.

What opportunities are there for Indian exploration companies to come to Angola?
We are interested. ONGC Videsh and Reliance have tried to come to Angola. For various reasons they were unsuccessful. We would be very happy to bring them to Angola. We are importing over 10% of Angola’s production. We would be interested in going beyond to become close partners. It is logical. As the opportunities come, certainly more companies will be looking for them.

What are the aims of the brand new India-Angola Chamber of Commerce?
We have a relationship with Africa in the form of the India-Africa Foreign Summit. The third edition of that took place in October 2015 in New Delhi. For the first time we invited all heads of state. The vice-president of Angola attended that delegation. At that time, our prime minister, Narendra Modi, announced that over a five-year period, we would grant lines of credit totalling USD 10 billion for Africa and undertake projects around USD 600 million. We would also provide 50,000 scholarships to students and others in Africa.
As part of that initiative, the government of India has started sending out Indian experts to conduct classes in different countries. With Apiex, we conducted a training programme for about 90 people, most of them entrepreneurs, to make them aware of international practices for exports and imports. The professors were from the Indian Institute of Foreign Trade based in Delhi.
India and Angola have had a long relationship and trade ties. Unfortunately, we did not have any institutional organisation for businesspeople to interact. After discussions with businesspeople, including Angolans in India and Indians based here, we agreed that it was high time to have a chamber of commerce. It was inaugurated on October 3, [2017] by me and the commerce minister of Angola.

What are your hopes for the India-Angola Chamber of Commerce?
Using it as a lobbying institution is not a good idea. It should provide a platform where all the partners can interact and share information. It could become a bridge for businessmen between the two countries. In my experience there are a lot of opportunities for both sides, but there is a lack of information on both sides.
As recently as May 2017, the minister of economy led a business delegation to India and did some roadshows in Chennai and in Mumbai, and this fact came home very clearly. Indian businessmen are interested in Angola, but they need some hand-holding and information about opportunities and how to conduct business. The chamber can play a very important role in this regard.
There is a language problem. Portuguese is not spoken much in India outside of Goa. If we have an institution that can interface between the two sides, it would be helpful for both sides.

What is your vision for the embassy in the coming years?
The government of India has in the last three years focused on its relationship with Africa. Our prime minister is coming to deepen the ties. Presently our bilateral trade with Africa has reached about USD 60 billion. By 2050, some experts say the combined GDP of India and Africa will reach USD 35 trillion with a population of 4 billion. There are a lot of opportunities. The embassy has to play a significant role. We have added capacity here and new posts because we realise we need to be more focused on our relationship and deepening our ties. We have to be more ambitious.