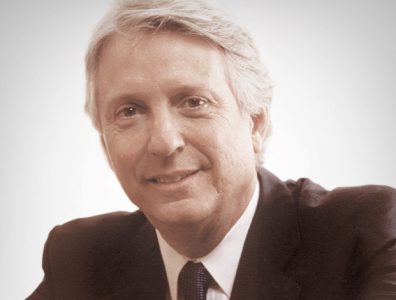 When facing the mid-term future, the challenge for Colombia rises as Mexico takes the first steps to open its oil and gas industry to international players.

As production continues to increase in Mexico and Venezuela, Colombia is trying to maintain its allure for foreign investors. Luis Giusti, senior advisor for energy and national security at the Center for Strategic and International Studies, underscores the importance of the reorganisation of the oil and gas administration that began in 2003.

Álvaro Uribe, Colombia’s president between 2002 and 2010, had a clear vision of the country’s opportunity in the oil and gas industry. He understood that in a global world with steadily growing demand for oil and gas, Colombia had a window of opportunity resulting from the impaired oil and gas industries of both neighbouring giants.
While Colombia has proven reserves of only 2.6 billion barrels, Venezuela has proven oil reserves of more than 150 billion barrels and Mexico has around 15 billion barrels of proven reserves and some 40 billion barrels of semi-proven.
In the long run, it was very unlikely that Colombia could compete with either one of the two, but in the short term, Colombia could become more attractive by offering better conditions to investors and thus attract foreign capital.

REORGANISED TACTICS: This vision was achieved by reorganising the oil and gas administration into a new triangular institutional model, a tactic that had already proved successful in Norway and Brazil.
The government retained its role as policymaker, while a new agency, the Agencia Nacional de Hidrocarburos (ANH), including the national oil company, Ecopetrol, became the regulator and administrator of the oil and gas industry.
The third vertex of the triangle was the operation of the oil and gas industry within the official policy framework and under the supervision of the ANH.
The implementation and consolidation of the new system translated into arresting the declining production at around 500,000 barrels per day and reversing it into a growing trend. Production is now nearly 1 million barrels per day.

HEAVY COMPETITION: When facing the mid-term future, the challenge for Colombia rises as Mexico takes the first steps to open its oil and gas industry to international players.
However, Mexico’s first bidding round for hydrocarbons plays in shallow waters went through a setback with most potential participants refraining from the bidding. The combination of a 70-percent income tax, the fiscal recognition of only 60 percent of the costs and a 25-percent mandatory national component in supply of equipment and services most likely gave oil companies cold feet.
However, Mexico’s recently created national agency, the National Hydrocarbons Commission, has learned fast and began making adjustments, leading to a successful second round and a much better outlook for the oncoming offerings.

ANOTHER NEIGHBOUR: Venezuela also poses a threat to Colombia as it is once again opening up its industry for international companies. Chevron, China’s Sinopec, Spain’s Repsol, Italy’s Eni and Russia’s Gazprom are getting into operations in Orinco Belt’s oil accumulations.
Production is already increasing and speculation is that about 100,000 barrels per day have been added. This new Venezuelan production targets the Chinese market and is aimed at paying a large debt of around $60 billion-70 billion. Also, it is extra-heavy oil that beyond a certain volume will require building upgrading plants.

DIFFERENT BIDS: Another issue concerns the bidding rounds. Standard bidding rounds have lost much of their appeal over time, which is clearly shown by the large quantities of blocks that are not awarded in recent offerings.
The Colombian authority should consider returning to “the white map,” referring to all those prospects that remain in the hands of the ANH, which could be open for bilateral proposals by oil companies. Many blocks in the country were returned and added to other areas that have yet to be tackled, all of which could be open to proposals.

RIGHT ANSWERS: The above-mentioned obstacles can be overcome with proper recognition and analysis. The driving force should be the need to recapture the attention of the oil and gas world.
Colombia’s institutional framework, its contract terms and their sanctity and the now competitive services sector show that it ready to take on these new challenges.

For more news and information on Colombia, click here.