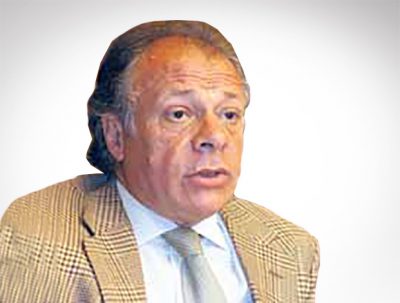 Interest rates are higher in Argentina, so foreign companies have a clear financial advantage compared with local ones.

• On financing: “Local companies of our size must compete for financing in unequal conditions. Financing from Argentine banks is more expensive than financing from foreign banks, which foreign groups can do. Interest rates are higher in Argentina, so foreign companies have a clear financial advantage compared with local ones.”

Most TOGY interviews are published exclusively on our business intelligence platform TOGYiN, but you can find the full interview with Edgardo Santos Levantesi below.

How has Grupo Masa Argentina’s commercial approach recently changed?
In 2017, we have taken the initiative to participate in public tenders by offering our services to state companies. Before that decision was taken, we had only worked with private sector companies.
Currently, and in the face of the expansion of the oil and energy sector, the company is implementing important training plans for personnel. We have substantially strengthened our personnel and we have constant internal improvement programmes, so that we can be successful in a growing market in which we expect to have new and stronger competitors.
The decision of the current government to allow companies to download official tender documents anonymously and free of charge and the fact that participation in price competition is totally open to anyone who wants to participate has led Grupo Masa Argentina to see the state as an attractive customer.

What will the expansion of facilities at Bahía Blanca entail?
We must recognise that Bahía Blanca will be an important player in line with the new strategy put forth by the government. The Port of Ingeniero White in Bahía Blanca will become the most important port regarding logistics, due to the boost of imports triggered by the development of the renewables sector and new projects in Vaca Muerta.
As such, Grupo Masa decided to buy a major plant that produces fibre-reinforced plastic for petrochemicals plants, paper mills and distilleries, among others. This plant was the only one that Ollearis had in the Americas, and now it is 100% owned by Grupo Masa Argentina.

In which projects has Grupo Masa Argentina recently participated?
Grupo Masa Argentina is currently participating in the completion of an important work for the repair of all combined cycles that Enel has on the Argentine coastline. This work has been done in a joint venture partnership with Duro Felgueras for three years.
We are also involved in the expansion of the Axion Energy refinery in the district of Campana in Buenos Aires. Today, this work is the largest private investment being made in the Argentine Republic. We have also provided maintenance of the Atucha I and Atucha II nuclear stations for a two-year term, with a staff of 400.

Has the company been involved with thermal power plants?
Yes, we serve in the main plants in the country. We did maintenance on Central Costanera for 18 years.
During 2015 and 2016, we carried out the revamping of boilers 29 and 30 of the Piedra Buena power plant, located in the port city of Bahía Blanca in Buenos Aires.
We have also worked for technology companies such as Mitsubishi, Ansaldo Energy, Hitachi, Alstom, Siemens and GE.

How capable is Argentina of attracting investment?
As it is often heard in several local and foreign spheres of government, Argentina has everything to do, but its great pending task is to establish stability in all the economic policies that are part of the legal security that every investor analyses in the first term. Entrepreneurs are hoping that changes in government will be nuanced and not give rise to changes in government policies or the backbone of the economy. They are waiting to see if this happens before making long-term investments.
Taking into account the changes over the past few years, Grupo Masa has made the firm decision to grow by assuming the risks involved in working within a more open economy. We will adapt to increasing competitiveness by improving our performance, despite the clear disadvantage presented by existing financing conditions in Argentina.

How has Grupo Masa Argentina financed its projects and expansions?
We have met the financial needs of our entrepreneurial group largely with our own funds and, in small part, with financing from local banks.
Local companies of our size must compete for financing in unequal conditions. Financing from Argentine banks is more expensive than financing from foreign banks, which foreign groups can do. Interest rates are higher in Argentina, so foreign companies have a clear financial advantage compared with local ones.

What do you think about the training and skills of local workers?
Grupo Masa’s main and fundamental policies are to strengthen the relationship between training and efficiency, and that workers feel that training is part of their work and are eager to follow training policies proposed by managers to improve their skills and be able to take advantage of new technological advances.

What changes have the new administration’s policies brought to your operations?
The fundamental change is that the new partners who represent the national state come from the production sectors; a situation that for years was not like that, since most of those who held the positions that decided policies had legal and non-productive training. This has meant that, for the first time, we are receiving good signals that make us imagine that a fundamental change may occur in productive and tax policies in the country.
For years, companies’ claims were not taken into account and taxes were increased. It is essential for a country that intends to develop its productive sector to have inflexible but efficient tax policies that reward those who work and not those who speculate.

What led Grupo Masa to seek opportunities in the Bolivian market and what are your expectations?
Government officials from the Bolivian oil and gas industry came to see us and audited our company. Since then, we have been allowed to tender for contracts in Bolivia, which has led us to register a Bolivian company called Argenmasa. We have been shown to value efficiency and quality.

Where would you like the company to be positioned locally and regionally in 2022-2023?
Looking to the future, I think we should start to focus a bit more on the mining sector. We are studying the creation of a technology department for the development of products that go hand in hand with technological developments at all levels.
The company has a very young workforce that can give us a perspective on the future. The world is changing at such a rate that, if companies do not adapt, they can disappear. What may be perceived as success one year may become a failure the next. The rate of change is phenomenal.

For more information on Grupo Masa in Argentina, including the company’s involvement in various projects throughout the energy value chain, see our business intelligence platform, TOGYiN.
TOGYiN features profiles on companies and institutions active in Argentina’s oil and gas industry, and provides access to all our coverage and content, including our interviews with key players and industry leaders.
TOGY’s teams enjoy unparalleled boardroom access in 35 markets worldwide. TOGYiN members benefit from full access to that network, where they can directly connect with thousands of their peers.