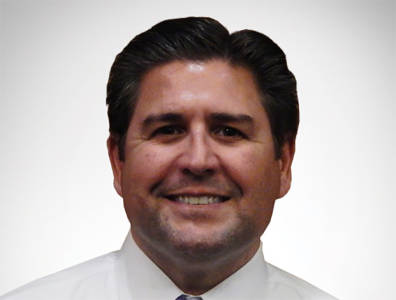 We see an opportunity in Texas for investors because the gas is here. Other factors of benefit to investors that come into play are our environmental regulations, tax policies, both national and state, and the availability of an educated and skilled workforce.

Do mess with Texas

TOGY talks to Hector Rivero, president and CEO of the Texas Chemical Council (TCC), about Texas’ role in the petrochemicals sector as both a manufacturing and transportation hub and its appeal to investors.

Established in 1953 to discuss proposed taxes on the sector, the council today represents the Texas chemical industry in other areas such as environmental protection, health and safety issues, tort reform and energy policy.

• On growth: “Since 2010, when the shale economy picked up in Texas, we’ve had 84 projects that have generated more than USD 54 billion of new investment in the state. Most of that results from the shale boom and from the heavy ethanes coming out of the shale. Texas and the USA are able to compete globally because of the abundant supply of affordable, clean-burning gas.”

TOGY talked to Hector Rivero about the significant expansions the petrochemicals sector is undergoing in Texas – the state’s port, its position at the intersection of major pipelines, and its role as a manufacturing centre put it in a strong position to benefit from regional and global hydrocarbons and refined product trade. As a result, Texas has been creating jobs at a steady rate over the last few years, and Rivero sees significant opportunities here for investors. Most TOGY interviews are published exclusively on our business intelligence platform TOGYiN, but you can find the full interview with Hector Rivero below.

What impact does the petrochemicals sector have on Texas’ economy?
Texas represents a major footprint as the largest complex of chemical manufacturing in the USA. Almost half the plastics made in the USA are made in Texas. The members of TCC alone have more than USD 150 billion in fiscal assets in the state today, representing 70 member companies that own and operate approximately 200 research and manufacturing facilities across the state. It’s a significant asset base with more than 75,000 direct jobs and 400,000 indirect jobs through suppliers, contractors and vendors who work in and around the industry.
Since 2010, when the shale economy picked up in Texas, we’ve had 84 projects that have generated more than USD 54 billion of new investment in the state. Most of that results from the shale boom and from the heavy ethanes coming out of the shale. Texas and the USA are able to compete globally because of the abundant supply of affordable, clean-burning gas.
There are major assets all over the state, with quite a lot in Houston and in Brazoria County. We’re seeing growth across the state, and we’re dealing with the pains associated with growth. We’ve been a major economic engine for many decades in Texas.

How many jobs have been created in Texas among the various sectors?
Since 2010 there have been tens of thousands of construction jobs associated with upcoming oil and gas projects. Most of these facilities being built are ethane crackers worth USD 5 billion-7 billion in investments. They may involve thousands of contract workers in the construction phase, which can go three to five years depending on the size of the project. The construction piece, which is short term, involves a tremendous amount of craft labour, including welders, electricians, plumbers, boilermakers and pipefitters.
The added infrastructure requires many operators, so there has been a resurgence of new operators and craft trades, not only to build but also to operate and maintain these facilities. We have 13.5 billion pounds [6.12 billion kilos] of polyethylene pellets production capacity currently under new construction. The first stage is for at least three to four plants, which will be operational in 2017 and will result in some 250,000 new container movements annually coming out of Texas and being exported globally, mainly to China.

What projects will we see in 2017?
Most projects slated for the year are expansion projects. ExxonMobil is undergoing expansion at its Baytown facility in Houston, in addition to the company’s Mont Belvieu facility. Chevron Phillips Chemical is doing a massive expansion project both at its Cedar Bayou facility and its Sweeney facility in Brazoria County. There is also LyondellBasell conducting a major project as well as Dow Chemical, which is spending a total of approximately USD 8 billion-10 billion dollars on five to eight projects.
We also have new international projects coming in. In Corpus Christi, the Italian company M&G Chemicals is experiencing their first operation in the USA, or at least in Texas.

How are public institutions and the private sector working together on human capital development?
More and more companies are becoming closely affiliated with the engineering departments at all of the major engineering schools, not only in Texas but also throughout the country. They have a robust process to identify and attract engineers. The vast majority of the jobs that are in high demand right now are in the skilled crafts. Companies are actively engaged to re-establish career and college readiness, to make sure that the youth are aware of skilled trade job opportunities that are available and lead to high-paying careers. For example, the average salary in our industry in Texas is about USD 94,000 per year. With as little as one to two years of post-secondary education, someone in the skilled craft trades can start off making USD 30,000-40,000 per year and work up to over six figures within a few years.

What makes Texas so attractive for global investors and what obstacles can they expect?
If you look at a pipeline map, you’ll see that Houston is the hub for pipelines coming all the way from Canada, Mexico and across the North American continent. Having such a strong pipeline infrastructure and a great rail system allows us to give and receive product to and from both sides of the country. It’s the same thing with road infrastructure. Interstate interconnection highways that lead north, east and west are instrumental. Then there is marine traffic. We have a few major ports. Houston is one of the largest ports in the world, and it processes high volumes very efficiently.
We have a large amount of product coming in by barge and finished product sent out by barge. We’re able to transport the ethane, a natural gas we consider as being as important to us as flour is to a baker. Ethane is the main ingredient our companies use to crack and transform into the thousands of types of plastics and resins that fuel our economy, our world and our consumer needs, such as smartphones, cars, planes, clothing and building materials.
We see an opportunity in Texas for investors because the gas is here. Other factors of benefit to investors that come into play are our environmental regulations, tax policies, both national and state, and the availability of an educated and skilled workforce. These are necessary elements to operate productively. A great example of a company that found good conditions to make an investment is Aramco, which just bought a big refinery in Beaumont, the Motiva refinery. That’s a significant investment. But before entering the market the company was well-informed on how to manage its investment.

For more information on the TCC, as well as on other institutions governing the hydrocarbons industry in the USA, visit our business intelligence platform, TOGYiN.
TOGYiN features profiles on companies and institutions active in the USA’s oil and gas industry, and provides access to all our coverage and content, including our interviews with key players and industry leaders.
TOGY’s teams enjoy unparalleled boardroom access in 32 markets worldwide. TOGYiN members benefit from full access to that network, where they can directly connect with thousands of their peers.