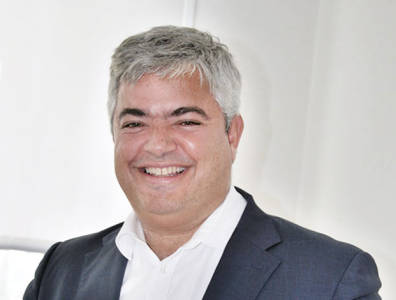 “A fixed subsidy for fuelling international jets could be implemented, rather than the open subsidy that is vulnerable to the waves of the market.”

Bioko Island’s location in the Gulf of Guinea offers significant potential for Equatorial Guinea to serve central and western Africa as a hub for storage, aviation and cargo. The fuel retail sector is also set to benefit as domestic consumption expands and the potential of developing the country boosts sea and air traffic to and from the island.

Equatorial Guinea has taken significant steps to diversify its economy away from exploration and production as stipulated by the country’s Horizon 2020 development plan and the PEGUI 2020 industrialisation plan. One key sector for development has been downstream and logistics, in order to take advantage of not only the country’s vast hydrocarbon resources but also the unique geographical location of Bioko Island, which sits on the Gulf of Guinea.

LOCAL PRESENCE: Total is the leader in Equatorial Guinea’s downstream sector, controlling 92 percent of the gasoline network and supplying all of the country’s aviation fuel. The only other company in the gasoline distribution market is national oil company GEPetrol, which is still making efforts to solidify its position in the market.

Though some of Total’s filling stations have seen their sales go up, overall the fuel sales market in Equatorial Guinea is struggling. “Sales at our Malabo Two filling station, for instance, follow an entirely opposite trend to the reality of the economy in terms of fuel consumption” Olivier Sabrié, general director of Total Equatorial Guinea (Total GE), told TOGY.

“Though our sales in the distribution network still go up due to the increase in local consumption, overall fuel consumption has collapsed and gross sales have decreased by nearly 25 percent in 2014. This is not because the economy is stopping, as Equatoguineans are actually buying more cars, but because large infrastructure projects have finished, such as the Bata-Mongomo highway,” he added. Projects such as these were demanding large amounts of fuel during construction.

LIGHT AT THE END OF THE TUNNEL: However, Equatorial Guinea’s outlook for fuel retail and bunkering is still bright. Projects such as the Bioko Oil Terminal and the Integrated Petrochemicals Complex in Riaba will increase fuel consumption during their respective construction stages. The Bioko Oil Terminal is set to open in 2016 and, once complete, the terminal is projected to have a storage capacity of 1.2 mcm (42.4 mcf) for refined products and crude oil.

The site is being constructed in several phases, with the first concentrating on storage for gasoline, naphtha, diesel, jet fuel and fuel oil. The terminal is expected to play an important role in the regional market. “The terminal’s clients could take a big part of the volume offered, have fuel stocks and start bringing big tankers instead of smaller ones. Bioko is perfectly positioned, as it will be easy to supply countries such as Cameroon, Gabon and Nigeria,” Sabrié told TOGY.

FLY AWAY: Another key area where the country can regain a regional foothold is in the distribution of aviation fuel. Total GE sells 60,000-80,000 tonnes of aviation fuel in Equatorial Guinea per year. The removal of a subsidy programme by the government in July 2014 resulted in sales falling by 20 percent between the second half of 2014 and early 2015.

In the absence of the subsidies, consumption has been redistributed along flight paths and many commercial aircraft that used to refuel in Equatorial Guinea, in order to take advantage of the lower fuel prices, now refuel at other airports along the route.

The strategic location of Bioko Island and lower fuel costs could be the ideal combination to establish a cargo centre in Equatorial Guinea. Many companies used to take advantage of the subsidised aviation fuel for establishing trans-cargo operations for destinations in the Gulf of Guinea, transporting goods by plane to the country and later redistributing it regionally by sea, or vice versa.

ALTERNATIVE SYSTEM: A fixed subsidy could be a viable compromise. “A fixed subsidy for fuelling international jets could be implemented, rather than the open subsidy that is vulnerable to the waves of the market. They could fix it every month,” said Sabrié. “Companies could communicate the volume of aviation fuel they are planning to sell that month to the ministry and plan the exact subsidy cost into their budget,” he added. A fixed subsidy would attract companies to fuel on Bioko Island and bring investment to Equatorial Guinea.