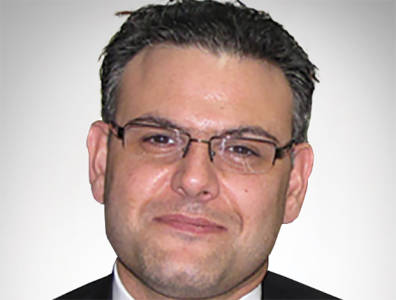 There will be a huge amount of work in fuel systems and pipelines next year [for the Al Maktoum airport expansion].

TOGY talks to Nabil Helou, partner and managing director of Amana Pipeline Construction, about embarking upon large-scale airport projects, a rise in activity in the Middle East and the logistics of expanding into Asia. Amana Pipeline Construction specialises in mechanical, electrical, instrumentation and civil works, providing fuel terminals, pipelines, shutdowns, hot tapping and diversion for the commercial and military aviation sector, the district cooling sector as well as the oil and gas industry as an EPC contractor.

Amana Pipelines Construction was established in 2006, with branches operating internationally. The company was involved in the expansion of Abu Dhabi’s airport fuel systems, with a contract worth AED 300 million (USD 81.1 million) that included 28,000 kilometres of underground fuel pipelines. The company is also involved in the construction of the Dubai airport and expecting to be awarded a contract for the expansion of the fuel terminal at Al Maktoum airport.

• On VAT: “The UAE has decided against introducing [a VAT tax], but there is still the belief that it will happen in Saudi Arabia.”

• On Asia’s growth: “If you look at predictions for global passenger traffic, 45% is expected to come from Asia over the next decade, which will require the aviation infrastructure to be built up. We simply have to shift to the east if we want to survive.”

• On competition: “Competition is tough because the amount of work has diminished but the number of players has not. Because companies are downsizing, competition is even more fierce, while operators or others awarding contracts are benefitting from reduced prices.”

What is your core business?
We are an EPC contractor for commercial and military aviation fuel systems. This contributes about 80% of our revenue. The remaining 20% comes from providing chilled water pipelines, energy transfer stations and thermal energy storage tanks. We design and build these ourselves. We depend on oil and gas revenues that come through federal budgets and are used to fund the expansion of airports.

What are your current activities?
We are tendering for a fuel terminal at the Bahrain International Airport, and according to the current technical evaluation, our offer is the cheapest. We have just completed a fuel hydrant project in Jeddah and are currently working on fuel systems in Riyadh, while finishing off an airport system in Muscat.
We have also constructed the entire fuel hydrant system at the Abu Dhabi International Airport. The underground pipeline network is about 28,000 kilometres, one of the largest by volume in the world. The contracts altogether were worth around AED 300 million [USD 81.66 million].
The airport is operational and we are contributing to its expansion. At the moment we are working on fuel systems, which are slowly coming on line as the concrete aprons become available. In addition, we have picked up some shutdown work.
Finally, we just closed a negotiation at Dubai International Airport for some fuel system alteration works.
We are involved in the Al Maktoum Airport expansion, which will be the world’s largest airport by passenger capacity. There will be a huge amount of work in fuel systems and pipelines next year. We had constructed the original fuel terminal, a contract worth around USD 90 million, and there is talk of expanding the terminal with an additional 12 tanks and 130,000 cubic metres of additional capacity.

What are the prospects for future EPC work?
At the moment we’re only discussing small contracts, but the Al Maktoum airport development, with an estimated budget of USD 7 billion–8 billion, would include at least USD 200 million worth of fuel related works.
Work on fuel terminals and fuel hydrant expansions will also pick up over the next year or two, and we are looking at an additional USD 150 million–200 million in contracts, which will be tendered. The tenders will now come piece by piece, each worth about USD 5 million–15 million. Then the expansion of the fuel terminal will be around USD 150 million–200 million.
There is also work coming from the Al Maktoum airport for incoming supply pipelines, and the oil companies are looking to award the contract for the direct delivery of fuel to the airport. We believe this will start to move forward in Q2 2017.

What projects do you have other than those for airports?
There is also work coming from the Dubai World Central, which is a planned residential, commercial and logistics complex that includes the airport and surrounding areas. We have been awarded projects related to chilled water infrastructure systems, including a contract for 50 kilometres of piping inside the area called the residential city, just north of the expo area.
Within the expo area, we have a contract for infrastructure related to chilled water systems. We have tendered for work from Emaar Properties that is also related to chilled water, and are negotiating similar contracts with several of the chilled water operators servicing the up and coming new districts currently under development in Dubai.

How is the competition for EPC contracts?
Competition is tough because the amount of work has diminished but the number of players has not. Because companies are downsizing, competition is even more fierce, while operators or others awarding contracts are benefitting from reduced prices.

Has your company been affected by decreased investment in the industry?
Market size is dependent on your appetite to spread your wings geographically. All countries have a need for an airport and as such a fuel system. The issue is related to appetite for risk and willingness to penetrate new borders. The price of oil has affected the amount of investment in the industry. It has not stopped it, but it has slowed it down. Investment will return to normal levels once budgets are adjusted. In our industry the work is still coming, whether it be this year or next year. The intent is there and the expansions will happen. It is a matter of timing.

Has the introduction of taxation affected the market?
This is something new that has created a lot of nervousness regarding effects on operation. We are executing projects that do not take tax into account, but it is not that simple.
The VAT is coming in 2018, but we do not know about income tax. The UAE has decided against introducing it, but there is still the belief that it will happen in Saudi Arabia. We are lucky to have been operating in a tax-free area. While we are used to taxation in our home countries, the VAT is only 5% here. If you go to Europe, you pay a VAT of 15–20%.
The question is how the taxes will be implemented and from which period of time. It will not happen with the flick of a switch, and there will be confusion. It will take time and affect pricing.

How has demand for services changed?
We have had a tough time in the past 18 months. Some projects have been slowed, though the market is picking up and many projects have come on line. We have had a lot of tenders over the past 18 months and these are now entering the negotiation phase, and we have been awarded three or four small or medium-sized projects in the past two weeks.
We had been waiting between 18 months and two years for the Bahrain airport project to be launched, and it will be awarded by the end of 2016 or in early 2017. The outlook for pipelines is extremely positive and we are confident that we will meet our budgets. The projects that had slowed down are now rapidly gathering speed.

How will you capitalise on this optimism in the Middle East?
In the next 12 months we will have to recruit again, as the work is returning. Part of the optimism surrounds the expo going on here in Dubai. All the support systems including those of the airports will have to be completed and be in the trial and operating phase in 2019. However, we cannot tell how long the rise in activity will continue.
The Al Maktoum airport is an exceptional opportunity and many people are vying for work, not just in aviation but also in contracting for buildings, concrete and runways. Still, the project is limited. While there is a lot of work to be done in infrastructure and buildings for the Dubai South development, when will each phase move forward? The master development plan is a wonder to behold, but it’s unclear when phases will be completed.
We need to be able to plan further in advance, which is why we are expanding into Asia. Having already begun to work in Sri Lanka, we are looking at India, and are working on getting pre-qualified in these countries. They import oil, and when oil is cheap they end up benefitting, gaining a surplus. We hope that they will spend on infrastructure.

What steps are you taking to expand in Asia?
If you look at predictions for global passenger traffic, 45% is expected to come from Asia over the next decade, which will require the aviation infrastructure to be built up. We simply have to shift to the east if we want to survive.
We are in touch with airport authorities and oil companies, and we have started looking into setting up a small office in Singapore in the next 12 months to have as a base. Many Asian countries require that you have some sort of set-up in Singapore.
When we move to the east there will be different ways of working, and we are recruiting people who are attuned to the cultural requirements. When we deal with a Japanese company that does direct investment work in Vietnam, we will need to have a Japanese speaker and a Vietnamese speaker. We hope to recruit people who have been educated in the west and who speak English, but whose mother tongues are those of our clients. Cultural interaction is very important to us.
In the west, there is still work for the next 10–15 years, not only in oil and gas but also in infrastructure, airports and transportation.

What is your involvement in Sri Lanka?
We have tendered for work in fuel for the Bandaranaike International Airport in Sri Lanka. We have successfully executed and, as the EPC fuel system’s main contractor, handed over the USD 35-million fuel terminal and hydrant system in Matale, and are now looking at a project in Colombo worth USD 50 million–55 million.
We also do a lot of work for the military, and we are considering working for militaries in surrounding countries. We follow United States Air Force and NATO guidelines, as well as modified guidelines to suit the air force we are dealing with.