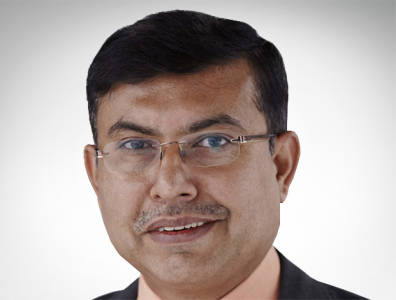 Ageing assets have been one driver that we have been actively pursuing because this is the reality of the market.

• On ADNOC: ADNOC as a group is the fifth-largest key account for DNV GL globally. They are a very important client for us.

• On capex depletion: This capex depletion, particularly in the UAE, is not something that has only happened because of the oil price slump. It was kind of part of the plan.

• On business in Iran: We perceive certain risks in Iran. We have business in the USA that we would not like to put at risk. We are very guarded in Iran in terms of our oil and gas business.

Besides touching on these topics, TOGY spoke at length to Anupam Ghosal about concentrating on the operational side of the business during the slowdown of the past year, focusing on initiatives around digitisation and cost optimisation with clients. Most TOGY interviews are published exclusively on our business intelligence platform TOGYiN, but you can find the full interview with Anupam Ghosal below.

What were the highlights of DNV GL’s activities in the UAE in 2016?
2016 was a challenging year for the oil and gas industry, including DNV GL. We have been focusing on regrouping ourselves. We also think that any challenge brings other opportunities. We didn’t change our strategy as we realized that the opportunities emerging are broadly aligned to DNV GL’s five-year strategic plan. We nevertheless concentrated on reinforcing certain areas.
One of the areas we focused on in 2016 was the operational side of the business in the national oil companies. The capex depletion, particularly in the UAE, is not something that has only happened because of the oil price slump. It was a part of the plan that major projects started in 2011-12 will come down the cliff in 2018-2019, when many projects will be completed. The Umm Lulu, SARB, Al Nasr and UZ-750 are all scheduled for completion around 2018-2019. This is part of a planned 2.8 million to 3.5-million-bopd oil production ramp-up that Abu Dhabi wanted to have.
There has of course been a perceptible slow-down on ongoing projects as the market began depleting. This has affected all the service companies within the region, including us. But we knew that the capex was going to come down so we have been gearing ourselves as an organisation to provide value in the operational phase, opex. This is an opportunity we saw coming early. We did carry out alignment to the new reality of the market. 2016 has been a year for such alignment and positioning for coming years.

What projects have you been involved in regionally?
There have been several projects, if we talk about the overall region. We have carried out an important project of developing a discard policy for ageing on-shore rigs and carrying out health assessment. We have carried out various other projects related to the operational phase, including an operational verification project in Abu Dhabi, the first time the company took up verification in the operational phase.
We have a project carrying out operational safety studies in Qatar, important projects for Noble Denton marine services in different countries. We are running a project in Abu Dhabi on preparing the critical safety system management for the company.
DNV GL is the verification body for all of the mega-projects with Adma-Opco – Nasr, Lulu, and SARB. For Zadco, we are providing the safety management service for the artificial island project. These all are sizeable contract for us. ADNOC, QP, PDO are large key accounts for DNV GL globally. They all are very important clients for us.
The inspection contracts that we have won in Oman are sizeable contracts. We also have large, ongoing contracts for verification services in Oman.

Are you active in other countries in the region?
We have several important customers in national oil companies in the region – ADNOC, QP, PDO, K companies in Kuwait, ONGC in India. There are several important IOCs that we work with the region as well.
Iran has opportunities, but it has its share of challenges as well. DNV GL has gone back to Iran from marine, software and energy business streams but not from oil and gas yet.
From the oil and gas perspective, this is a region that has a lot of ageing assets – a significant percentage of the offshore installations have passed their designed lifespan. These need a different level of engagement. ADNOC has a lot of campaigns and plans, some of which have been completed.
By 2030, they are going to replace a lot of major subsea pipelines. Ageing structures that are beyond a certain lifespan need assessment to ensure continued utility, integrity and safety.

How is the ageing assets side of your business doing?
It is on the rise, and this is a reality almost everywhere across the globe. When the market is depleted, the intention is to get the best value from your assets. You can understand there needs to be an intervention to see whether these assets are safe enough or if anything needs to be done to enable these assets to continue operating.
Ageing assets have been one of the mainstays of our strategy in the past few years. Ageing assets have been one driver that we have been actively pursuing because this is the reality of the market.

Do you see the downstream push in the UAE and Saudi Arabia as an opportunity?
Yes. It’s an opportunity. There are several downstream activities that are happening in the region. Several refineries in UAE, Oman, Bahrain, Kuwait are coming up. Downstream capex is something that is important for us.

How do you see yourself in 2017 and how are you going to steer your division through the next developments?
We carry out what we call “industry outlook research” every year. The results of the 2016 survey were published in January with various trends identified. What we have seen is that confidence in the oil and gas industry hasn’t improved much from our survey at the end of 2015.
There are of course some projects that are in the pipeline – mainly around gas in UAE, which is in shortage. ADNOC is planning to develop these projects as a part of ASR (ADNOC sole risk). These projects are in the early stages, with nothing substantial expected in 2017. The market is still very fluid, and naturally upstream oil and gas investments will be extremely limited.
In 2016, we regrouped ourselves, we have taken stock of our cost profile and have become more efficient as an organisation. We are also reaching out to clients on services around cost optimisation.
The first few months of 2017 looks to be more promising than 2016, but we don’t think that there will be a drastic upswing.

For more information on DNV GL in Abu Dhabi, such as its project with the UAE Ministry of Energy, see our business intelligence platform, TOGYiN.
TOGYiN features profiles on companies and institutions active in Abu Dhabi’s oil and gas industry, and provides access to all our coverage and content, including our interviews with key players and industry leaders.
TOGY’s teams enjoy unparalleled boardroom access in 33 markets worldwide. TOGYiN members benefit from full access to that network, where they can directly connect with thousands of their peers.