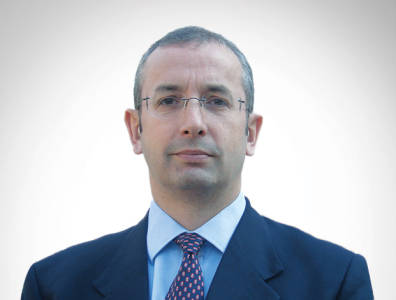 UK skills and experience have become synonymous with success in tackling the most challenging problems in the world’s most hostile environments.

Michael Davenport, UK ambassador to Kuwait, talks to TOGY about the involvement of UK companies in Kuwait’s oil and gas industry, incentives for UK SMEs to enter the market and the future of trade between the two nations. Historically, the UK has been a large supporter of Kuwait’s oil and gas industry and, through BP, assisted in its industrial revitalisation after the 1990 conflict with Iraq.

• On UK support for Kuwait: “British companies are already involved in supporting Kuwait in delivering its 2035 strategy – indeed, developing the oil and gas sector is part of realising that vision. British companies are also involved in many other sectors, from education to health to the environment to the IT sector. Equally, UK consultancies do very well in Kuwait, having worked, for example, on Boubyan Island’s port and advised the Kuwait authority on partnership projects and the new international airport.”

• On UK experience: “Our 50-year expertise in deepwater operations has led to our pioneering of technological advances in subsea vehicles and structures, geophysical imaging, 4D interpretation, as well as enhanced and increased recovery techniques and the special materials and analysis necessary for working in extremely tough conditions.”

Most TOGY interviews are published exclusively on our business intelligence platform, TOGYiN, but you can find the full interview with Michael Davenport below.

How has the UK worked together with Kuwait in the oil and gas industry?
The UK has had a long-standing involvement in the Kuwaiti oil and gas sector, underscored by the fact that BP was one of the founders of KOC. British companies have a lot of expertise and experience which Kuwait can draw upon, especially now that Kuwait looks to go offshore. That relates to exploration for identifying new fields and assets and the enhancement of production and refining capacities.
We have a joint steering group at the political level where we have a working group on trade and investment. Here we explore opportunities and seek to resolve issues bilaterally between us and take forward concrete action plans that apply to trade and investment and the oil and gas sectors specifically.
There are the IOCs such as BP and Shell with long-standing engagement in this part of the world, in Kuwait in particular. Those two have secured all four of the enhanced technical services agreements underpinning efforts to modernise the oil and gas sector in Kuwait, increase efficiency and ratchet up production capacity.
There are also other UK companies involved in many different aspects of the oil and gas sector, including small and medium-sized enterprises that are increasingly taking an interest in Kuwait. Our SMEs are doing much better now. We had a piece of independent analysis done and we know where the gaps are and where Kuwait needs particular expertise. We can now start seeing whether the UK has the right suppliers for these sectors and bring them in.

Why does the UK want to invest in Kuwait and what positive aspects do UK firms point to in the market?
UK companies that are looking to do business want to know about the environment they are working in and they want reassurances that they can secure contracts and get paid for their work. Kuwait has a strong track record and offers a very attractive environment from a political and economic point of view.
There is also a huge level of support at a strategic level for the Kuwaiti oil and gas sector as it expands from around 3 million bpd of capacity to 4 million bpd by 2020. A big potential attraction here are the opportunities offshore.
The UK is the second-largest oil and gas producer in Europe having recovered 43 billion barrels of oil since 1967 from the UK continental shelf. Our 300 offshore fields in production provided 68% of British primary energy in 2014 and directly or indirectly support some 330,000 people, most of whom are highly technically skilled. In the North Sea, there are more than 470 oil and gas installations, 10,000 kilometres of pipeline, 5,000 wells and 15 onshore terminals.
Our 50-year expertise in deepwater operations has led to our pioneering of technological advances in subsea vehicles and structures, geophysical imaging, 4D interpretation, as well as enhanced and increased recovery techniques and the special materials and analysis necessary for working in extremely tough conditions.
UK skills and experience have become synonymous with success in tackling the most challenging problems in the world’s most hostile environments. We have an estimated 50,000 experts in subsea production alone. The UK industry is involved in the whole life-cycle: new wells being drilled, refineries and downstream, and life extension and decommissioning.
We are internationally recognised for our exemplary health and safety record and environmental standards and best practices. The UK Continental Shelf has evolved into one of the safest, most collaborative and robustly regulated basins in the world.

In what ways can UK IOCs help Kuwait hit its 2020 and 2040 targets?
In terms of achieving these targets, both BP and Shell are playing a crucial role. As you implement these very extensive technical service contracts with challenging timelines, you come up with new challenges that need to be overcome. In the case of the IOCs, they are well placed to advise on that. They can provide additional technical capacity through the existing ETSAs [enhanced technical services agreements] in the recovery of oil, but also in modernising systems and increasing efficiency.
Where there are technical challenges in getting oil out of the ground, the IOCs can draw on vast global experience. For instance, at the Burgan field, BP is working hand in glove with KOC. That is a challenging environment. BP has just won a USD 110-million contract to provide technical services to the new KNPC Al Zour refinery project.

Are there opportunities in the hydrocarbons industry for UK firms beyond the offshore sector?
Shell, BP, Petrofac and Wood Group are four key companies supporting Kuwait and which have been working here for many years. On the SME side, there are many companies in the UK that have been working for many years in the oil and gas sector but not necessarily in Kuwait.
The embassy is looking to develop those opportunities and draw them to the attention of the oil and gas sector in the UK. We have recently employed a new member of staff to work solely on this sector and he is making an early contribution.
For the small and medium-sized companies who may not have previously worked in this region or in Kuwait, they will be encouraged by the scale of the opportunities, the environment and the measures being taken to protect investment and interests. However, they will need to be encouraged.
Another positive factor is the availability of credit under UK Export Finance, or UKEF, which looks very favourably at business in Kuwait. They had a team here recently explaining to Kuwaiti stakeholders how they operate, so there is every reason to expect there to be growing demand for UKEF support, which can help encourage and promote British participation in some of Kuwait’s major infrastructure projects, including in the oil and gas sector.

How can the UK support Kuwait’s 2035 strategy to diversify the economy?
British companies are already involved in supporting Kuwait in delivering its 2035 strategy – indeed, developing the oil and gas sector is part of realising that vision. British companies are also involved in many other sectors, from education to health to the environment to the IT sector. Equally, UK consultancies do very well in Kuwait, having worked, for example, on Boubyan Island’s port and advised the Kuwait authority on partnership projects and the new international airport.
British companies are well placed in all of these sectors to help Kuwait rise to challenges and seize opportunities. Importantly, there are at any one time more than 5,000 Kuwaitis studying at British universities. In 2017, more Kuwaiti students went to the UK on Kuwaiti scholarships than anywhere else. Many of those students will return to key jobs in Kuwait. This is a real investment in Kuwait’s future.
Looking ahead, what is key to encouraging investment in Kuwait is ensuring that we have the overall framework in place for that. That is why KDIPA [Kuwait Direct Investment Promotion Authority] plays such a crucial role and where other important instruments such as UKEF can also be drawn upon. KDIPA has a very good understanding of what foreign companies’ needs are and colleagues there work very actively to help us when issues arise.

What type of relationship is the UK seeking with Kuwait in a post-Brexit world?
The important thing to stress is that Britain has a very strong trading relationship with Kuwait. And our exports are up 23% on this time last year. Kuwait exports to the UK are of course predominantly oil based and some 40% of the UK aviation fuel originates in Kuwait before it is refined elsewhere.
Kuwait is a major investor in the UK and has been since 1953. All the trends are positive. Britain is an open economy and is determined to remain at the forefront of free trade globally. We will be looking to strengthen relationships with all of our major partners worldwide, particularly with a country such as Kuwait where the potential for growth is enormous. There is already a GCC-UK working group in place for discussing our future trading relationship.

For more information on UK companies’ involvement in the Kuwaiti market, see our business intelligence platform, TOGYiN.
TOGYiN features profiles on companies and institutions active in Kuwait’s oil and gas industry, and provides access to all our coverage and content, including our interviews with key players and industry leaders.
TOGY’s teams enjoy unparalleled boardroom access in 35 markets worldwide. TOGYiN members benefit from full access to that network, where they can directly connect with thousands of their peers.