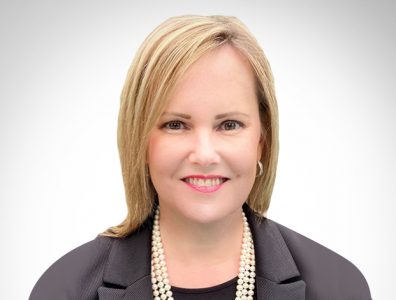 The recent legislative and regulatory reforms have clearly unlocked more potential for both Angola and the energy companies.

Melissa Bond, managing director of ExxonMobil Angola, talks to The Energy Year about how the company is expanding its production success in Angola and its plans for deploying low-carbon technologies in the market. ExxonMobil has interests in Angola’s producing deepwater blocks 15, 17 and 32 as well as deepwater blocks 30, 44, and 45 and onshore Cabinda Centro.

What were the most important achievements of ExxonMobil Angola during the last 12 months?
Achieving 1,000 offloads at our Kizomba A facility in March 2022 was an important milestone for ExxonMobil Angola, its employees and contractors, as it represented the company’s commitment to continued delivery of hydrocarbon resources in Angola. This is possible by combining our leading-edge technology, highly skilled workforce and unwavering attention to safety and environmental performance.
We started up the drilling campaign of the Kizomba A TLP [tension-leg platform] as part of the Block 15 redevelopment project. This will enable Angola Block 15 to optimise recovery and add production from its mature fields. With the recent start of drilling from the Valaris drillship (DS-9), we now have two active drilling rigs on Block 15.
In addition, our entry into the Namibe blocks 30, 44 and 45 and our ongoing seismic evaluation work demonstrate ExxonMobil’s commitment to capture areas with high resource potential, and allow us to build on our long history of exploration and production success in Angola.

What objectives have been set out for Block 15 to achieve production growth?
Block 15 is the biggest deepwater operation in ExxonMobil. At Block 15, we have cumulatively produced over 2.4 billion barrels of oil to date [August 2022], and we recently executed an agreement with the national concessionaire to extend our production-sharing agreement (PSA) through 2032.
As a mature asset, Block 15 is currently producing approximately 150,000 bopd and continues to be a significant contributor to the country’s and corporate’s finances.
The multi-year drilling programme in the block will develop new wells and install new infrastructure to increase capacity of existing subsea flowlines, with the objective of optimising oil recovery and adding approximately 40,000 bopd to Angola’s production.

How would you evaluate Angola’s upstream sector following aggressive reforms that allowed the start-up of multiple E&P projects linked to infrastructure-led strategies?
The recent legislative and regulatory reforms have clearly unlocked more potential for both Angola and the energy companies. And the restructuring of the sector, with the creation of the ANPG [National Oil, Gas and Biofuels Agency], facilitated implementation of new projects and opportunity capture.
ExxonMobil is optimistic on Angola’s oil industry future following these reforms and ongoing efforts towards improving the investment climate and competitiveness.
However, it is also important to recognise that other countries and businesses are equally challenged and competing for very limited investment capital. Therefore, sustaining the current government-industry collaboration towards an effective implementation of industry solutions and investment-inducing oil and gas legislation is critical for Angola to remain competitive both in Africa and globally.

How do you assess the main trends and forecasts in deepwater drilling in Angola and across Africa?
The pandemic resulted in decreased demand for oil and some challenges to investment opportunities. Industry had to adjust given lower revenues and less capital to deploy.
With the upsurge in oil prices, it is important to continue to improve our efficiency and effectiveness to reduce operating and development costs in order to provide investors the best return at the lowest risk.
ExxonMobil wants to continue to grow our successful partnership with Angola, and believes that new exploration activity and accelerated success-case development are critical to offset production decline and sustain Angola’s long-term oil production future.
With overall energy demand expected to continue growing, oil and gas will play an ongoing role in the energy mix going forward.
The industry continues to focus exploration efforts on the deepwater because there is still significant remaining potential globally, and with a strong partnership between the government and industry, you can bring those reserves on stream as quickly as possible. As an example, ExxonMobil continues to deliver an industry-leading development pace for our Guyana projects.

What are the main steps ahead to apply ExxonMobil Low Carbon Solutions in the Angolan market?
ExxonMobil is committed to helping society reduce overall greenhouse gas emissions by decreasing emissions from our own operations by developing and deploying emission-reducing technologies and products.
With the support of clear and consistent government policies, ExxonMobil aims to achieve net-zero Scope 1 and 2 greenhouse gas emissions from its operated assets by 2050. This ambition is backed by a comprehensive approach centred on developing detailed emission-reduction roadmaps for major operated assets.
In early 2021, we created our Low Carbon Solutions (LCS) business to commercialise low-carbon technologies for broad deployment around the world, including carbon capture and storage (CCS), hydrogen and low-emission fuels. We see these technologies as key to reducing emissions in the highest-emitting sectors, such as commercial transportation, power generation and heavy industry.
Here in Angola, in addition to our longstanding and reliable gas exports to Angola LNG, we have achieved a 92% flaring reduction and 74% GHG [greenhouse gas] reduction since 2016. We continue to identify opportunities to achieve further reduction in emissions across Angola Block 15.

What are the short- and medium-term objectives for ExxonMobil Angola in the post-pandemic period?
Angola is an important country in ExxonMobil’s upstream portfolio, and we continue to evaluate new business opportunities that will enable us to be here for the long term. We believe that ExxonMobil’s differentiating technical and project execution capabilities can unlock and quickly develop Block 15’s remaining resources.
We look forward to continuing to invest in frontier exploration in the Namibe Basin, and if successful, deploying our proven expertise and advanced technology to accelerate development and production.
Exploration success enablers are good rocks, good commercial terms, a stable fiscal regime, technology advances and strong partnerships with governments and our co-venturers.