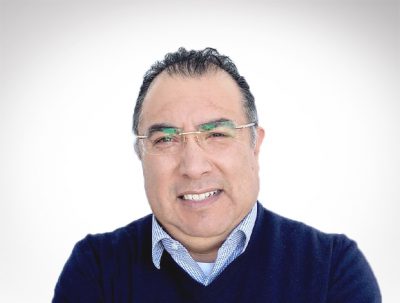 As long as the pipelines are not finished, we are not going to be able to move forward.

Óscar Mendoza, gas director of Gasoductos y Estaciones del Norte (GENSA) in Mexico, talks to TOGY about the use of alternative fuels in the Mexican market, obstacles to the wider availability of natural gas, and technology development. GENSA is a midstream equipment and natural gas supplier in Mexico, where it operates three manufacturing facilities.

What is the market outlook for CNG and natural gas for vehicular use (NGV)?
CNG projects are stopped, but we did carry out an adaptation of a station we had already sold.
Regarding NGV, we still have to deal with heavily bureaucratic processes for the permits, both in the municipality and state sphere. With permits granted by the federal government, we have to face processes that become longer and longer each day. Right now some commissioners are missing, so permit processes will take even longer. As a result, we cannot start construction, because we need to wait for the permits.

What is the biggest challenge in promoting the widespread use of alternative fuels?
The biggest problem in Mexico is the lack of culture, not being able to consider alternative fossil fuels that are environmentally friendly, safer to use and cheaper when compared to diesel and LPG. We have a long way to go in terms of educating people on this aspect, for alternative fuel use in workplaces, for vehicles and consumer goods.

What factors stand in the way of wider natural gas availability?
The problem is not being able to transport the gas. You would need to build the pipelines.
Veracruz, Oaxaca and Guerrero are very difficult states. The social issues and corruption issues are very difficult to deal with. We also have problems with organised crime. As long as the federal government does not give viability in terms of security to help anyone who might be able to build the gas pipelines, I do not think there is a possibility of having projects to transport gas to the southeast. If there is no gas pipeline, no one will try to open exploration projects. The safer states, such as Sonora and Sinaloa, still have problems.
The authorities are now requesting feasibility and social verdicts, which require you to ask all the communities that the pipeline route will affect if they are opposed to the project. If someone opposes, the project is not declared viable. You must have the approval of everyone that lives in the vicinity of the areas where the pipeline is being built, otherwise you cannot build it.
This is very difficult, and this will result in having many mini-projects, instead of one single mega-project. Companies are losing millions of dollars every day. There are many pipelines that have not been completed for social reasons. If we are able to connect them, we are for sure going to have natural gas in the centre and part of the south.
The strategy introduced by the last government regarding the creation of new gas pipelines would have been really useful for gas transportation to the centre, had all projects been carried to completion. The Tuxpan-Tula and Tula-Villa de Reyes pipelines have not been completed due to uncertainty from a social and legal perspective. The worries we have about the natural gas reserves would be solved if we helped those companies finish building the gas pipelines. If this was done, we would take care of the station supply aspect.
The natural gas problem is not a direct result of the supply stations, but rather the incompleteness of the gas pipeline network. As long as the pipelines are not finished, we are not going to be able to move forward. The Sur de Texas-Tuxpan pipeline will somewhat solve the problem of a lack of supply in the southeast, but it will operate only at 60% of its capacity.

Are relief projects planned to help alleviate natural gas shortages?
There will be a new dry gasfield in Veracruz to serve as a strategic deposit for natural gas. This will be a great help for the problem of the lack of gas supply in the southeast. The gas that will be transported by the Sur de Texas-Tuxpan pipeline is already destined for the CFE [Federal Electricity Commission], to be taken to Merida through Mayakan.
If E&P operators do not start exploring and exploiting gas deposits in the southeast, the problem will not go away. The only option is relying on the new deposit found in Veracruz and importing CNG.

Has there been a trend of corruption mitigation and transparency in the midstream sector?
Each day companies are signing anti-corruption agreements. This makes it easier to have transparent operations, contracts, acquisitions and sales.
GENSA has had this anti-corruption policy for many years. In fact, we have a very open relationship with all our suppliers. We openly ask them to inform us about any corruption acts done by any of our employees, and every time we are informed, we fire the person. We are very transparent and very clear, even with our sales. We have left unsigned contracts because we did not want even one case of bribery. This is a very important point for us. No matter how small the bribe is, you are putting your project at risk.

Is there a possibility that GENSA will start developing its own technologies?
Yes, absolutely. We have already designed and created a decompression station. This is a technology completely developed by GENSA – the fast food stations, domestic connections, risers and metering sets.
We are currently having discussions to launch a new product. We are working very hard to be able to show it to the Mexican market before the end of 2019. In this way, and through these products, we would keep meeting our annual objective of having a new service or product each year.

Is it difficult to find products or technology that comply with Mexican laws?
Almost 90% of the Mexican market is dominated by foreign technologies. I can say that 70% is European technology and the other 20% is American technology. Many of the official Mexican laws are based on international laws, so the products produced in Mexico, such as meters and regulators, need to comply with these laws.
All of GENSA’s products meet the requirements. We do not need to make any changes to the products we distribute. We just need to carry out protocol tests demanded by the Mexican authorities, which in many cases were already performed in the countries of origin, in the labs where they were produced. Most of the time, the products just need to have a certain paint with specific adherence quality required by law.
For the measuring aspect, Mexico does not have an official law for products such as pistons and turbines. There is a regulation for diaphragms, but the law does not forbid you to import them. Regarding regulations, there are no laws for commercial, industrial, digital, city gate, conversion, transportation, CNG and NGV uses, but there are laws for residential uses, as is the case for meters. For all other products, there are no regulatory laws.

What government incentives are available for technology development?
The new technologies and solutions we are currently developing are being funded by ourselves. We could justify the fact that the government is financing part of the project, and if the project is not carried out, we could justify to them why that happened. But, we are taking very slow steps and think everything over three times before even carrying out the first test. If we find a good business that will last for several years and we pay for it ourselves, we will be in business for many years.
The government does offer incentives, but we do not make use of them. We do not even receive incentives for hiring new graduates or last-year students. If we hire people with these profiles, we pay whatever we need to pay. We never take any financial help offered by the government.

Are you looking to work with any other companies similar to Honeywell?
No, we just want to handle the distributions we currently have, otherwise we would be turning into an elitist company by not leaving the possibility of distribution of other brands to another company. There is also a competitiveness law in Mexico that forbids any company from monopolising the market, so we are also legally obliged to maintain a controlled distribution level and number of represented brands, so as not to have any problems with the regulatory bodies.

For more information on Statoil in Angola, including the company’s 200,000-barrels-per-day production in the country, see our business intelligence platform, TOGYiN.
TOGYiN features profiles on companies and institutions active in Angola’s oil and gas industry, and provides access to all our coverage and content, including our interviews with key players and industry leaders.
TOGY’s teams enjoy unparalleled boardroom access in 35 markets worldwide. TOGYiN members benefit from full access to that network, where they can directly connect with thousands of their peers.