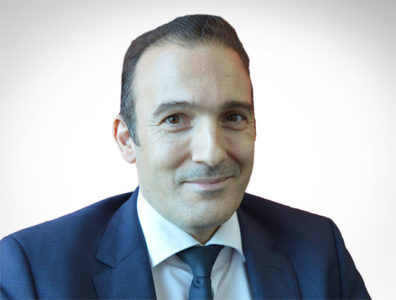 It will take some time for Angola to fully adjust to the new circumstances, and the country will necessarily have to diversify and get income from sources other than oil.

Foundations for renewal in Angola

Ricardo Santos, country senior partner at PwC Angola, talks to TOGY about the outlook for domestic economic growth and hydrocarbons activity, why Sonangol’s Regeneration Programme is positive and how to balance costs and local content requirements. PwC provides assurance, tax and advisory services both in Angola and worldwide across the financial, industrial and energy industries.

How have conditions evolved in Angola over recent years?
The market in Angola has evolved over the last few years and we have seen more opportunities in different areas than in the past. With the recent economic downturn, the vast majority of the companies had to rethink their way of conducting business in Angola. As such, many companies went through restructuring, cost reduction and efficiency programmes and have been actively seeking our assistance and expertise in these areas.
There are also opportunities in the market with new laws coming out and the implementation of VAT coming up this year. We have also seen more regulation, enforcement and supervision from the central bank, so we also expect that the financial sector will require our assistance to ensure they will be fully in compliance.
There is also a trend to improve transparency and accountability. As a result, we have seen a trend in companies and stakeholders being more interested in having audited financial statements.
We expect even more opportunities from advisory services, with some companies looking into getting into the market with new projects and businesses. Companies normally require assistance in various areas, including tax advice and setting up the structure of the business.

Which of Angola’s economic sectors are going to see more growth in the future?
The president and government have been working to diversify the economy. There will still be a lot of investment through the oil and gas sector, because it requires the largest amount of investment. If new projects are sanctioned, that will bring in a considerable amount of foreign investment, not only from the oil operators, but also from service providers. A lot of them have reduced their operations over the past few years, but our experience is that these services companies are very quick to mobilise when there is a good business opportunity. Once the oil and gas projects are there, they will quickly build up their structure again.
There will also probably be investment in other areas such as agriculture, which is strategic to the country, both from an economic and social perspective. There is already a lot happening in that space at the moment with several significant projects starting up and a significant number of opportunities currently being assessed and potential projects designed.
There is also a big push in manufacturing. We’ve also seen, as we did in oil and gas, a lot of reforms, including in private investment agencies, aiming to simplify the investment process. Now it remains to see how it works in practice.

How has the Angolan economy fared over the past year?
I think 2018 was a critical year. The fact that oil prices went up certainly helped. The government started implementing its Macroeconomic Stabilisation Programme, which is intended to address a number of structural issues such as tax imbalances, foreign exchange issues and high levels of public debt. The government has introduced a more flexible foreign exchange regime and a new set of rules and regulations for the banking system, which have improved the international payments mechanism and made it more transparent. We’ve seen a substantial portion of the backlog in international transfers, payments and salaries cleared over the past months. Inflation was very high last year and that has come down significantly.
I would say that the country is in better shape than it was 12 months ago, but there are still a number of challenges as the country continues to be very dependent on oil. I think it is generally recognised – if you look, for example, at the IMF reports and speeches – that the measures and strategies that have been followed by the government seem to be adequate.
However, it will take some time for Angola to fully adjust to the new circumstances, and the country will necessarily have to diversify and get income from sources other than oil. I think that is where the VAT comes in as well, as that can be an interesting source of revenue for the state.

What is expected from Sonangol’s Regeneration Programme, and how will that change the company’s role in the industry?
I think the expectation is that the clear separation of the concessionaire will allow it to act and operate in a more independent and transparent way, allowing Sonangol to act as the national oil company focused on its core business.
In the past, because both the concessionaire and the national oil company roles sat under Sonangol, sometimes it wasn’t very clear what the decision-making process was. It was not clear if someone at Sonangol was making a decision as a concessionaire or because there was also an interest as an operator or partner. That made conversations difficult at times between operators and Sonangol as concessionaire. I think that was a real obstacle to smooth operations, investment and transparency at times.
I believe this is a very good step and will help building trust between the concessionaire, Sonangol and the IOCs. Sonangol has also announced its Regeneration Programme, which is intended to make the company more efficient and more focused on its core business. I believe this will also contribute to oil companies looking at Sonangol as a real partner, which was not always the case in the past.

Are exploration and marginal field development measures enough to ensure production stabilisation?
I think these measures were necessary and are key to preventing the decrease in production, but they are probably not enough. There was a very open discussion between the government and the industry, with the government asking companies what it needed to do to promote investment and remove obstacles. Based on our discussions with operators, it seems that the government has addressed most of these issues, particularly the most significant ones, which resulted in a number of decrees.
Obviously, other issues or challenges remain and these do not necessarily depend on the government’s action. In the recent past, securing access to new reserves was one of the main drivers of the oil industry. New major discoveries, technology advances and market dynamics have changed that, and investment decisions now depend primarily on the economic return of the project. Angola has to therefore compete with other locations and needs to be competitive from this standpoint.

How competitive is Angola vis-à-vis other oil and gas investment destinations?
Angola is probably not as competitive as other countries because the costs of operating are very high for a number of reasons. We have recently seen changes in several areas that are intended to bring those costs down, including resolving issues such as obtaining visas and recruiting people. I think the government has recognised that there are things they can do to facilitate businesses in Angola.
There are other challenges such as improving infrastructure, education and health or even getting access to qualified resources, which the country is trying to address, but which are more structural and will take more time to resolve. On top of that, the type of oil resources Angola has compared to other places may not be as attractive. Most of Angola’s currently known oil reserves are offshore and have to compete with other areas where it is cheaper to produce resources.
These challenges probably make the country less competitive than other locations. I think the government is taking steps to resolve what it can, but there are global market dynamics as well.

How effective has the promotion of local content been with respect to lowering structural costs?
I think local content is key to having a sustainable business in Angola. In the past – even though there has always been a local content requirement – perhaps because oil prices were very high, some companies would choose to use local content mainly for compliance purposes and therefore see this as an additional cost of doing business in Angola.
The oil price crisis demonstrated that such an approach is not sustainable. You cannot have a sustainable business in a normal or low oil price environment based only on imported services or goods, expats and without value-added local content. I think everyone now recognises the benefits of having a more locally based business. A well-designed and implemented local content strategy can also be a very important economic competitive advantage.
I think the issue the country faces is how to move businesses to use more local content, given the challenges that I’ve mentioned: high costs to operate, poor infrastructure and difficulty in recruiting qualified people. Honestly, I think the only way to overcome these difficulties is for the government, companies and society to work together.
Maybe in the past the government would rely on companies to use local content and develop local capabilities, but it is not enough. This cannot only be the responsibility of the companies, but also not solely the responsibility of the government. We all have to work together to achieve that.

How can foreign companies achieve a balance between cost and local content promotion?
In a way, there is a conflict, at least in the short term. I think everyone recognises that a local content requirement by itself does not necessarily ensure that the required skills and capabilities are created in-country, especially if that local content is more expensive or inefficient. History tells us that many companies have looked at local content as an additional cost of doing business that they accepted bearing as long as economic conditions were favourable. This approach is not sustainable, especially in a low oil price environment.
My personal view is that there is still a gap in terms of the resources and skills, which requires companies to look abroad for sources of finance and know-how. There needs to be a period where investors are allowed to make their investments and bring in their knowledge. Companies that are coming must understand that it is to their own benefit to have a well-designed and implemented local content strategy and that it in the long term it can be an effective way of mitigating many of the risks businesses face in Angola.
Again, this may take a bit of time because currently you cannot find enough qualified people nor acquire all required services and goods in-country. Access and quality of education and training needs to improve, and local businesses must be supported by both the government and foreign investors.
Trying to enforce local content has not been very effective in the past, so perhaps the government could try a different approach such as promoting local content through compensating companies that do it properly, rather than penalising those that do not comply.