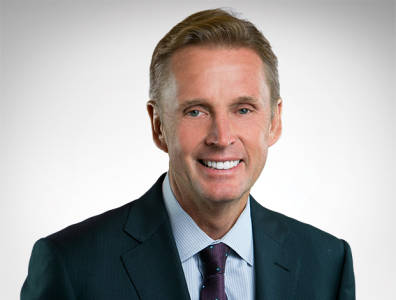 We’d like to see the government develop a more streamlined, efficient, industry-friendly administrative and regulatory framework that is more aligned with the rest of North America.

Craig Steinke, CEO of Renaissance Oil, talks to TOGY about how the Mexican government should address policy-making in the upstream sector post-reform. Renaissance entered Mexico in 2015, when it was awarded four licences for onshore blocks auctioned in Round 1.3. In addition, the company is working with Lukoil to develop the unconventional Amatitlán field.

• On improving regulations: “From an administrative and regulatory standpoint, Mexico is a little extreme, which is sure to create an operational bottleneck. We’d like to see the government develop a more streamlined, efficient, industry-friendly administrative and regulatory framework that is more aligned with the rest of North America. This will facilitate getting industry into the field and allowing the general populace to realise the economic benefits of reform.”

• On the right focus: “The government has to to get the industry to commit to drilling, driving the money into the ground. I don’t think focusing on high royalties is as sustainable as is the emphasis on work programmes. This is the general consensus amongst all industry players in Mexico. The goal is to create a long-term sustainable industry supported by international technology and capital.”

Steinke also discussed joining forces with Russia’s Lukoil to tap the potential of the unconventional resources in the Amatitlán block and how locals can reap the benefits of the country’s ongoing energy reform. Most TOGY interviews are published exclusively on our business intelligence platform TOGYiN, but you can find the full interview with Craig Steinke below.

What was the rationale behind joining Lukoil in the Amatitlán block?
Establishing operations in the Tampico-Misantla Basin is high on our list of priorities. We like the whole stratigraphic column in Tampico-Misantla and believe there’s a lot of undeveloped opportunity in the Chicontepec formation and below the Chicontepec, including the upper Jurassic shales.
Lukoil held Amatitlán in a 50/50 partnership with Marak Capital. They invited us to lead operations on the property as our success in Round 1.3 positioned Renaissance as a bonafide onshore operator in Mexico. We’ve been learning a lot since we acquired the properties, and Lukoil recognised what Renaissance could bring to the partnership.
We’re also very strong in unconventionals. Our team has experienced much success in developing unconventionals, starting with commercialising the Barnett shales, the world’s first shale play. Lukoil was quick to recognise this strength, along with our ability to make decisions and move forward quickly.

What work programme have you laid out for Amatitlán?
The work programme comprises workovers and new wells in the Chicontepec tertiary formation and importantly, a deeper, horizontal Upper Jurassic shale well. Our plan is to start workovers in July and drilling in August 2017, subject to permitting. As soon as we have the permits, we’ll start drilling.
In terms of results, we expect to re-establish oil production on the block through the Chicontepec formation and commercialise the Upper Jurassic shales.

What challenges might you encounter while developing this block?
Our goal is successfully migrating Amatitlán in a timely manner from an integrated exploration and production contract, or a CIEP, into an exploration and extraction contract or licence contract. That’s one of our primary objectives after commencing the work programme. Pemex requires solid activity and results in the field, and Lukoil and Renaissance plan on delivering on that immediately.

Are the oilfield services available in the area adequate?
Regardless of significant industry layoffs, there are still many services providers to choose from in Mexico. We are seeing this firsthand, as Renaissance is now tendering services for workovers and the drilling of up to 12 new wells in the latter part of 2017 and Q1 2018.
With regards to other challenges, there are many new regulations in place and many still being developed. This is an area where Renaissance is playing an important role. Our team has vast experience with regulations – which ones facilitate operations and promote good practices, and which don’t. We’re working with SENER [Secretariat of Energy] on many of these regulatory matters. Renaissance leads the unconventional committee for Amexhi [Mexican Association of Hydrocarbon Companies], which provides us with good dialogue with SENER on unconventionals.

What are relationships like between oil and gas companies and local communities?
It depends on the area and their past experiences. I believe many local communities in Mexico are still waiting for the tangible and positive benefits of the energy reform, as it is being rolled out and implemented a little slower than planned.
For example, we took over operations for our Chiapas properties, in May 2016, and our work programme has only recently been approved. Therefore, we haven’t been in the field in a meaningful way, such as drilling new wells. To date, it’s been a maintenance programme with no drilling. [It has been going] a little slower than anticipated, but now that our drilling programmes are approved, Renaissance is tendering services for operations and local citizens will soon start to see the economic benefits from investment.

How receptive are government and regulatory entities to new operators entering the country?
They’ve been very receptive and encouraging to the entrance of new operators. Although, from an administrative and regulatory standpoint, Mexico is a little bureaucratic, which is sure to create an operational bottleneck. We’d like to see the government develop a more streamlined, efficient, industry-friendly administrative and regulatory framework that is more aligned with the rest of North America. This will facilitate getting industry into the field, allowing the general populace to realise the economic benefits of the energy reform.
Mexico is endowed with world-class hydrocarbons resources. The longer we operate in Mexico, the more we see the vast scope of this valuable resource. With this in mind, we are working independently and through Amexhi with the government to pick up the pace of development.

Should the government focus on work programmes and keep royalties at the same level?
That’s absolutely critical. What’s most important is capex and work programmes. The government has to get the industry to commit to drilling, driving the money into the ground. I don’t think focusing on high royalties is as sustainable as is the emphasis on robust work programmes. This is the general consensus amongst all industry players in Mexico. The goal is to create a long-term sustainable industry supported by international technology and the investment of capital.
A good example of why royalties should be capped is found in the results of Round 1.3, the first onshore auction. The relatively small properties offered attracted numerous inexperienced oil and gas companies. This competitive environment was matched with an auction process where royalties made up 90% of the bid factor. This created an uncontrolled royalty bidding environment. The outcome of the auction was very high royalties with very small work programmes, which will result in much of the otherwise commercial hydrocarbons being left in the ground.
For the upcoming bid rounds, we’re seeing that the qualifying criteria is enhanced and properties are larger, attracting more serious players that should be more discerning with their bids. This, along with a cap on royalties, is the right formula to create a sustainable oil and gas industry in Mexico.

What is the outlook for mature fields and farm-out opportunities in Mexico?
We haven’t changed our mind on the prospectivity of mature fields in Mexico. We think they’re vastly underdeveloped and highly prospective. Although there may be no giant fields like Cantarell onshore in Mexico that we’re aware of, it’s the sum of all the parts that can add significant incremental production to the country.
As the energy reform evolves, we expect to see numerous mature fields offered to the industry by way of state auctions and Pemex farm-outs. This will be crucial to attracting the foreign capital required to develop these neglected fields, which collectively hold significant potential for increased hydrocarbons production.

How has SENER revised its plan for future bid rounds?
There are numerous industry-friendly revisions. The auction participants can now nominate the areas they want to bid for, which is much more effective and a quantum leap in the right direction in generating activity. It also appears that the state is accelerating the number of properties and enlarging the block sizes it’s offering to the industry over the next couple of years. That’s all very positive. These are two key advancements from SENER that will undoubtedly help Mexico reap the benefits of the energy reform more quickly.

Is Renaissance interested in entering partnerships with local or international players?
We’re always looking for good strategic partners that are well established in Mexico and/or internationally recognised. Partnering is the nature of the industry. We have numerous discussions ongoing in this regard. Future partnerships will be designed to complement Renaissance’s capabilities of strong technical expertise and a progressive, competent Mexico operator.

Will more small and medium-sized operators enter Mexico in the future?
It is the small and medium-sized operators that have been hurt the most in the recent oil rout. Many of these companies are publicly listed and live quarter by quarter. If you’re heavily involved in Mexico, you have to be patient and prepared to play the long game. If you have problems at home, it’s hard to talk your board of directors or shareholders into entering a new country that requires patience. This has certainly worked to Renaissance’s advantage, as we have been able to position the company as a leading operator in Mexico in a short period of time.
In the future, as oil prices rise, balance sheets strengthen and Mexican regulations are streamlined, we expect to see numerous new entrants in Mexico. The nation’s underdeveloped hydrocarbons base is just too attractive to think otherwise.

What are Renaissance’s objectives in Mexico in the long term?
Importantly, Renaissance is in Mexico for the long term. We are progressive but patient and solely focused on Mexico. This is a strategy well supported by our shareholders, which allows Renaissance access to deep pockets of capital. Good timing, a world-class hydrocarbons base, strong technical expertise and access to capital are the winning formula. Renaissance is evolving as a respected onshore operator and will become a major producer in Mexico within five years.

For more information on Renaissance Oil in Mexico, including the company’s development plans for its onshore licences, see our business intelligence platform, TOGYiN.
TOGYiN features profiles on companies and institutions active in Mexico’s oil and gas industry, and provides access to all our coverage and content, including our interviews with key players and industry leaders.
TOGY’s teams enjoy unparalleled boardroom access in 35 markets worldwide. TOGYiN members benefit from full access to that network, where they can directly connect with thousands of their peers.