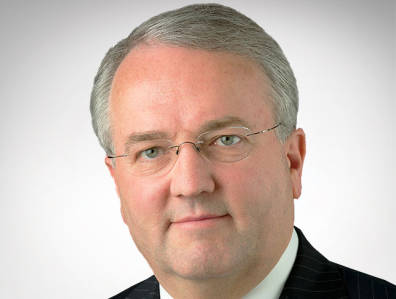 We must have smart, common-sense regulations that will continue to drive innovations in technology and support America’s energy renaissance.

TOGY talks to Jack Gerard, president of the American Petroleum Institute (API). With more than 625 member organisations from the oil and gas industry, the trade association is comprised of large and small companies from all segments of the industry including producers, refiners, suppliers, marketers, pipeline operators and marine transporters.

Based in Washington, DC, the API engages in promotion and advocacy for the oil and gas industry to federal and state governments. In 2016, it spent USD 6 million on lobbying for the industry. It also develops industry standards, offers certification programmes, conducts research and maintains statistics concerning oil and gas operations in the USA.

• On US manufacturing: “Natural gas is an important feedstock that impacts manufacturing costs. The shale revolution in the United States has been a game changer for our economy, and the drop in natural gas prices has helped increase our nation’s competitiveness throughout the world.”

• On the new president: “President Trump has spoken a lot about the energy dominance of the United States. I expect him to fulfill that promise, as he is fulfilling others made during his campaign, and that is very promising for the United States’ energy industry.”

Besides touching on these topics, TOGY talked at length to Jack Gerard about potential changes to the regulatory landscape, public-sector investment in infrastructure and the positive impacts of natural gas. Most TOGY interviews are published exclusively on our business intelligence platform TOGYiN, but you can find the full interview with Jack Gerard below.

What opportunities will emerge for the oil and gas industry in 2017?
The result of the American elections presented a significant change; President Trump is heading in a direction that is in many ways different from that of President Obama. For example, in the past few years, our industry has faced a regulatory onslaught with 145 new rules and regulations aimed at hindering the development of US energy resources.
President Trump’s recent executive orders on the Keystone XL and Dakota Access pipelines and on regulatory reform signal a new direction by the administration when it comes to promoting America’s energy renaissance. Moving forward, I think that there is great opportunity to harness our nation’s energy resources for the continued benefit of American workers and consumers, and the environment.
President Trump has spoken a lot about the energy dominance of the United States. I expect him to fulfill that promise, as he is fulfilling others made during his campaign, and that is very promising for the United States’ energy industry.

You have used the term “common-sense regulations” before. What does this mean?
We are the world’s number one producer and refiner of oil and natural gas, and we are leading the world in lowering carbon emissions. In order to continue US leadership on these critical issues, we must have smart, common-sense regulations that will continue to drive innovations in technology and support America’s energy renaissance.
Let’s take the regulation on methane emissions. Since 1990, natural gas production in the USA has risen by 55%. During that same period methane emissions have decreased by more than 18%. Then what happened? The government decided to regulate methane. Why would they do this? The trends of declining methane emissions show that the private sector is leading on this issue.
The New Source Performance Standard Quad Oa regulation [Code of Federal Regulations 40, Part 60, Subpart OOOOa] put USD 800 million in costs to control emissions that were already being reduced through private sector ingenuity. To add insult to injury, the BLM [Bureau of Land Management] comes along with their methane rule, adding another USD 400 million of cost for work on the federal and Native American lands. This is regulating on existing sources that the EPA [Environmental Protection Agency] determined that they don’t have enough information to regulate on, but another federal agency regulates methane.
This is a total of USD 1.2 billion in costs, but for what reason? The industry was already demonstrating that we could produce more with fewer emissions. That’s not common sense – that’s not smart.

Will the USA become a net exporter of crude oil?
A decade ago, no one would have predicted that the American energy industry would be where it is today.
However, innovation and technological advancement began to shift the equation, and the current situation is very different from that of six or seven years ago. Primarily because of technology, the cost of production has decreased significantly throughout the USA. OPEC’s production cuts open up opportunities for the USA to export. It is a game-changer no one would have predicted.
On the environmental front, carbon emissions are at 25-year lows due to the use of clean-burning natural gas for electricity generation. We were able to accomplish this because the price of natural gas went from USD 14-15 to USD 3 [per million Btu], making it more competitive. Natural gas is a cleaner-burning source of fuel that goes into the generation of electricity.
This, in turn, has made our manufacturing sector more competitive. Our industrial electricity costs are 30-50% lower than those of some foreign competitors.

For more information on the American Petroleum Institute, see our business intelligence platform, TOGYiN.
TOGYiN features profiles on companies and institutions active in the USA’s oil and gas industry, and provides access to all our coverage and content, including our interviews with key players and industry leaders.
TOGY’s teams enjoy unparalleled boardroom access in 32 markets worldwide. TOGYiN members benefit from full access to that network, where they can directly connect with thousands of their peers.