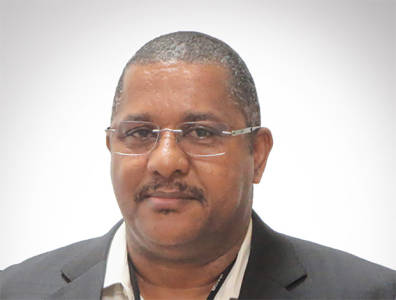 We don’t have alternatives, so we must produce gas to satisfy Angola’s demand for energy.

TOGY talks to Ruben Monteiro da Costa, the CEO of Sonagás, about gas discoveries in the country, the future of consumption, potential for gas sales to neighbouring countries and transportation developments.

Sonagás is a state-owned gas company whose USD 10-billion Angola LNG project ranks as the largest single investment oil and gas project in the country. The company was created in 2004 by Sonangol to better harness both the upstream and the downstream potential of Angola’s natural gas reserves, estimated at 311 bcm (11 tcf). The company has sought to integrate itself into the entire gas value chain in order to transfer know-how and practices from international companies to the Angolan local market and to explore new business opportunities. Sonagás has focused particularly on three value chains: gas industry, natural gas liquids and natural gas.

• On gas reserves: “The results of the pre-salt exploration in 2014 showed good potential for gas, if not more potential than oil, particularly in the Kwanza Basin.”

• On gas use: “The consumption of gas is going to increase. We began using it for power, as the government’s goal is to stop using diesel for power generation. In terms of cost and the environment, the future of Angola is gas.”

• On regional trade: “We can co-operate with Zambia, Namibia or Botswana for example. They need gas and we have gas. There have been some governmental discussions concerning this relationship over the past two years.”

• On gas transport: “We don’t have any pipelines across Angola yet and we are not planning to lay them in the near future. What will grow is the use of railways. Before 2016 gas transport was completed by trucks on the road. We are now using the railways more and more.”

When will the expansion of the bottling plants in Luanda and Lobito be ready?
Due the financial constraints that Sonangol is facing, they decided to defer these investments. On the other hand we are facing a decrease in the consumption of butane gas due mainly due to the increase in the price because of this. We are responding fully to the needs of the market today and we were able to slow down the Luanda and Lobito projects. We are ready to resume the full expansion of them when the market picks up again. Nevertheless we’ve identified some areas that we need to develop now, particularly in the field of safety and for example storage and electric power.
The Luanda expansion project is some 60% finished. Instead of finishing the expansion, we decided to spend 2017 focusing on updating existing storage capacity and working more in palletisation. When finished, the Luanda facility will have a storage increase of 33% and we can increase our production in that magnitude
The Lobito expansion project is almost 85% and the palletisation will mark a big milestone. At the moment, the bottles are loaded manually in all the production chain, and we want to finish that. In 2017, we will change this process so that it is done by pallets. It’s safer and easier to handle, reduces the damage of the bottles and will increase our production capacity.

Will doing so extend the gas coverage in Angola?
Our distribution network for LPG distribution goes everywhere in Angola but is not totally efficient. We need additional coverage in terms of providing supplies promptly, in matters of time, price and service quality. We are implementing filling containers in some remote areas, where people come with their own canisters and fill up their own gas. We started this in 2016, and in 2017 we’ve got 20 containers around the country, many of them in remote areas from Cabinda to Cunene. Today we need to diversify our supply based on the government plans for industrialisation and power generation.
We are working with Sonangol to find ways to allow gas resources developments to get additional gas for the ALNG plant in Soyo and to supply industrial developments at the right price. For example [we] have projects to develop phosphates and ammonia, but these projects cannot be developed with a low gas price and are unaffected by the sales price of ALNG.

What work still remains on the Falcão project in Zaire province?
We’re going to complete the Falcão project in August or September of 2017. The first phase of the project will be finished by the end of March 2017 and will be able to supply gas by the first week of April 2017. The gas will be used for a 750-MW power generation plant in Soyo.

Can gas be used as an interim stage between oil and renewables in Angola?
The consumption of gas is going to increase. We began using it for power, as the government’s goal is to stop using diesel for power generation. In terms of cost and the environment, the future of Angola is gas. We can produce gas in Angola, whereas we must import diesel and petrol. On the other hand, the market for gas is not so good at the moment.
Domestic consumption is our best bet. Angola has never been a gas producer. In fact, it has never led exploration specifically for gas. The results of the pre-salt exploration in 2014 showed good potential for gas, if not more potential than oil, particularly in the Kwanza Basin.
We don’t have alternatives, so we must produce gas to satisfy Angola’s demand for energy. With the prices today, the cost to produce and develop gas in these fields is very high, as it is for pre-salt resources. The market conditions, contract and fiscal terms probably do not encourage development today, and this is something that we need to consider. Although the PSAs signed with the IOCs do not automatically give operators the right to develop the gas, they do give the right to them to present a proposal. It is not completely closed. Sonangol and the Ministry of Petroleum are working on revision of the legal and contractual terms to resolve this situation right now.
For Angola’s current consumption, we import zero gas. However, it is possible in the future if our consumption be more than the ALNG production.

Can there be more co-operation with gas among southern African countries?
Yes. Not only in exploration but also in utilisation. We can co-operate with Zambia, Namibia or Botswana for example. They need gas and we have gas. There have been some governmental discussions concerning this relationship over the past two years. We have railways going to Zambia and in 2017, the governments discussed a gas pipeline from Lobito to Zambia. If pre-salt production in the Kwanza Basin begins, it will be much easier to make this happen, because production is located in southern Angola. But it all depends on consumption needs.

How can connectivity in Angola be improved, in terms of pipelines and road quality?
We don’t have any pipelines across Angola yet and we are not planning to lay them in the near future. What will grow is the use of railways. Before 2016 gas transport was completed by trucks on the road. We are now using the railways more and more. This is mostly important for bottling. We have bottling facilities around the country. Railways are also easy to use during the rainy season in Angola. The new GE locomotives coming to Angola will only make transportation better.

What do you hope to see for Sonagás and for Angola in the next five years?
The gas needs of the country are increasing. We have a mission from the government for the gasification of the economy. We must significantly increase the exploration of gas, both from existing players and new players. We’re going to begin upstream gas projects, and that will be a milestone.

For more information on Sonagás in Angola, including the USD 10-billion Angola LNG project the company holds a major stake in, see our business intelligence platform, TOGYiN.
TOGYiN features profiles on companies and institutions active in Angola’s oil and gas industry, and provides access to all our coverage and content, including our interviews with key players and industry leaders.
TOGY’s teams enjoy unparalleled boardroom access in 32 markets worldwide. TOGYiN members benefit from full access to that network, where they can directly connect with thousands of their peers.