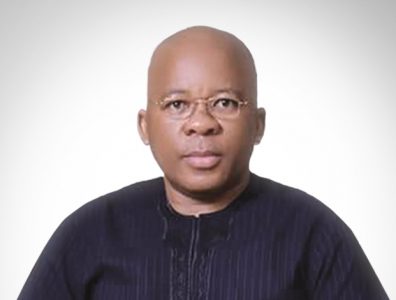 The national gas expansion programme is one of the cornerstones of the government’s plan to ultimately diversify its energy mix.

Gas to power and gas to people

Chibuike Achigbu, managing director of Chimons Gas, talks to The Energy Year about the evolution of the LPG market in Nigeria and the role the company plans to play in the country’s gas transition. Chimons Gas sells and distributes LPG to the Nigerian market through distribution outlets and bottling plants.

What kind of evolution has LPG experienced in Nigeria over the last decade?
We started talking about LPG in 1994, but at that time what Nigeria had was imported LPG. Back then, we only had one functional storage facility, which was the PPMC [Petroleum Products Marketing Company] facility at Apapa, and that was only 4,000 tonnes. Nigeria had the Warri Refinery, the Kaduna Refinery and the Port Harcourt Refinery producing LPG. But it was still not enough to cover the shortages. People would buy based on terms of availability and affordability, with kerosene being the preferred product.
In logistics terms, bringing in LPG was also very costly – 12.5 kilograms was sold for NGN 10,000 [USD 26.10]. Locally produced cylinders would cost around NGN 15,000 [USD 39.14] while imported cylinders were cheaper. There were around 500,000 cylinders in circulation in 2007 but the high price and low demand caused many cylinder manufacturers to close down.
Another of the problems was infrastructure. The cost outlay for any LPG network is very high when compared to products like PMS [premium motor spirit] or AGO [automotive gas oil]. The sales coming from cooking gas demand were thus not enough to make these projects commercial. Yet the main hurdle was people’s mindsets, as nobody seemed to understand the benefits of gas. So, there was practically no market or incentives for LPG.
Things changed in 2007 when an executive mandate was issued by then-president H.E. Olusegun Obasanjo to inject 300,000 tonnes of LPG into the system. This strategy was aimed at catering to the domestic market and reducing the dependence on imports.
NLNG drove this initiative by introducing the LPG programme with six private companies, including Chimons, signing this LPG pledge. As a result, Nigeria has gradually ramped up domestic consumption from 40,000 to 1 million tonnes per annum. From this amount, 450,000 is coming from NLNG and 550,000 from imports and marginal field operators.

How is the autogas programme progressing?
The national gas expansion programme is one of the cornerstones of the government’s plan to ultimately diversify its energy mix. Gas seems to be the new petrol in a country where there is a novel bet on LPG and CNG as feedstock for autogas. The government has rolled out this plan in three different states as a pilot test of the autogas initiative. Unfortunately, this is something that will take time as the process entails diverse elements.
There are three main indicators to consider in this equation: affordability, accessibility and acceptability. Firstly, the conversion kits for car engines are not cheap – around NGN 250,000 [USD 652] – especially when considering the exchange rate. Also, the gas price is relatively unstable, added to the fact that we do not have a domesticated price, as it is tied to Mont Belvieu. Price-wise, the economics of scale still favour PMS over autogas. Beyond the removal of VAT, further incentives should be introduced to make LPG a cheaper fuel. The hope is that with the deregulation of the sector, the cost of petrol will eventually be higher than that of gas.
Secondly, accessibility is still a major issue. There should be more access locations and a larger network of autogas filling stations across the country so that users are guaranteed supply and can avoid running out of gas. Work still has to be done when it comes to equipping filling stations, which, in turn, will harness the confidence of users.
Lastly, we have the element of acceptability. There is still scepticism surrounding the usage of gas in people’s day-to-day life. Ironically, many still believe that using gas is like building a bomb, as they consider it risky and harmful. Advocacy campaigns like the ones we have been carrying out are essential to educate potential users and change their mindset. Once people start using gas, they do not want to change, and it is here where the government should play an important role.

How do you aim to expand your retail and skid business in the coming years?
We have three gas stations at the moment but our aim is to spread our reach across the entire country. We are presently in Lagos but we want to gain a presence in the north of the country, namely in Kano and Kaduna. On paper, we have projected about 25 more retail stations as part of our strategic expansion in the near future.
Our growth programme has now shifted into autogas given the push this space is receiving. Initially, our plan was to have at least 10 skid plants for cooking gas but this is changing. The skids will now also cater autogas.
Moreover, we are trying to push LPG uptake through government means. We are aiming to make these skid refilling mini-plants an intrinsic part of building codes. Depending on the size of an estate being developed, one could choose whether to install a 20- or 40-tonne tank. This is a way of promoting the use of LPG on a gas-to-people basis.

How has construction of your new LPG terminal progressed?
Construction on the new terminal started in Q1 2021 and we hope to have it operational 18 months after that. The NCDMB [Nigerian Content Development and Monitoring Board] is a temporal equity holder with 40.9%. The terminal will include a 5,525-tonne storage facility. From this total, roughly 3,000 tonnes will be used by Chimons Gas while the other 2,000 will be used to store product from other offtakers.
The rationale behind this is simple. Right now, we are dependent on and at the mercy of those who own storage. Those of us that do not have facilities remain dependent in terms of the storage volume holding parties have agreed to grant us. These companies are the ones deciding how much volume we can handle in the market. This means that our strength and potential in the market is being determined by another player. The whole strategy behind this facility is to be independent and self-sufficient.

What position do you want to have in the country’s gas transition?
Our overall intention is to directly strip the LPG from a given site. We have already looked into Qua Iboe, in OML 13, as fairly prospective for this activity. The gas there is predominantly wet gas, which means we will be able to produce NGLs such as LPG and CNG. Dry gas, on the other hand, will have to be sent back to any nearby power plant.
This means that we aim to strip the gas ourselves, process it, store it and ultimately supply it to the end user. We want to be a turnkey A-Z gas company. As a matter of fact, we will be key agents triggering gas-to-power and gas-to-people initiatives in Nigeria. We have a mantra: “energy everywhere for everyone.” That is our goal.