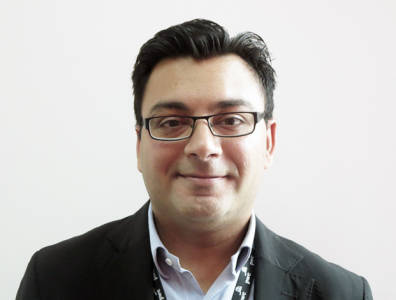 "Operating in Angola is very expensive. So far, the high profitability offered by the Angolan oil and gas industry has justified expensive drilling operations and risky investments."

Getting local in Angola

For more than 20 years, the Angolan government has been supporting the development of local content in the country. Assurance partner and oil and gas Angola lead partner at PwC Sarju Raikundalia explains the importance of local involvement in the oil and gas industry. In July 2014, audit and consultancy firm PwC Africa created a joint venture with PwC Portugal to better co-ordinate PwC Angola’s operations in the country.

Oil and gas companies must comply with a 70-percent employment rate of Angolan employees, with little room for interpretation. However, a main concern is the type of positions offered to locals. The Angolanisation rate is not difficult to achieve for medium-sized and large companies. The key challenge is to meet this requirement considering the strategic expected goals of this regulation, in the sense that the transfer of knowledge and experience at higher positions is hindered. There is still a gap with regard to Angolan citizens holding top management positions. Local content regulation must involve all levels of a company for the country to have a well-rounded workforce as a base for the Angolan economy.
Most of the oil and gas companies have an Angolanisation percentage much higher than is required, but local content requirements continue to be a significant issue. The continued drive by the government to enable locals in the energy industry is revealing a general reduction in the percentage of expatriates employed by the oil and gas players in technical roles and as a percentage of the total workforce. Consequently, retention of skilled workers is becoming a challenge in the industry.

FILL IN THE GAP: Another important aspect is how much international oil companies contribute to the overall development of the Angolan economy. In this regard, analysing the supply base of oil companies operating in the country is key. Unfortunately, there is a clear gap between international and local services providers.
Important competitiveness bottlenecks exist for local companies wanting to carve out niche clientele. Local services suppliers need to demonstrate the capacity to offer a quality of services equal to those provided by foreign companies at a competitive fee. Local services companies are asked to compete on the same level as more established international firms, which is something that can rarely happen under the current circumstances.
Diversification also needs to be developed further at higher levels, which is something that national legislators are currently looking into through some initiatives, as well through programmes such as Angola Invest. The plan, initiated few years ago by the Angolan government, aims at creating and strengthening local micro, small and medium-sized enterprises in support of the diversification of the Angolan economy.

DEPENDENCE ON IMPORTS: The development of the local manufacturing sector is not new to Angola. The current status is insufficient to support the huge demand of the oil and gas industry as well as other sectors. Over the last two decades, Angola has been following a liberal approach towards imports to compensate for the lack of goods made in the country, mostly due to the instability caused by 27 years of civil war. The country faced impressive demand for goods and services from the booming oil and gas activities of the late 1990s and early 2000s, as well as the need to re-build the country’s infrastructure.
Most, if not all, relevant international oil companies are in the market with a firm network of external suppliers supporting their activity portfolio in the country. Local small and medium-sized enterprises willing to enter the manufacturing sector have difficulty matching both the availability and prices of imported goods. Local fabrication is very costly, hindering the potential of Angolan companies to act as competitors.
Current low oil prices are adding a further challenge to the development of the local manufacturing sector. Operating in Angola is very expensive. So far, the high profitability offered by the Angolan oil and gas industry has justified expensive drilling operations and risky investments. With the price of oil oscillating $40-60 per barrel, companies are re-evaluating their strategies. The gap between the cost and the profitability has been narrowed.
This is a long-term industry, and therefore industry players will continue to look beyond current prices but at the same time will look to cut costs and improve operational efficiency.

HESITATION ABOUNDS: International companies looking to enter the Angolan oil and gas market will now think twice. Those already active in the industry are retaining their market share and capitalising on previous investments made when the prices of crude were around $100-$110 per barrel as well as seeking further opportunities by taking advantage of being already established in the country for so many years. The Angolan government needs to intervene and create incentives for international companies to keep investing in the country, starting by lowering the tax burden on oil and gas activities or implementing new mechanisms. Most aspects of this industry come with uncertainty, and regulation cannot be one of them. The Angolan government needs to ensure that legislation is more investor friendly. Regulatory uncertainty is a significant threat to growing business.
The government is looking to diversify the economy. Such a scenario would bring several benefits, such as higher employment rates among the local workforce and a more variegated base of tax entries. This would further help the government relieve the oil and gas industry from bearing more than half of the country’s GDP.