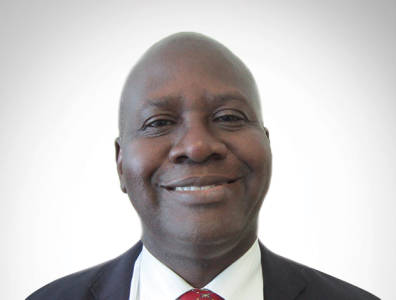 Good government policies led to the discovery of oil, and good policies invariably led to the introduction of a new retirement/pension system that allowed the country to boom.

Clifford Mpare, the chairman and CEO of Frontline Capital Advisors, talks to TOGY about the role of oil and gas in the Ghanaian economy, government involvement in industry and the development of the power sector in the country.

• On Nigeria‘s legal framework: “Good government policies led to the discovery of oil, and good policies invariably led to the introduction of a new retirement/pension system that allowed the country to boom.”

• On power: “The government cannot do infrastructure development on its own, so PPP initiatives are an important part of growing our energy needs.”

• On development: “Power is critical to everything that we are going to do as a country. If we have less power, that affects us. If we have more power, we can industrialise more quickly.”

Most TOGY interviews are published exclusively on our business intelligence platform, TOGYiN, but you can find an abridged version of our interview with Clifford Mpare below.

Is there a connection between Ghana becoming wealthier and the discovery of oil and gas?
That’s an interesting question because the corollary you see is countries that have found oil always have oil cash. I don’t think there is a correlation, but there is certainly an association. The long-term savings policies recently were very good, the government had, in its wisdom, the policy of making pensions much more inclusive. Good government policies led to the discovery of oil, and good policies invariably led to the introduction of a new retirement/pension system that allowed the country to boom.
Commodity prices unfortunately then tanked in 2012. It wasn’t only Ghana that was affected, a lot of African countries saw a step decline in their economy. But that has not derailed the economic miracle in Africa. The things that led to Africa’s renaissance and Africa’s economic progression were not only commodity prices. What has led to Africa as an investment destination are consumer spending patterns and the population or demographics trend, which are favourable for Africa.
What is surprising to me is that in the previous decades, the experience of the 2012 and 2013 commodity price fall would have led to a total collapse of the African economies; then the recovery period would have also taken much longer. But this time around, there has been a rapid recovery, and we can see that economic growth in a number of African countries is sustainable. Six of the world’s top-10 fastest growing countries are in Africa – Senegal, Ethiopia and other places. It has been quite gratifying to see that a number of countries are doing so well. The question is long-term sustainability of these high-growth economies. Historically, the sustainability of growth in your gross domestic product can lead to broad wealth creation. To me that’s what we are hoping for in this country.

Is there too much foreign business influence in the economy?
Absolutely, absolutely. The classic example is MTN, which is on its way to listing on the stock market. On that cue, Vodafone has said they would also like to list on the stock market. That gives more foreign companies the impetus to list, and that’s certainly a good thing. With local ownership it will be like we as Ghanaians are sharing in the prosperity of these companies, since most of their revenues a generated by the citizens of this country.
For example, the people who invested in the early days of MTN have made a lot of money. Opportunities will continue to come in many sectors including the energy/oil and gas sector. Unfortunately, when you don’t have capital to invest in any business operations, it inhibits wealth creation. Foreign companies, who are actually benefiting from the country through profits and dividends should give back, at least in sharing their profits. If there are enough shares listed in the local economy, and most of those shares are purchased by the local Ghanaians, then at least when dividends are declared some of the money will stay in the economy and not go offshore. When we have 100% of dividends go out of the country, it has a bad impact on our currency.
The currency has been a little soft in the past several weeks. One of the explanations we hear is that some foreign companies are repatriating their profits back to their home countries. If a company are forced to list 30%, 40% or 50% of its shareholding here in Ghana, the dividends will stay here. I am a big advocate of that.

Do you see greater opportunities for private companies in setting up a PPP in the power sector?
The government cannot do infrastructure development on its own, so PPP initiatives are an important part of growing our energy needs. I believe a lot of independent power producers are coming on stream and trying to be a part of the solution to the problems we had several years ago with dumsor [outages]. I think the US government has been particularly attentive to the need to solve the power problems in Africa.
Power is critical to everything that we are going to do as a country. If we have less power, that affects us. If we have more power, we can industrialise more quickly. We have bauxite deposits that can be turned into aluminium, and if we don’t have power, how do we get from bauxite to aluminium? That has always been the challenge and the problem. Power generation is absolutely critical.

For more information on Ghana’s legal framework and ongoing bid round, see our business intelligence platform, TOGYiN.
TOGYiN features profiles on companies and institutions active in Ghana’s oil and gas industry, and provides access to all our coverage and content, including our interviews with key players and industry leaders.
TOGY’s teams enjoy unparalleled boardroom access in 35 markets worldwide. TOGYiN members benefit from full access to that network, where they can directly connect with thousands of their peers.