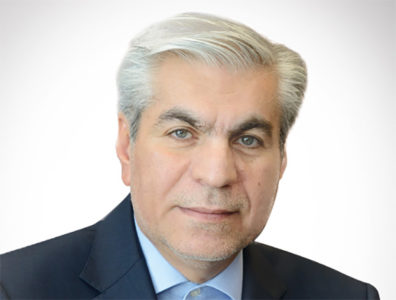 "Spot market trade is also growing because of the greater flexibility it provides, but long-term contracts will remain the main component of global gas trade."

Gas markets are facing serious challenges. On the back of the shale gas boom, the US is set to become an LNG exporter by 2016 and a net exporter of natural gas by 2018, according to the US Energy Information Administration. In Europe, where climate policies are undermined by the better economics of coal-fired power generation, gas demand declined by more than 11 percent in 2014.
Economic slowdown at the global level and in main consuming countries such as China has also been affecting overall demand. Meanwhile, Japan appears poised to restart its nuclear programme, which may have an impact on the country’s energy mix and demand for natural gas.

DEEP OIL IMPACT: The fall in oil prices starting in June 2014 has shaken the hydrocarbons industry, a dynamic reinforced by OPEC’s decision to maintain its oil production above 30 million barrels per day.
This has made natural gas sold under oil-indexed long-term contracts competitive with gas sold under a hub-based price mechanism. This latter change has weakened the appetite of Asian buyers for hub-indexed gas prices.
Although there is a time lag between changes in the price of oil and gas, the oil market’s fear of oversupply and weak short-term demand has driven oil and gas prices down to a level not wholly in line with market fundamentals.
Hub prices are not fully correlated with oil prices, but spot markets have also been affected, as prices decreased to remain competitive.

FUTURE TRENDS: In the short term, gas markets look likely to remain oversupplied. In the medium term, demand will increase rapidly, driven by steady economic growth in the Asia-Pacific region and a decline of conventional resources in Europe. After 2020, we may reach a new stage of excess capacity with new sources of supply coming on stream in countries such as Russia, the US, Turkmenistan, Australia, Algeria and Papua New Guinea.
However, if oil prices remain at present levels over the long term, the availability of gas will be subject to uncertainties because of reduced investment in exploration and production activities, which may result in a sharp price rebound. In addition, unconventional gas developments outside North America remain highly hypothetical. India, South Korea, China and Japan will remain large importers of gas. Demand in China is increasing due to new energy policies favouring the use of natural gas in order to limit the country’s environmental footprint. South Korea and Japan have very scarce domestic hydrocarbons resources and are the two biggest consumers of LNG in the world.
As a result, natural gas trade is expected to increase significantly, from about 1 tcm (35.3 tcf) in 2014 to 2.2 tcm (77.7 tcf) by 2040. This represents an annual growth of 2.7 percent. LNG trade is expected to grow even faster, at about 3.4 percent per year, and its share of global gas trade is set to increase from 35 percent to 40 percent in 2040.
Although LNG projects are capital intensive, liquefaction allows gas to be exported to more distant destinations, giving both producers and consumers greater energy security in the form of flexibility and access to diversified markets and supply sources, respectively. Spot market trade is also growing because of the greater flexibility it provides, but long-term contracts will remain the main component of global gas trade, as they support energy security.
Natural gas is set to replace oil as the leading fuel in the global energy mix, due to its growing use for power generation, transportation and feedstock. The share of gas in primary consumption is set to rise from 21 percent in 2015 to around 27 percent in 2040.

QATARI HEDGE: GECF members are well placed to meet growing demand. Qatar is the largest LNG exporter in the world, and in 2014, accounted for about 32 percent of global LNG trade and 50 percent of GECF’s LNG exports. The country has developed an excellent market diversification strategy, and the successive extensions of the moratorium in the North Field also show prudent and strategic management of the country’s key resources.
Additional LNG production announced in the US, Australia and other countries such as Tanzania and Mozambique will spark competition with Qatar. However, additional volumes will create flexibility in the market and encourage dialogue between producers and consumers. Newcomers will also struggle to position themselves in the market.
Qatar has well-established gas-based, gas-to-liquids and petrochemicals sectors, and it can further monetise its gas reserves through the development of these areas as well.