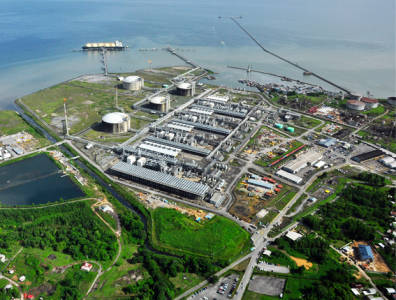 "The proliferation of independent oil and gas companies that use domestic oilfield services could help direct commodity revenues back into Trinidad and Tobago’s own economy."

Homegrown success in Trinidad and Tobago

As the largest energy producer in the Caribbean, Trinidad and Tobago is a magnet for IOCs and foreign energy investors. Hosting IOCs benefits the nation’s economy, with around 40 percent of GDP contributed by revenue from oil and gas exports.
Given the relative ease of doing business for foreign investors in Trinidad and Tobago, the bulk of energy export revenues leave the country via IOCs, with little invested into the domestic economy.
As the country’s commodity revenues fall largely into foreign coffers, key domestic sectors lose out as potential beneficiaries of the lucrative oil and gas industry. The proliferation of smaller independent oil companies that contract domestic oilfield services can play a key role in directing hydrocarbons revenues back into the local economy.
By encouraging these independents to expand production in the country, Trinidad and Tobago can ensure maximum revenue returns on its proven crude oil reserves of 800 million barrels, alongside natural gas reserves of around 400 bcm (14.1 tcf).

EXPAND AND ENHANCE: For independents to compete in Trinidad and Tobago’s hydrocarbons market, they will need to enhance production levels through acquisitions and the expansion of their existing operations. A leading example of this strategy can be seen in Trinidad-headquartered Trinity Exploration & Production, which has announced strong total production figures averaging 3,433 barrels of oil equivalent per day for the first quarter of 2015.
In July 2014, Trinity acquired an 80-percent stake in a greenfield development, blocks 1a and 1b, from UK multinational Centrica Energy. Located 25 kilometres offshore southwest Trinidad, blocks 1a and 1b had a previous investment of around $220 million. The blocks proved attractive due to their combination of established well durability and low-cost development potential.
Trinity’s block expansion and production boost provides an example of an independent company successfully operating in a market dominated by international upstream actors.

GOOD NEWS FROM GOUDRON: UK-headquartered LGO Energy, formerly Leni Gas & Oil, has had similar success at its most recent development, the Goudron oilfield. In December 2014, initial testing put Goudron at a production level of 1,085 barrels of oil per day. Drilling at the field has seen a 100-percent hit rate.
“All the approvals have been granted for the 2015 Goudron drilling programme to start. This should lead to significant increases in oil production,” LGO Energy CEO Neil Ritson said in February 2015. The development is expected to average more than 2,000 barrels of oil per day in its first years on stream.
Both Trinity and LGO enjoyed steady growth and output throughout 2014. With their success, Trinidad and Tobago can aim to bolster its economy, including its services sector, by attracting more small independents to its energy industry.

For more news and features from Trinidad and Tobago, click here