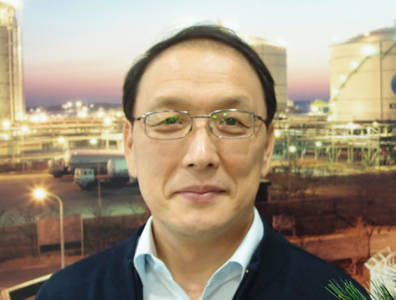 It is safe to say that ever since the Islamic State occupied Fallujah in January 2014, unrest has spread.

Working in Iraq is not without its difficulties. Obstacles to smooth operations range from ageing infrastructure and a cumbersome bureaucracy to crippling violent conflicts. The domestic oil industry must now combat low commodity prices and major arrears to international operators to satisfy public revenue streams. Myeongnam Kim, managing director of the Korea Gas Corporation (KOGAS) spoke to TOGY about some of the difficulties.

Being able to operate efficiently in Iraq is contingent on which part of the country the work is being carried out. As evidenced by the consistent level of exports of 2.49 million barrels of oil over the second half of 2014, operations in southern Iraq were largely unaffected by the turmoil that engulfed other parts of the country, such as Anbar Province and much of northern Iraq.

“Depending on the region of operation, you might not even notice any problems, such as in the Basra area,” Myeongnam Kim, managing director of the Korea Gas Corporation (KOGAS) told TOGY. “It is safe to say that ever since the Islamic State occupied Fallujah in January 2014, unrest has spread. However, around that time we could still manage our operations. The advance of the militants over the summer of 2014 really halted operations altogether,” he said.

CASE IN POINT: Situated in Anbar Province along the border with war-torn Syria, work in the KOGAS-operated Akkas gasfield, home to 94 bcm-159 bcm (3.3 tcf-5.6 tcf) of gas reserves, began in 2011. In April 2013, assailants killed three local workers. The authorities, caught by surprise, have had difficulties in providing security ever since.

“While we understand that the situation in the country has at times been beyond the control of the Ministry of Oil, we have not always been able to rely on the government for our security,” Kim said. “At the beginning of 2014, the government deployed extra troops to the Akkas gasfield, but they had withdrawn as of July 1. The country’s oil police were mostly deployed in the north of the country.”

First gas from the Akkas field was initially scheduled for September 2015, but this deadline will not be met. “We have already discussed the rescheduling of the Akkas gasfield with the state-owned Midland Oil Company. Only when the militant threat is removed and security is restored and guaranteed can operations resume,” Kim added.

DEFICIT: A problem of a different kind surfaced at the beginning of 2015, when the 2015 budget law draft, approved by parliament in late-January, revealed a deficit of IQD25 trillion ($21 billion). Soon thereafter, significantly lower oil prices started to hurt the Iraqi economy. For example, in January 2014, Iraq exported 69.1 million barrels of oil, earning the country around $7 billion. In December that year, exports totalled 91.2 million barrels, yet revenue was $5.1 billion.

The government has accrued vast debts to international oil companies. In late-March, Deputy Minister for Gas Refineries at the Ministry of Oil Fayaz Hassan signalled that operators in Iraq were due around $20 billion in arrears. Earlier that month, Reuters reported Minister of Oil Adel Abdel Mahdi as saying that payments due in 2015 would amount to $18 billion.

“Due to the budget deficit, companies have not been compensated as scheduled. It is probably common for all international oil companies in Iraq now,” Kim said, adding that he fears companies such as KOGAS would be forced to reduce their scheduled activities, unable to continue spending without a scheduled repayment.

“As of April 2015, we had poured in more than $2 billion. Therefore, we cannot really expand any further,” he said. “Minister Abdul Mahdi has told us that they will definitely repay all the outstanding payments for 2014 by the middle of 2015,” he added.

BICYLE RIDE: Because the share of oil the country’s public revenue is 98 percent, Iraq has no choice but the keep pumping, no matter how low the price of oil. “The oil and gas industry in Iraq is like a bicycle,” Kim said. “The front wheel is the Ministry of Oil and think of international oil companies as the rear wheel, with GDP on the saddle. In order not to fall, both the front and back wheels need to keep going.”

Click here for more news and features from Iraq