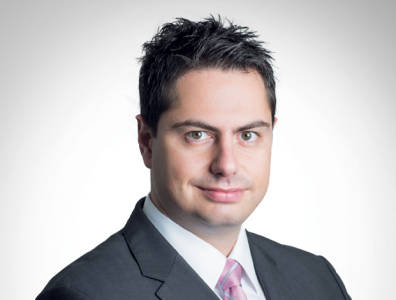 A strong private sector would be able to assist the government in rebuilding Iraq. The reconstruction effort depends solely on state finances.

Iraq inches towards a modern economy

The availability of financial instruments and reform in the Iraqi banking sector are relatively new concepts. Andreas Meletiou, the CEO of Standard Chartered for Iraq operations, talks about some of the changes that are necessary for the development of a modern banking sector equipped to support the growth of the Iraq economy.

The banking sector in Iraq is in a state of continued development. A solid institutional framework and capital structures are only beginning to be put in place in the country now. For example, to finance large projects, whether in the hydrocarbons or infrastructure sectors, a robust legal framework is essential to attracting international investors and lenders.

FRAMEWORK: Project financing is not widely available in Iraq. Local banks are not well equipped to finance large projects, and international banks have limited appetite. The significance of funding from international lenders in project financing should not be underestimated, and availability of such funding requires the right framework to be in place.
An independent power plant, for example, would require equity investments by the developer, as well as the full support of the government through power offtake and fuel supply agreements. The participation of multilateral institutions, export credit agencies and established developers and contractors would also help to attract project financing from international banks to the country.

BANKING SECTOR MODERNISATION: A more level playing field between state-owned banks and private banks – both domestic and international – would also bring positive change, not only to the banking sector, but also to Iraq’s economy in general. A modern economy requires a modern banking sector. In turn, a modern banking sector cannot solely depend on state-owned banks.
While state-owned banks play a key role in an economy, a modern economy also needs strong private sector banks. The Iraqi government and the Central Bank of Iraq have recently introduced some welcome changes in regulations, partly allowing private sector banks to directly deal with ministries and state-owned entities. However, more work is needed in this regard, as moving away from historical practices can be challenging in itself.

INTERNATIONAL MARKETS: Iraq recently obtained its inaugural credit rating. While it is not a particularly strong one – Fitch gave Iraq a rating of B- in August 2015 – this is a positive step forward for the country.
The credit rating supports Iraq’s ambitions to tap the international capital markets after almost a decade. It also creates a baseline from which to bring about necessary change, highlighting key issues and creating a sense of urgency in addressing gaps and inefficiencies. The country has historically been the host of a centrally planned economy, dominated by its public sector.

PRIVATE SECTOR: A strong private sector will need to be developed in the country over the coming years.
While the transition from a centrally planned economy to a more private sector-led one will be a challenge, Iraq, just as any other nascent economy, will have to travel the path.
A strong private sector would be able to assist the government in rebuilding Iraq. The reconstruction effort depends solely on state finances, compressed by low oil prices.
The development of a strong private sector combined with a strong banking sector, would have better equipped Iraq to weather the challenges of the low oil price environment and would have been able to, at least partly, continue the country’s much needed infrastructure development programme.