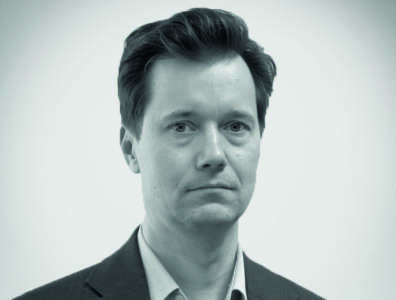 Companies resort to rental businesses because a power plant cannot be built in a few months. This approach is a crime against the national economy.

Wärtsilä’s area business development manager for the Middle East, Asia and Australia, Kari Punnonen, discusses the many benefits of piston engine power generation, better known as internal combustion engine (ICE), over gas turbines, and how this technology is particularly suited to the Iraqi market. Efficiency is of increasing importance in the market, and industry actors need to develop permanent energy supply methods to overcome the infrastructural challenges the region’s conditions pose.

Iraq needs a lot of power generation capacity. To increase power generation in Iraq, policy makers should familiarise themselves with alternative power generation techniques that utilise fuel more efficiently and maximise savings.
Smaller gas turbines that use high quality gas refined from associated gases have generally been installed at Iraq’s oil and gasfields. This means that turbines are essentially using good fuel, which could be sold on the market.
The low efficiency levels of turbines compound the problem. ICE engines consume only half as much of fuel as gas turbines and can run on lower quality gas or oil. As such, piston engine technology can free up a lot fuel for sale in domestic or international markets.
The piston engine is similar to that found in a cars, only larger. The diameter of a piston can reach up to 50 centimetres. An ICE combustion process is very robust and can tolerate a lot of variation in fuel quality. A turbine has relatively strict specifications for fuel quality and cannot handle heavy gases.

FLEXIBILITY: Iraq has multiple issues to contend with. First of all, fuel is in limited supply. The infrastructure to supply the power plants with feedstock is also insufficient. Both power plant and infrastructure construction projects in Iraq require capital, and finding outside financing is difficult, because doing business in the region is not always profitable. This is especially troubling as the country urgently needs about 21 GW in installed capacity, but only has 11 GW.
Gas feedstock for power generation will be unavailable for another two to three years. Piston engine technology is available in dual fuel models that can run on liquid or gas fuels. Liquid fuel can be used as feedstock until gas becomes available.
Dual fuel concept is also good when the gas supply is not 100 percent secure. For example, the engine can run on gas 80 percent of the time and on liquid fuel during supply interruptions. This arrangement is much more flexible, fuel feed source can be adjusted even while the engines are in full load.

PRESSURE IS ON: While large engine-based power plants have become more accepted in the power generation sector, the oil and gas industry is still relatively unaware about large-size engine-based technology.
Industry actors still view engine generators as the small back-up unit in the corner, even though these large-sized engines in multi-unit installations are actually the main prime movers of a power plant. The largest plants built on around ICE technology are up to 600 MW.
Rental engine units cannot solve Iraq’s power supply problem. That would mean companies installing between 10 and 20 1-MW generator boxes in a single location, which does not make sense economically.
First of all, the generators run on diesel, which is the most expensive fuel available. Smaller high-speed units are not as efficient as larger units. They consume an additional 20-30 percent of fuel to generate the same amount of power.
Short-term thinking dominates Iraq. Political pressure favours immediately available but temporary services when power generation is urgently needed. Companies resort to rental businesses because a power plant cannot be built in a few months. This approach is a crime against the national economy.
People don’t realise how many hundreds of millions of dollars they waste each year. If logistics and infrastructural resources are available, a large engine-based power plant that can generate 100 MW of power can be installed in a less than a year’s time.

LOW-CARBON CRUDE: A gas turbine plant is more economical than an engine plant only if the turbine plant operates on a combined cycle. Companies still build single-cycle gas turbine plants, which wastes money. The money spent for extra fuel will exceed the original investment in five to 10 years.
The costs will add up quickly, wasting resources and possibly national wealth. On a global level, 50-70 percent of the cost of the life cycle of a power plant is the fuel, meaning that 50-70 percent of the money spent during the lifetime of the plant is the fuel cost. This is particularly important considering the higher initial investment, as well as operation and maintenance costs of the plant, a figure much lower for engine-based plants.
Engine-based technology can improve the overall operational efficiency of oil and gas operations. International oil companies are becoming more aware of the carbon footprint of each crude oil barrel produced. Switching over to engine-based technology for power generation can reduce the project’s carbon footprint by up to 40 percent.
Power generation is the major emitter of carbon dioxide in the oil and gas industry. No other single measure can bring greater reductions. The industry could create a special qualification for barrels produced efficiently, such as low-carbon crude and environmentally harmful crude, and provide accompanying certifications.