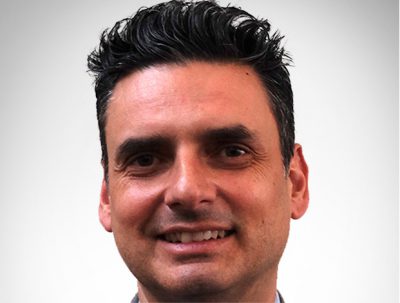 Having this independent regulatory agency allows the continuity of investments.

Guillermo Garcia Alcocer, president commissioner of the Energy Regulatory Commission (CRE), talks to TOGY about the entity’s regulatory objectives and how the sectors it oversees have developed over the past year. The CRE regulates, promotes competition and ensures quality and supply in Mexico’s natural gas, LPG, refined oil products and electricity markets.

What are the CRE’s objectives for 2019, given its current mandate and the new political environment in the country?
Our first goal is to provide certainty regarding investments. That is our main mandate. Regulatory entities were created to provide certainty when faced with political changes, insulating the sector and providing a set of permanent rules that are continuous over time and known by everyone. Thanks to this, investors have elements to base their decisions on. Having this independent regulatory agency allows the continuity of investments.
This is a collegiate body that transcends the six-year periods of the executive branch, and it has the capability of providing this certainty. I believe this was evident over the past months of continuous work, during which we accomplished the entry of several petrol brands in the market. We have petrol distribution networks that are now isolated from Pemex, such as Exxon and, incipiently, Total.
More than 39 solar energy plants began operating in Mexico in 2018. Regarding distributed generation, we have more than 85,000 solar roofs in Mexico. This number has doubled year after year, and in 2018 was particularly intense in this respect.

What main elements make the CRE an independent regulator?
We have a regulatory framework granting us significant degrees of freedom. An example could be electricity tariffs. There was a huge debate regarding what should be done with electricity tariffs. In December 2018, we saw we needed to move forward with the cost recognition model.
There were different public positions on this subject. One segment said tariffs should be raised and then maintained in real terms, inflation-adjusted. Others said they should be lowered because they were having a big impact on the industry. What we said is that tariffs are what they are.

What measures has the CRE taken to increase efficiency in the power market?
We are trying to send the right signal to the market. Once people realise that power is currently being generated at a high cost, then you have the incentive to look for alternatives and bilateral contracts, to put up a solar roof, if it is a small company, or to install an isolated supply, if it is a large company.
If the price signal is not in a market environment, the decision-making process is distorted. This is what happened with electricity tariffs from 1990 until 2017. Tariffs in 2018 were like a bucket of cold water, but they were a signal in the right direction regarding the cost of generation. It would be hard to find evidence of the CRE’s independence more compelling than this.
I managed to anger the finance secretary, the energy secretary, every business association and the CFE, and also some commissioners, because some of them voted against it. The day someone congratulates you in your role as a tariff regulator is the day you must resign because it will mean you are no longer fulfilling your duty. The task is to lay the groundwork so the actors can make their decisions without distortions.

What measures has the CRE taken to increase efficiency in the LPG market?
Towards the end of 2018, we issued a series of regulations regarding the way in which Pemex granted discounts. We saw there was no pattern to explain how it awarded discounts among users or regions. We allowed the company to grant these discounts, but bounded by specific conditions. One of the restrictions we imposed is that the discount must be the same for the same volume in the same region. The discount for a different volume within that same region must hold a linear relationship.
Before, Pemex granted exponentially growing discounts the bigger the volume, which constituted an incentive for concentration, both on the supply side – Pemex – and on the demand side – those that purchase the company’s product. With a linear relationship, this is avoided. We have also established different forms of participation.

Regarding permits, what measures has the CRE taken to create a more level playing field among participants?
Another great success in 2018 was separating plant and garage for tanker truck permits. It constituted an entry barrier, because it required having a huge extension of land for the tanker trucks and storage. We separated these permits.
A clear signal that we are on the right track is that every business association came to our office together to complain about it. They argued this would incentivise anti-market practices that are not safe. It was a big dispute in the media. But now, we already have three permit holders with tanker trucks that don’t have the storage plants.
We told Pemex that all its storage plants were going to have open access for everyone, so Pemex and private companies alike can use them. This is just the beginning. This market still requires a few years to become competitive. We are establishing the elements of competition.

What other tools have you rolled out to increase competitiveness in the LPG market?
We launched the applications Gasoapp in 2017 and AmiGas LP in 2018. This last one allows you to compare the prices of the different LPG distributors. In Mexico City, you have 30 options and this app orders them from least to most expensive. Through this app, you can also report a company if it didn’t want to provide the service. You can enter the tanker truck’s registration plates to see if it has a permit and if everything is legal, and if it’s not, you can proceed to make a citizen complaint.
We have been establishing rules that provide incentives and information. We presented a claim before Cofece [Federal Economic Competition Commission] for anti-competitive practices. With all these actions we are sending reward and punishment signals, which is what a regulatory agency must do. This is the first time in history that a claim of collusion in the LPG market has been brought forward, and we did it. Cofece is now carrying out its investigation and we are hopeful it will end with a favourable resolution.

What have been the latest developments in the fuel retail market, given its recent liberalisation?
Towards the end of 2018, we issued certain regulations limiting the discounts Pemex granted, very similar to what we did for LPG. There is a commercialisation margin called la K, and we told Pemex it cannot have discounts greater than a certain amount. Throughout the year, we observed that the company had granted discounts above the commercialisation margin.
Then there is the RVO [renewable volume obligation], which is a support given by the United States government to producers of ethanol. When Mexico purchases petrol from the United States, since this is petrol that is not remaining in the US, the RVO turns into a discount for Mexico. The supplier no longer has to pay that tax when selling to Mexico, and that RVO was concentrated in the larger volumes. The discount Pemex received was in turn offered only to those who purchased large volumes from Pemex.

What instructions did you give Pemex to correct this market distortion?
We said that if Pemex has a discount in the United States, the company will offer it to everyone. In 2018, we also told Pemex that if it were going to smooth prices, the net result must be zero, to have a balanced moving average. Last year, the company made a net loss of MXN 100 million [USD 5.19 million], which is not a lot, considering the market size, but the idea is to have a zero-sum process.
Pemex also must inform and make public the smoothing formula it is using. All these were elements the CRE identified throughout the year as inhibiting the entry of traders and of analogous operations. Thanks to these changes, new importers are strongly entering the market.

How has the market reacted during the period of fuel shortages?
During the shortage, the volume of petrol imported by private companies doubled, going from 3% to 6% in just a few weeks. What was needed was the signal from the government of the republic saying to bring in all the product possible, because we all need to help Pemex overcome its problems.
Having a regulatory framework was what allowed for Exxon’s rapid reaction. Exxon is bringing additional shipments. That company has implemented an emergency programme and is bringing a much greater volume than what it had originally planned. This is helping in El Bajío, where Pemex completely stopped its distribution because it had closed the Salamanca refinery and pipelines.
There were long queues in León, because Exxon was supplying fuel there. We could have even reached a situation in which there were no queues because there was no product. The fact that there were queues at least meant someone was able to supply the service stations with product while Pemex went through this problem.

What strategy should be followed to pursue a sensible energy policy that does not create an over-reliance on foreign supplies?
That is the difference between energy security and energy sovereignty. Energy security means having the product whenever and wherever you want at the least possible cost. Energy sovereignty implies having the product in the national territory and the issue of costs is relegated to a second level. Production can be more expensive, but I have the guarantee it is in my territory.
It is not sound to have 90% or 80% of the natural gas imported. We need to increase our gas production in Mexico, but to go from this to ceasing all gas imports from the United States – the biggest gas producer in the world, and the one with the lowest cost – is the other extreme. One needs to find a balance.

Regarding fuels, what other initiatives have you taken to increase collaboration between government entities?
We achieved the opening of ASA [Airports and Auxiliary Services] storage terminals to private companies. We already have 40% of the Monterrey, Torreón and Reynosa airports with aviation fuel that doesn’t go through Pemex. This was sparked by the fuel shortage crisis, but made possible because the regulation was already in place. With the shortage, supply was redirected from the north to the centre, leaving Monterrey without supply. But in the airport, thanks to this regulation, there was no problem. They didn’t have to cancel any flights. There were only some issues in Querétaro.
As the opening of ASA continues to take place, ASA will profit from renting its assets. The airlines will benefit from it because they have a greater availability of suppliers, and the end users are benefited because 60% of the air ticket is the aviation fuel.
2018 was a very intense year in terms of sector development, and all this amidst the election campaign, which was background noise. If the regulatory framework is sound and firm with known rules, one can obtain all these results.

For more information on the measures Mexico’s Energy Regulatory Commission is taking, see our business intelligence platform, TOGYiN.
TOGYiN features profiles on companies and institutions active in Mexico’s oil and gas industry, and provides access to all our coverage and content, including our interviews with key players and industry leaders.
TOGY’s teams enjoy unparalleled boardroom access in 35 markets worldwide. TOGYiN members benefit from full access to that network, where they can directly connect with thousands of their peers.