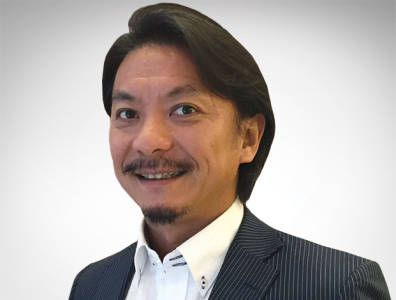 The hydrocarbons industry is still profitable, especially for refinery products such as petrol.

Naoki Tamaki, the chief representative for the Middle East at the Japan Bank for International Co-operation (JBIC), talks to TOGY about areas of investment and collaboration in Abu Dhabi and the region as well as the future outlook of the industry. The JBIC is a public financial institution that promotes international development and Japanese businesses abroad.

• On industry outlook: “I think it will be a profitable year. The hydrocarbons industry is still profitable, especially for refinery products such as petrol.”

• On upstream investment: “There are many ways to co-operate with ADNOC’s new strategy. Japanese companies are still interested in expanding their upstream interest, so if they increase their offtake volume or continue offtakes from ADNOC, then we can consider supporting their activities through financing.”

• On demand growth: “The world population’s going up and world GDPs are going up, so the consumption of energy and hydrocarbon products is going up even though renewable energy is expanding and picking up. The demand is still there, and you can’t make petrochemical products without hydrocarbons.”

Naoki Tamaki went in depth about the bank’s recent projects, investment strategy and industry trends. Most TOGY interviews are published exclusively on our business intelligence platform TOGYiN, but you can find an abridged version of the interview with Tamaki below.

What projects has JBIC been financing recently?
Many Japanese engineering companies are active in the region, like Chiyoda, Toyo and JGC, the largest engineering company in Japan. EPC and finance, or EPCF, is commonly seen in the region nowadays. On March 17, [2017], we signed a loan agreement of USD 500 million with KNPC [Kuwait National Petroleum Company] because JGC Corporation was selected as EPC contractor. This is purely export finance because JGC is exporting there.
The other area we cover is investment by Japanese companies. For example in the kingdom [of Saudi Arabia], we have financed a [Saudi] Aramco-related project. The size of the project is around USD 10 billion, and it was 50-50 JV between Saudi Aramco and Sumitomo Chemical. Because Sumitomo is one of the major shareholders, we’re financing this project to support their investment. This is the first time we have worked with Saudi Aramco, and it was well received and led to expansion their project financing activities with us. We also financed Petro Rabigh Phase II. In KSA [Saudi Arabia] for other projects, such as Saudi Aramco and Total’s Jubail refinery, Japanese companies are involved as contractors but not as sponsors. We used export credit in this case because there are exports and not investment.
We have also financed PPP projects, especially IPP/IWPP projects, in GCC countries, and we became the largest single bank in the power sector.

What investments are you looking at in Abu Dhabi?
There are many ways to co-operate with ADNOC’s new strategy. Japanese companies are still interested in expanding their upstream interest, so if they increase their offtake volume or continue offtakes from ADNOC, then we can consider supporting their activities through financing.
The other thing is, ADNOC is now keen to extend their midstream projects to the downstream sector, and they need strategic partners to establish joint ventures. If they choose Japanese companies as joint venture partners for midstream or downstream projects such as refineries or petrochemicals [facilities], then we can consider financing like we have in the kingdom [of Saudi Arabia] for the Mitsubishi Chemical and Sabic joint venture or the Sumitomo Chemical and Aramco joint venture.

What’s the best way to structure project financing?
There are many ways. Feedstock needs to be secured, and you have to choose good, sound EPC contractors as well as partners and co-investors. Bankers require them to have robust offtake agreements on a long-term basis if possible. Also we need to find a number of banks because we cannot provide financing only by ourselves, we always extend the loan together with a commercial banks. All of these aspects must be met for the project finance to succeed.

What is your outlook for the hydrocarbons industry for the year ahead?
I think it will be a profitable year. The hydrocarbons industry is still profitable, especially for refinery products such as petrol. Americans consume a huge amount of petrol, and they have stopped buying electric vehicles and started buying big SUVs again, so refinery margins are still level.
There are two global movements. The strategy of oil-producing countries is to do refineries and petrochemicals in their countries to expand their GDPs. We in Japan have a lot of refineries and petrochemical plants, but they are small and outdated. Chemical companies and oil companies are keen to expand their investment outside of Japan. If companies only have upstream assets, the market is very volatile now. But if they have the whole chain, it’s better.
Hydrocarbons still have a bright future, but that kind of restriction will be there. Also it’s logical to make profits in the mid, down and upstream, even amongst the Japanese companies.
In general, the world population’s going up and world GDPs are going up, so the consumption of energy and hydrocarbon products is going up even though renewable energy is expanding and picking up. The demand is still there, and you can’t make petrochemical products without hydrocarbons.

What is the mission of JBIC in the Middle East?
Japan’s energy needs make it highly dependent on this region; more than 80% of Japanese crude oil is imported from here. The largest share comes from Saudi, over 30%, and the second largest is Abu Dhabi, 23-25%. From those two countries we get over 55%, and the rest comes from Qatar and other Middle Eastern countries including Iran. Even under the sanctions, we have continued to import crude from Iran.
This region is very important, so we need to maintain a good relationship at a government-to-government level. As a governmental financial institution, we are committed to supporting the development the country to as well as to expanding business opportunities for Japanese companies. We not only support exports from Japan, we also support investments by Japanese companies.

For more information on Japan Bank for International Co-operation in Abu Dhabi, or the projects it is investing in, see our business intelligence platform, TOGYiN.
TOGYiN features profiles on companies and institutions active in Abu Dhabi’s oil and gas industry, and provides access to all our coverage and content, including our interviews with key players and industry leaders.
TOGY’s teams enjoy unparalleled boardroom access in 35 markets worldwide. TOGYiN members benefit from full access to that network, where they can directly connect with thousands of their peers.