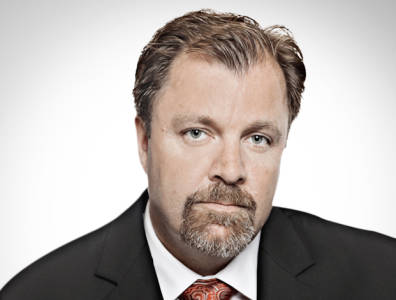 The price of oil has dropped due to oversupply. It is safe to say there’s also an oversupply of drillships and rigs. As a result, some companies will stay afloat, while others will fold.

Jorgen Schaffer, director of operations at Seadrill Angola, talks to TOGY about the country’s evolving offshore drilling sector, the benefits of local content and the pressure on companies to cut costs while maintaining production. Seadrill is a global offshore drilling company that counts Chevron, ExxonMobil and Total among its clients in the domestic hydrocarbons market.

What is the state of the Angolan offshore drilling market?
The offshore drilling market is tense right now. There is still plenty of movement, but everyone is paying close attention and aiming for the same targets. Margins are small, and operators are under a lot of pressure to reduce costs while simultaneously maintaining their existing production levels.
The pressure on efficiency starts at the top and trickles down. Operators demand reduced prices from services companies and drilling contractors, and in turn, services companies and drilling contractors expect a discount from their subcontractors. The whole business is forced to look at their operations and find ways to make projects economically viable given low prices.
Companies need a constant flow of work to pay the bills. There are some very strong players in the Angolan hydrocarbons industry that have enough work and will definitely survive the downturn, while others will struggle to find a sufficient volume of work to sustain themselves.
The newest rigs on the market are high performance and allow for more efficient drilling. While this helps to keep the cost of operations under control, drilling is still expensive. Drilling companies have to invest in maintenance and the operational ability of the rig. When a rig is in use, it has to be fully able to deliver best-in-class performance.
The price of oil has dropped due to oversupply. It is safe to say there’s also an oversupply of drillships and rigs. As a result, some companies will stay afloat, while others will fold.

At a time of cost reduction, how important is investing in local content?
If a company wants to grow in Angola and be part of the eventual upturn, investing in local content is very important.
In the short term, this will be expensive, as new local employees have to be trained to the point where they can perform competitively.
Training new workers is challenging during a downturn, but in the long term working with a local workforce will be cheaper because it eliminates the cost of travel and transport.
Offshore drilling is a challenging business. The ability to operate ships and rigs requires extensive training and specific knowledge and skills. Classroom education is not enough, it has to be supplemented with extensive onboard training programmes.
For instance, drilling at 1,500 metres on a floating vessel in rough weather cannot be taught in school. Experience is very important in the drilling business.

With new pressures on efficiency in the current market, how are companies maintaining offshore safety standards?
Safety is a constant point of concern in this industry and proper training is a big issue. The working conditions on a drillship or rig are very harsh. The people onboard work with heavy equipment and under high pressure.
Modern rigs are automated, so workers are no longer in close proximity to heavy equipment as they were in the past, which is a great improvement. That said, nothing changes the fact that the workers are still dealing with heavy equipment. Automation is progress, but even that poses a whole new set of risks.