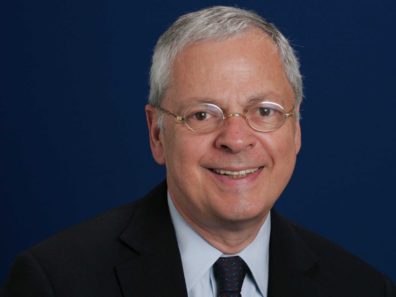 "Iraq’s oil and gas industry is at a critical point in its evolution."

Since Iraq’s first licensing round in 2008-2009, oil and gas operators have been pressuring the national government to change its contract system, arguing that it does not fit the country’s energy landscape. Edward Morse, global head of commodities research at Citigroup, talks to TOGY about how the fall in oil prices since June 2014 could finally spur a breakthrough in contract negotiations, possibly toward a production-sharing model.

How would you assess the state of the Iraqi oil and gas industry?
As long as Iraq’s territorial integrity remains intact, there is no reason why the country’s production cannot increase by as much as 2 million barrels of oil per day, or even more, by 2020.
Adding 2 million barrels of oil per day over a five-year period would be a considerable feat by historical standards, but the country’s resource base could certainly support it.
Upping output would require steps to better the relationship between Kurdistan Regional Government (KRG) and Baghdad, as well as an improvement in the contractual relationship between companies and the national government. It also requires tighter security measures, but not as much as you would think.
Iraq’s industry is at a critical point in its evolution. The authorities in Baghdad need continued injections of capital, technology and human resources expertise from international oil companies (IOCs). The government cannot develop the country’s geological potential without outside help.
However, the government has had difficulties in settling on a suitable contractual arrangement with IOCs. Most of the frictions have been based on a continual preference by the government for service contracts rather than contracts that would yield higher returns for companies. This preference is a holdover from the first licensing round in 2008-2009, when the Iraqi oil and gas industry was structurally strong.

Why has it taken more than five years before a discussion on the most appropriate contractual arrangement began in earnest?
Most IOCs entered Iraq believing that the contracts were going to change over time. They were both surprised at how difficult operating in the country became and to see how reluctant the government has been to make the contracts more attractive to the oil and gas industry.
Service contracts are appropriate when there is no exploration risk, as used to be the case in Iraq. Not only is there more market risk for IOCs in a lower price environment, but in Iraq there is also incremental risk associated with the government itself and its inability – partly because of the lack of cash – to implement what it was supposed to do for the industry in terms of providing appropriate infrastructure.
Unfortunately, the level of corruption exceeded anyone’s expectations, which has hampered the process of expanding infrastructure, tinkering with the structure of contracts and implementing new regulation.

How do lower oil prices factor into the need to change the contractual arrangements in Iraq?
The pressure for change on Iraq’s operating environment has been reinforced by low oil prices, as a shift in the contract system is required in order to continue to attract new capital.
In a low-price environment, the bargaining power between host countries and companies moves away from the host government. As is the case in any other low-price environment, countries that adapt to that shift more quickly benefit in the longer term.
The evolution of the energy industry in Iraq will thus depend not only on security on the ground, but also on the speed with which the Iraqi government responds to competition for capital from around the world.
For example, the KRG offers production-sharing contracts, which is an appropriate model for this low-price environment, and that is one of the reasons they succeeded in attracting capital.
The other part of the challenge is whether the current bargaining relationship between the KRG and Baghdad is sustainable. If low oil prices spur Baghdad to adopt contract forms that more closely resemble those of KRG, this may also resolve some of the revenue sharing issues between the two political entities. This would be a boon to the future integrity of Iraq’s oil and gas industry – not only of the production system, but also of the export system.

What are some of the obstacles to smooth project financing in Iraq?
The most difficult problem comes from politics within the country itself rather than from the oil and gas industry versus the government. It is not generally true in the world that you need a stable government to foster the exploration of resources. However, you do need predictability in terms of knowing who will finance and guarantee the integrity of an infrastructure project.