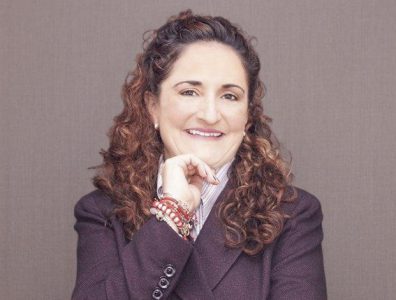 There is a significant gap between the demand and availability of skilled labour, which is expected to grow exponentially from 2015 through 2025.

Kelly Services Mexico CEO Maria Griselda explains how Mexican labour law reform will increase tax returns for the government. After 75 years under the monopoly of national oil company Pemex, the local oil and gas labour market is facing structural renovations. Griselda suggests that the local market is in need of more transparency and mobility to provide a favourable environment for international companies.

The Mexican labour market is undergoing major changes. The labour reform signed in 2012 has been designed to provide the government with greater regulatory power over local contracting. In the past, illicit practices on the part of unreliable outsourcing companies enabled tax evasion throughout the country. In particular, some unregulated practices related to payroll management created loopholes thanks to contracting companies that avoid full compliance with Mexican laws.

This resulted in fewer taxes paid to the federal government and for instance, higher financial benefits for companies and their employees. However, over the long run, employees who briefly benefited from this arrangement found themselves facing retirement with no savings.

OVERDUE REFORM: The labour reform has created a framework to regulate this sort of misbehaviour. The new labour environment will provide more protection for both companies and employees and reduce foreign and domestic companies’ exposure to fiscal problems related to unregulated contracting practices that are likely to hinder their business in the country.

The new labour regulations deter companies from creating two different entities, one with outsourced employees, in order to pay associated labour liabilities, which include sharing 10 percent of the company’s profit among the workforce.

National legislators are preparing the ground for local and international companies to fully benefit from the Energy Reform. After being such a closed market for more than 70 years, the local oil and gas industry found itself lacking essential features such as mobility and transparency, issues that have been directly addressed by the labour reform.

As a consequence, international companies are now more eager to consider the market and whether the country can supply a reliable workforce and a safer environment for investments.

SKILL SHORTAGE: Opportunities for local and international talent are now becoming real. However, only few people of the Mexican labour market can provide the necessary skills required by international companies.

There is a significant gap between the demand and availability of skilled labour, which is expected to grow exponentially from 2015 through 2025. An estimated forecast of 500,000 jobs will be created in the domestic oil and gas industry by 2018. By 2025, that number is expected to reach 2.5 million.

In the Mexican hydrocarbons industry, it takes a young professional around seven years to achieve the same level of expertise of a senior employee about to enter the retirement age. This gap needs to be reduced, and the way to do this is to create a mix between experienced local workers and skilled international trainers who can coach the newcomers.

Retired engineers and technicians from the field should also be seen as a valuable resource for providing much-needed guidance and training.

GENERAL DISINTEREST: One of the main reasons behind the lack of skilled labour in Mexico is the small number of limited opportunities the local oil and gas industry has faced for so long.

This has created a general disinterest in the industry, discouraging local talent from pursuing careers in the industry. In 2015, the challenge is to generate awareness in young generations through a co-ordinated plan among academia, national government and local companies.

Pemex has already paved the way by opening a new technical university, Universidad Pemex, aimed at better preparing local students for the positions that will be available in the reformed energy market. There is also a need to build a favourable framework for technical careers for graduates with undergraduate degrees and even those coming from technical high schools.

CULTURE CHANGE: The potential of the oil and gas market needs to be thoroughly explained and promoted in order to boost national interest in the industry. Initiatives such as Pemex’s are already being replicated by companies and national research bodies such as the Mexican Institute of Petroleum that are increasingly focusing their efforts on training and developing scholarship programmes for local talent.

Eventually, the cultural aspect will also play a major role in defining how Mexico will face the entrance of external companies into the local oil and gas industry. Along with technological breakthroughs, international companies will also bring different working ethics and habits, which may lead to some initial contrasts with the local workforce.

The 75-year monopoly of Pemex has inevitably created peculiar working habits and routines throughout the industry that need to be reconfigured in order to provide the necessary cultural flexibility required by an open market.