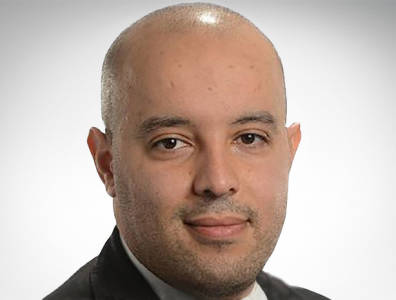 With the current low gas prices, it is a buyer’s market. Japan, Korea and India are taking advantage of this, so why not China?

TOGY talks to Adnan Ezzarhouni, GTT China’s general manager, about the development of LNG as a marine fuel in Asia and the construction of LNG carriers for the Chinese market.

Established following the merger of Gaztransport and Technigaz in 1994, GTT provides cryogenic and very low-temperature containment systems for transportation and storage of onshore and offshore LNG, in addition to other liquefied gases. The company also provides engineering services, consultancy, training and maintenance assistance.

• On LNG feasibility: “We see a bright future in China because there are already many terminals that are successful. It [would be] quite easy for China to increase LNG import capacity. You just have to potentially extend the terminals. It is much easier to do an extension of a project than to do a greenfield project.”

• On shipbuilding and LNG: “When it comes to LNG as a retail fuel, then many more stakeholders are involved. Potentially all the shipyards in China will be involved with LNG as a fuel. For LNG ships, you need a shipyard that can build such high-level added-value ships.”

• On ethane as feedstock: “A lot of Chinese petrochemicals companies are working on their business plan to import ethane from the US to China to use as feedstock. They use ethane as a replacement for naphtha to reduce costs. They can produce ethylene and all the derivatives linked to it to make plastics and many other products.”

Ezzarhouni also talks about activities in China’s downstream sector and the importance of gas to the nation’s economic success. Most TOGY interviews are published exclusively on our business intelligence platform TOGYiN, but you can find the full interview with Anan Ezzarhouni below.

How has your business developed since opening your office in China in 2016?
GTT has worked for close to 20 years in China without an office. Today, we have a team of eight [working at the] the Hudong-Zhonghua shipyard developing made-in-China LNG carriers.
When China began to import significant quantities of LNG, they had to build LNG terminals. Obviously, China being a very large country with significant shipbuilding capabilities, the country wanted to build their own LNG carriers. We have a strong partnership with CSSC [China State Shipbuilding Corporation], which selected Hudong-Zhonghua shipyard to build the first LNG carriers. So far, 12 have been delivered and eight ships are currently under construction. The first five vessels had a capacity of 150,000 cubic metres each (5.3 mcf), and the rest are about 170,000 cubic metres (6 mcf) each. These ships are huge, state-of-the-art and use new technology for propulsion.
China imports LNG from many places: Australia, Malaysia, Qatar and beyond. There is a significant demand for LNG from China, and more than 10 LNG terminals across the country. Almost all of the ones under construction are complete, so there are plenty of opportunities to deliver LNG to the country.

What opportunities are there for LNG growth in China?
One of the huge opportunities for LNG growth is the use of LNG as a fuel for ships. This is following the International Maritime Organization’s drive to lower sulphurisation. One of the most credible and interesting options for having lower emissions for ships is using LNG instead of heavy fuel oil. This could completely change the map of shipbuilding, which means that potentially most ships could use LNG as a fuel. Most ships will have to process LNG and a lot more infrastructure has to be developed in China in order to bunker LNG fuel ships. It will require several small-scale terminals or bunker ships in order to make LNG available as a fuel in the same manner as when we go to a petrol fueling station. Everything has to be developed.
ENN is one of the leading companies trying to develop LNG as a fuel. They are building a large-scale LNG terminal in Zhoushan. This will be the first LNG terminal with bunkering capability. All the LNG terminals in China have the main function to receive LNG cargo from big duty ships. You have the gas in pipelines, but if you want to deliver the LNG as a fuel for ships then you need to have a kind of retail LNG market. A small LNG terminal is required with the capability to deliver the fuel to small ships on a jetty that will then distribute the LNG to the receiving vessels. You have to build a bunkering ship, that has to be able to deliver to all the ships, and all the ships going through China have to be LNG-fueled.
The LNG fuel business is one of the most attractive and interesting topics for GTT in the coming years. We are also working with EPC contractors. For example, HQC is one of our licensees because our technology is applicable onshore. GTT Membrane technology can be applied to onshore tanks that you have in all LNG terminals, so we are pursuing this development in China through public and private companies.

What activity do you have in the petrochemicals sector?
We are active in ethane trading. In 2011, with the USA’s shale gas revolution, a lot of ethane was being produced, which cannot be monetised in the USA in a short term. Ethane can be used as a fuel, but it is not that common. You can also use it as a feedstock for the petrochemicals industry, but there is not enough petrochemicals demand in the USA to absorb such a quantity. So they tried to sell it. Europe bought some, for small scale shipping use. India was the first Asian country to import ethane, as it has a huge demand for petrochemicals. Obviously, China is also one of the biggest markets.
A lot of Chinese petrochemicals companies are working on their business plan to import ethane from the USA to China to use as feedstock. They use ethane as a replacement for naphtha to reduce costs. They can produce ethylene and all the derivatives linked to it to make plastics and many other products. Both state-owned and independent refineries are evaluating ethane. For example, Dongming Petrochemical, situated in Shandong province, has publicly announced that it is currently doing an assessment of ethane with American Ethane, in order to evaluate the interest of switching from naphtha to ethane.
In order to trade ethane with the USA, you need quite a big ship to make it economical. The world’s first Very Large Ethane carriers are under construction in Korea, using our system. We are working on some of the opportunities in China to deliver ethane to the country.

How do you assess the natural gas market in light of the Chinese government’s push to encourage the use of the resource?
This is a difficult question because every country has its own policy or views on how to develop the energy mix. Political decisions are made based on pragmatism, so renewables cannot be the base energy source. The views of the population [are also important]. LNG has a very good safety track record, and that is something to appreciate. Something that may slow it down is the economics of LNG compared to the regulation on land.
We see a bright future in China because there are already many terminals that are successful. It [would be] quite easy for China to increase LNG import capacity. You just have to potentially extend the terminals. It is much easier to do an extension of a project than to do a greenfield project. In the meantime, you have more LNG availability and offers from the USA, Canada and Africa, and many upcoming export projects. With the current low gas prices, it is a buyer’s market. Japan, Korea and India are taking advantage of this, so why not China? China’s natural gas demand will have to come through LNG or pipelines. Pipelines have an obvious cost advantage, but also some disadvantages in that the product comes from only one source and in some situations you have to run the pipeline through many countries.

What is your growth plan for the Chinese market in the medium term?
The core business of GTT mainly involves the construction of tanks for LNG carriers. We basically need a very good shipyard. The country secures the LNG from the export projects, and then ship-owners secure the fleets for the long term. All the projects are secured in the long term. Also, in China, shipyards are centrally owned by the government so you do not have so many players.
I would not say that it is an advantage or disadvantage, but it is not a market for many stakeholders. When it comes to LNG as a retail fuel, then many more stakeholders are involved. Potentially all the shipyards in China will be involved with LNG as a fuel. For LNG ships, you need a shipyard that can build such high-level added-value ships.
You need gas or dual fuel engine, so engine manufacturing companies will benefit from this. Also, all the shipyards that are used to buying standard fuel engines and putting them on their ships will now have to deal with gas engines, which is not that straightforward. They have to learn and develop their LNG capabilities. There are a few LNG-fueled ships built, but only a small number of ships have this experience. With growth, most of the shipyards in China will need to develop this capability. GTT wants to develop this activity at almost all the shipyards. We have to develop Chinese partners, so called outfitters or shipyard subcontractors, that would be able to implement our technologies at those shipyards.

For more information on GTT China, including up-to-date descriptions of their past and ongoing projects, see our business intelligence platform, TOGYiN.
TOGYiN features profiles on companies and institutions active in China’s oil and gas industry, and provides access to all our coverage and content, including our interviews with key players and industry leaders.
TOGY’s teams enjoy unparalleled boardroom access in 34 markets worldwide. TOGYiN members benefit from full access to that network, where they can directly connect with thousands of their peers.