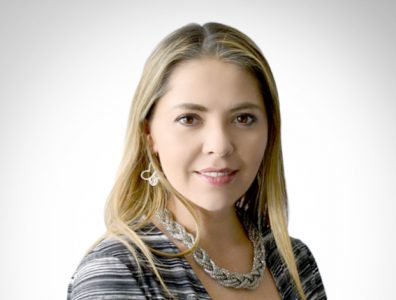 For Pemex, the key is to lower operational and financial risk, which will allow them to invest more in technology.

Valeria Maria Vazquez Maulén, Deloitte Mexico’s energy and resources legal leader, talks to The Energy Year about challenges holding back Mexico’s energy self-sufficiency and sovereignty and the importance Pemex will continue to have in the country’s upstream. Deloitte provides auditing and assurance, consulting, risk assessment and financial, legal and tax services to Mexico’s energy industry.

What challenges are holding back the realisation of energy self-sufficiency and sovereignty in Mexico?
The concepts of “self-sufficiency” and “sovereignty” seem to be key pillars for this administration but the country is still dependent on imports to cover around 70% of light crude oil and natural gas demand. As for natural gas, the nation is experiencing numerous challenges when importing gas from the US, including the volatility of prices, scarcity in some periods of the year and the lack of trans-border pipelines.
This dependence seems ironic when one considers Mexico’s rich natural gas reserves. However, it would take 10-15 years to exploit and monetise this potential efficiently. Mexico has to enhance gas-to-power, gas-to-industry and gas-to-people schemes, and this starts with solving these major gaps.
Energy sovereignty as such should allow Mexico to manage its energy mix itself. On this note, the country should be capable of handling its natural resources and also their productivity, as they have a crucial impact on the economy and the development of the nation. This is true sovereignty. Mexico cannot afford to be tied to highly volatile factors such as oil and gas prices, or climate conditions. At the same time, sovereignty should not be understood as a rhetoric of “we self-produce and self-generate everything.”
For example, when generating electricity, one must first understand that electricity is an industrial product made in Mexico, produced by local plants which are run by local manpower. Electricity has always been our sovereignty, and we have never lost it.

What intricacies are found in the increasing role of the Federal Electricity Commission (CFE) in Mexico’s power sector?
The power sector is set to change, with a stipulated 54% market share controlled by the CFE and a 46% maximum granted to the private sector. However, there is no technical foundation behind these specific percentages. Equally, the CFE is probably capable of taking around 40% of the market share, but how will it actually secure 54%?
This will depend on the ability the commission has to install new capacity. It has already planned to build six new combined-cycle power plants and revamp its existing ones. This scenario will give way to the CFE being the major producer of power and the sole offtaker as well. On the other hand, small independent power producers will coexist to the extent that the CFE allows them to as it buys power from them.
What’s more, the reform appears to cancel existing PPAs, so the CFE plans to generate a new model for acquisition of electricity where the new conditions, prices, structure, terms and bankability is still unclear.
Furthermore, the proposed reform indicates that the CFE will be able to contract electricity under the mechanisms it determines. It stipulates that the CFE – as a state body – is exempt from public procurement requirements under Article 134 of the constitution, which establishes public bidding as a rule that guarantees transparency, efficiency, effectiveness and better prices. The intention is to have a specific and direct hiring regime carried out by the CFE.
At the same time, the CFE has plans to maintain and even implement new thermoelectric and hydroelectric plants despite the scarcity of water in Mexico. There is no concrete renewable energy roadmap. A scenario where the CFE is in charge of 54% of the market – being the only offtaker, eliminating auctions and being practically the sole actor holding the reins of the power cart in Mexico – triggers questions as to the extent to which the diversification of Mexico’s energy mix will be achieved.

What importance will Pemex continue to hold in Mexico’s upstream future?
One of the major challenges Pemex is facing is its financial situation. As long as it doesn’t have financial sanitation, the NOC will find it difficult to meet its own goals. As of today, Pemex is producing over 1.7 million bopd, which is very far from the 2.8 million bopd it produced a few years back. Despite this, the company continues to be a pivotal player for Mexico’s hydrocarbons sector. It has more than 500 oilfield assignments versus the 111 exploration and production contracts the private sector holds. Moreover, Pemex is the operator that was awarded the most contracts in rounds 2 and 3 and has managed to tie up an array of different important partnerships. In terms of reserves, Pemex holds more than 80% of the explored area in Mexico.
As for the private sector, the contracts currently held will undoubtedly bring further development, and it is expected that private operators will hit 280,000 bopd by 2024. This will also give way to a more efficient capture of the oil rent. Sharing financial and operational risks is always a good move for the State because it captures royalties, benefits and taxes without having to invest directly. At the end of the day, Pemex is seeking a balance between risk, costs and investments in technology. The key is to lower operational and financial risk, which will allow them to invest more in technology.
Pemex needs to solve its different internal mismatches and enhance its operational efficiency to boost development of the Mexican side of the Gulf of Mexico, which is 15 years behind the US side.

What State-based approach is Mexico taking to exploit its lithium reserves?
Mexico has the world’s largest deposit of lithium yet discovered, which is in Sonora, and six private concessions are now in force. In principle, the new reform initiative stipulates that this new resource is reserved for the State to exploit and produce. It is not clear if they will rescind, terminate or revoke the current private concessions, or if these will remain active. In any case, the development of the regulation related to lithium concessions is incipient.
In addition, it is yet to be seen if along with lithium, other relevant resources such as copper – used for cables, or nickel – used for batteries, will also fall under such a scheme as these elements are key for the energy transition. The regulations regarding these matters are still in the air and it was said they were going to create a state company named Litmex. The State has closed the door to private firms – national or international. And this in turn may close the gates to private resources and technology that would be pivotal to developing lithium for the energy transition and for all its other industrial applications. There should be clear mechanisms to allow private participation in such a green area.

What gaps are found in Mexico’s refining and storage sector and how can they be addressed?
Refining in Mexico suffers from a multifactorial problem. A clear indication is the reconfiguration of Pemex’s refineries, which has been a plan in the making for the last 15 years, and still hasn’t been achieved. The reality is that the crude that we produce in Mexico today is not the crude our refineries are prepared to refine. In addition to this, we see that practically all of our six state-owned refineries are highly underutilised.
Moreover, a single refinery, the Dos Bocas refinery, will not be able to meet the needs of the entire downstream sector. Another issue Mexico is encountering is the excess of fuel oil. The refined products the country is producing cannot be consumed by vehicles and industries due to ultra-low sulphur requirements. The functioning refineries are generating excessive fuel oil and that is an issue to be tackled urgently.
In addition to this, we have witnessed that over the last 18 months, regulations have been passed to limit imports and change the specifications of existing import permits, and deadlines have been changed along with the technical requirements to obtain new permits. This poses the question: if we won’t be able to produce and refine our own gasoline, and we close the door to importing hydrocarbons, gas and gasoline, where are we going to get these resources from?
Another issue that ought to be tackled is storage. The OECD countries have on average 12-15 days of storage capacity for petroleum products. Mexico has an average of three days, with some particular areas reaching 12 days. This also indicates the geographical imbalances in the country. The distribution of this fuel and laying of pipelines tends to get tricky in the mountainous regions. A conscientious network of logistics and an improvement in station services are required.
For example, Mexico has less than 10% of the US’ service stations per capita. So, as much as we want to have a better storage capacity, if we do not give incentives for investment and let private companies come in and build storage terminals and retail stations, it will be difficult to advance the sector.

How is Deloitte catering services to the hydrocarbons sector?
Deloitte is helping its clients understand and navigate the regulatory framework, not only on legal and technical terms, but also from a fiscal point of view. There are plenty of misdoings in the industry which run from the smuggling of hydrocarbons all the way to tax crimes. Yet the tightening of sanctions doesn’t always result in an improvement in the operations of the sector. This has given way to players that are cautious in carrying out their activities because they don’t want to incur any type of sanctions or non-compliance.
Clients today need an orientation to understand the scope of the new regulatory framework, and that is where we come in. On the other hand, the private sector is very much aligned with the concept of the energy transition and sustainability, so they are seeking answers in this area that we can provide.
As a multidisciplinary firm, we can render different services which go from being a financial adviser to proposing the business strategy for a given company. We can improve its entire corporate governance, or even put together its compliance model. This is not to mention the traditional services we offer such as auditing and assurance, consulting, risk assessment, legal and tax.
This last area is of much interest in the hydrocarbons sector because the new tax reform has led to more than 20 modifications in the sector. Players are now very cautious and conservative with their projects, being more reactive than proactive given the climate.

Tell us about your new client-based approach.
We have most of the IOCs and Pemex in our portfolio. The same goes for the CFE. We have also advised the regulatory bodies, doing projects with the CRE and ASEA [National Agency for Safety, Energy and the Environment] to bring them the best international practices in the new regulations or in their management models. We have a fairly diversified portfolio of clients as we audit almost 90% of the companies on the Mexican stock market.
Likewise, in the last year we have changed our focus and have tried to be orientated to who our customer is and what they need. We focus on the customer and their specific industry-based needs and problems. From there we can offer tailor-made solutions.
Part of our client-centric approach is based on our focus on technology. We have carried out digitalisation of our operations at all levels. Technological systems today allow for the surveillance of kilometres of pipelines; they can also help oil companies handle information on their production flows and economics, enhance the storage and analysis of data from exploration, and many other things. Digital is changing the industry as a whole and for that reason it is becoming pivotal in our offer to clients.