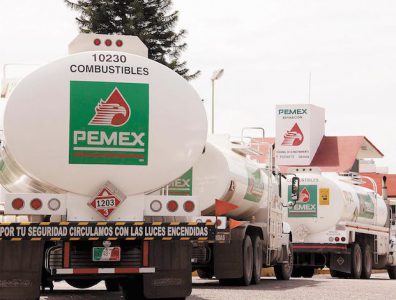 While still a public entity, Pemex will have more independent control of its operations and finances.

For the first time in almost eight decades, Mexico's oil and gas fields are now open to foreign competition. To facilitate this shift, the national oil company, Pemex, relinquished its monopoly hold and revamped its corporate structure and governance. The company’s refined mission will place Mexico in a better position to capitalise on the technological expertise of new market entrants and to explore for more oil in areas where they have faced obstacles in the past.

The passage of the Energy Reform Act’s second legislation in August 2014 precipitated the end of Pemex’s 76-year monopoly in Mexico, five months after domestic oil production hit a
nine-year low.
Analysts viewed the increased competition as a positive step for the industry, and estimates stated that foreign companies could bring in up to $50 billion by 2018 and create as many as 2 million jobs.

Moody’s raised Mexico’s credit rating from Baa1 to A3 because the agency predicts the move could help increase Mexico’s annual gross domestic product growth rate by
one percentage pointby 2018.
“From a financial standpoint, this represents an opportunity for Pemex to concentrate only on the projects where the company can generate value,” Mario Beauregard Alvarez, Pemex CFO told TOGY. “Pemex will now be able to choose projects with high profitability, instead of having to execute all projects even if they are not profitable.”

The Round One tender, which opened with the first shallow water bidding round in December 2014 has made 169 blocks (109 exploration blocks and 60 production blocks) available to foreign operators and 14 blocks available under
joint venture with Pemex.

However, due to declining oil prices the number of blocks made available in the postponed unconventional resources bidding round may be reduced.

In response to this influx of competition, Pemex is reforming its corporate structure to operate more efficiently and create greater value in its bottom line. The planning for this overhaul has long been in the works and entails restructuring Pemex’s core divisions. Namely, Pemex Exploration and Production has been converted into two separate components: Production and Development, and Exploration.

The company’s previous three subsidiaries Refining, Petrochemicals and GasBasic & Petrochemicals also face major transitions, as they will be streamlined under what is now Pemex Transformation. In addition to these structural adaptations to the evolving marketplace, Pemex has also established five new subsidiaries: Drilling, Logistics, Cogeneration and Services, Fertilizers and Ethanol.

CENTRALISED AUTHORITY: The company also centralised its $25-billion–$30-billion worth of procurement activities across more than 100 units into the Pemex Office of Corporate Procurement in January 2014.

Furthermore, Pemex’s board of directors now comprises 10 members – five government officials elected by the Mexican president and five independent members – instead of 15 members, and the chairman is the Minister of Energy.

While still a public entity, Pemex will have more independent control of its operations and finances. The government-appointed Administrative Counsel will regulate Pemex while the company is free to form subsidiaries and affiliates. The government’s evaluations of the company will also be based on technical- rather than politically-based metrics.

Meanwhile, the 70 percent tax rate Pemex pays to the government will be reduced by one percent per year over the next five years, and the Finance Ministry no longer has to approve Pemex’s budget. All of these moves indicate the government’s intentions for the company to become a profitable entity.

Undersecretary of Hydrocarbons Lourdes Melgar, told TOGY, “The aim is to have a stronger state productive enterprise. This differs from its previous role, oriented to fulfil regulatory responsibilities. Now Pemex has to focus on becoming a productive entity that will compete under the same rules of the game as any other company in the market.”

Competing in an open market may prove to be an even greater challenge than was previously anticipated. Pemex is not only implementing a massive corporate restructuring, but is also doing so when the price of oil plummeted to the lowest level in recent decades. Though this prompted a $4-billion cut in the national oil company’s 2014 budget, an 11.5-percent decrease from the previous expenditure programme and 10,000 layoffs, the company will continue to move forward with most of its projects.