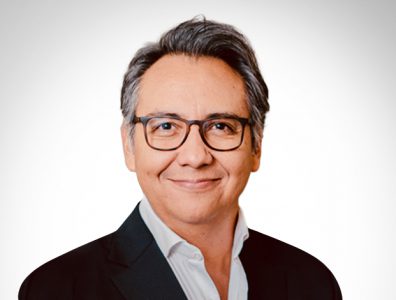 There has to be both a top-down and a bottom-up approach to the energy transition.

What potential does Mexico have in terms of renewable energy?
Mexico is part of the solar belt, the countries with the highest incidence of sunshine in the world, and also holds wind, geothermal and tidal potential. However, this potential is not exploited as it should be. Moreover, we have renewables potential in 85% of the national territory. Additionally, the cost of solar panels has fallen by 80%, while the efficiency of wind turbines is being enhanced thanks to state-of-the-art technology. It would be unfortunate if Mexico does not take advantage of its renewables potential due to the legal struggles it is now going through.
Today, there are around 200 large-scale renewable power plants in operation. In particular, there are 85 large-scale solar plants and the rest are wind, with a few geothermal projects. Renewables plants can also produce green hydrogen. Yet the majority of the power produced by these plants is injected into the network through contract schemes.
However, power surpluses from these contracts could be used for green hydrogen generation, not to mention the possible cancellation of renewable energy contracts, which could result in the creation of hydrogen. At the end of the day, the most important thing is that Mexico takes advantage of its potential for renewables.

What approach should be taken to best realise the energy transition?
To materialise the energy transition in Mexico, there has to be a multilateral push that comes from the government, companies and academia – the triple helix. However, this propeller ought to have a fourth blade, which is society. Moreover, there has to be both a top-down and a bottom-up approach to the energy transition, and this will determine both its pace and its normalisation. What is intrinsic to this process, of course, is decarbonisation and the fight against climate change. In this quest, the push for renewables is elemental.

How are you incentivising the hydrogen landscape for Mexican industry and society?
The Mexican Hydrogen Association was founded in 2021, intending to showcase the interest of the industry in producing and consuming hydrogen, as well as promoting this scene on different levels, as it is still very green in Mexico.
The country does not have a national hydrogen regulation or roadmap like other countries. Due to the lack of governmental guidelines, it is actually the industry that is driving this roadmap. Yet, one must say that the push is not equivalent to the government starting its own initiatives. These public and/or industry policy initiatives have to come from the government.
Nevertheless, the Mexican Hydrogen Association does have a good relationship with some areas of the government that are interested in promoting hydrogen. At the same time, we are working on the social aspect of the issue to normalise it and make it more understandable. In this, advocacy is fundamental. We are, therefore, supporting the hydrogen landscape not only by working on a roadmap, but also by supporting some of the projects that have started in Mexico.
We have strategic alliances with states such as Oaxaca, Guanajuato, Puebla and Nuevo León. There is a lot of interest from some states and municipalities, and we try to incentivise local and state initiatives as these are the places where projects and initiatives can flourish.

What pros and cons does the implementation of hydrogen pose for Mexican society?
There are many pros related to the use of hydrogen. Firstly, we have industrial decarbonisation, which refers to the mitigation of CO2 emissions and greenhouse gases into the atmosphere. This aligns with our international commitments such as the Paris Agreement, and contributes to the fight against climate change.
Hydrogen has an important role in substituting fossil fuels and this is already happening in many countries across the world where, in the UK, for example, they blend hydrogen with natural gas. The Mexican company Cemex, for instance, is already using green hydrogen in its industrial plants in Europe. You see, existing natural gas infrastructure can be used to transport the hydrogen. In plenty of industrial processes, hydrogen can be used.
As for the cons, the subject is not well known and the costs are fairly high. To solve this problem, incentives such as green premiums could be given. This was the case with solar energy: if you installed 1 MW in 2013, they would give you economic incentives. As a result, costs of solar panels have fallen 80% in the last seven years and every day more and more users are betting on this source of energy. Cost is obviously one of the main obstacles, but experts suggest that in this decade, the costs of green hydrogen are going to fall to the level of costs of grey hydrogen and natural gas. The moment costs drop, the use of hydrogen will increase rapidly.
Lastly, there is a need to improve the technology used in this area. Equipment requiring less expensive materials is being developed, but there is also the need for technology that can permit electrolysers to produce green hydrogen not only from the sun but also from water, to make the most of our oceans as an important source for producing energy.

What current projects are spearheading the hydrogen initiative in Mexico?
There are currently four projects we are supporting in Mexico. One of them is led by the company Dhamma Energy, which is developing a solar power plant in Guanajuato. The second one is developed by a company called Tarafert, which has two projects on the way in Durango: Tarafert-1, which will produce blue ammonia and urea, scheduled for commercial operations in 2026; and Tarafert-2, a production facility for zero-carbon green hydrogen manufactured using solar energy and electrolysis.
Furthermore, there is another project in Baja California which aims to store hydrogen to generate electricity, developed by a company called HDF. Lastly, there is another project in Sonora. These are led by internationally backed companies, but we also see local companies taking the initiative in this arena such as Grupo Infra, Protexa, Solensa and Énestas Raw Materials & Fuels, among the others that are seriously looking into hydrogen.

To what extent does the hydrogen scene need investment, and how immediate is the need to exploit this source of energy in Mexico?
Mexico could literally hit the jackpot with hydrogen. This is because, firstly, the country has vast potential in renewables. Secondly, its geographical location is privileged. And thirdly, it finds itself in the Free Trade Agreement. Mexico is and will be very attractive for investing in green hydrogen, regardless of any technical, political or social issues it may have. It has the perfect conditions to invest and develop hydrogen projects and produce green hydrogen, to both consume it and to export it. What we now need is investment and investors. To this end, Mexico could have up to 64% lower taxes on green hydrogen production compared to other countries. The time to start developing this source of energy is now. As an association, we have already started and it is time for academics, scientists, researchers and the government to join forces. Collaboration is crucial in this quest.