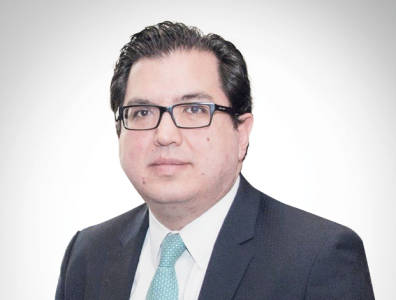 "Crude-sharing agreements between operators and the government will not be determined by contract, but by competition."

Head of the non-tax revenue policy unit at Mexico’s Secretariat of Finance and Public Credit, Eduardo Camero Godínez, provides an overview of the economic terms of the Round One tender and explains how the financial framework of the country’s oil and gas industry has changed with the implementation of the energy reform.

Mexico is issuing exploration and production contracts for oil and gas for the first time in its history. The government has received formal feedback from companies that have had the chance to evaluate the contract model being used in the Round One tender.
This has helped the Secretariat of Finance and Public Credit formulate some changes in the economic terms of the tender. However, it has had to determine which comments were useful for establishing a successful model, and which reflected only self-interest.

ECONOMIC TERMS: Companies had suggested that more clarification be made available regarding the economic terms being used in the first two shallow-water bidding rounds.
The secretariat has explained that the terms fall into three categories: those determined in law, including royalties and other taxes; those defined in the terms and conditions of each bidding round, the most important being the adjustment mechanism; and those determined in the bidding process, primarily the oil split between companies and the government.
The royalty rate will be determined based on the price of the particular hydrocarbons produced in a given area. This is a set legal formula that cannot be changed.
Also defined in law, other taxes consist of a 30-percent corporate income tax and an additional tax that is determined by the surface area of the oil block awarded in the contract. These come out to roughly $100 per square kilometre during the exploration phase and about $400 per square kilometre once production activities begin.

FAIR SHARE: The terms of production-sharing agreements between operators and the government will not be determined by the contract, but by competition in the bidding rounds. Companies will bid on the oil split and thereby define the remainder of the economic model.
It is for this reason that the oil split between the government and companies cannot be determined ahead of time, as it will vary from block to block. The idea behind this model is that competition will drive the bidding process to and increase its efficiency.
These fiscal practices are common throughout the world. This method is more efficient because it reflects the economic conditions not only for each individual field, but also the market conditions at the time of bidding.

FISCAL FRAMEWORK: The Secretariat of Finance and Public Credit will no longer be responsible for receiving the revenue derived from oil and gas activities. The fiscal framework has changed, and oil revenues will no longer go directly into the general budget.
The Mexican Petroleum Fund for Stabilisation and Development was established in August 2014. Already in January 2015, it began receiving the associated revenue produced by national oil company Pemex on the blocks that it was awarded as a result of Round Zero.
The fund will continue to receive all oil and gas revenue in the future. It will transfer up to 4.7 percent of GDP to the general budget, and any oil revenues above that level will go to long-term savings automatically.

PEMEX BUDGET: Pemex announced in February 2015 that it would cut its annual budget by $4.5 billion in 2015, as a result of the global oil price slump. The government has also implemented about $3.6 billion in cuts for 2015, as Pemex revenues account for nearly 34 percent of the federal budget.
Pemex made the budget decision entirely on its own, with approval from its board. The company now has full budgetary autonomy, needing only to comply with financial balance goals that are set annually by Mexico’s Congress. The company now carries full responsibility for meeting the financial goals it sets on its own.

LOW OIL PRICES: The Secretariat of Finance and Public Credit has taken additional steps to secure government finances against times of low oil profits by hedging on the market each year. We establish the price within the budget at $79 per barrel. When the price drops below $79, states and municipalities can make use of resources established within the Stabilisation Fund of the States, a secondary stabilisation fund that bolsters the petroleum fund.
Of course, low prices are already affecting the bidding process. The unconventional round, which was postponed until a later date, which is yet to be defined, must wait for prices to reach a level that guarantees profitability.