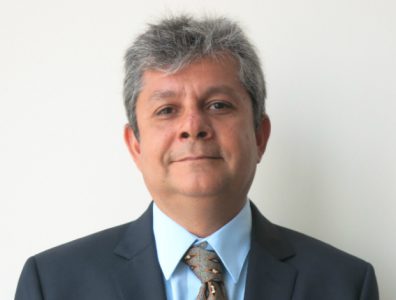 "Pemex retains all of the information related to Mexico’s geology and will be instrumental in promoting a reformed energy market."

Kurt Machnizh, Paradigm’s country manager for Mexico, speaks to TOGY about openings for seismic analysis providers in the country post-energy reform. He points to both the complex geological formations that characterise Mexico’s hydrocarbons assets and the opening of the local upstream sector to foreign investment as the key drivers of a galvanised domestic services market.

In what ways can the analysis of seismic imaging be improved in Mexico?
The key to improving these services is to universalise the seismic data. Substantial research and development efforts are now geared towards integrating data in a fluid interface.
Each seismic surveyor records data in its own format. This allows it to retain customers, as once an operator acquires data from a specific client, it is far more likely for that client to retain the services of the seismic company responsible, due to the inconvenience of integrating data from two separate providers.
One drastic change that I see for Mexico is the incorporation of increasingly large quantities of data in active upstream projects.
With the opening of the energy market under the Energy Reform Act passed in late 2014, not only will new seismic data be produced in much greater volumes, but also older data will be revisited. Accordingly, the domestic services market will have to adapt.
In revisiting old data, it would be more efficient if initiatives were taken to re-master the information from older seismic tape media onto computer discs. This would allow a data analysis provider to access that information directly from desktop computers. I see this transition happening over the next three to five years.

What differentiates Mexico’s geological environment compared to other markets?
Mexico is a unique hydrocarbons market, in that it hosts nearly every type of geological play. These plays include deepwater assets, shale formations, carbonates, fractures, salt deposits and extensive compressed features, all of which are immensely complex to produce from.
The onshore regions of southern Mexico present particular challenges to operators, as some oilfields are located within the mountainous parts of Chiapas and Tabasco.
The likelihood of uplifted geological patterns and mineral deposits in such areas increases the difficulty of acquiring accurate seismic imaging and carrying out seismic drilling.

How can seismic data processors assist firms in times of reduced profit margins?
The importance of accurately identifying where a well needs to be placed over a reservoir cannot be overstated. Hazards such as shallow gas, near surface faults and water bottom anomalies are a few of the existing threats that can cause serious damage to an oil and gas operation.
The expense of projects vary, with around $500 million required for the development of mature fields and about $1 billion for greenfield plays. By dedicating additional capital to the analysis of seismic surveys, companies are protecting their investments.

What effect will the entrance of foreign firms have on the seismic analysis market in Mexico?
Not only will experienced foreign players be entering the market, but there are also a lot of smaller players looking to develop operations in a newly opened industry.
While I do not see any other global markets sharing the same development potential as Mexico, that does not change the fact that this is a challenging time in the oil and gas industry due to the low price of crude. To remain profitable while oil prices range from $40-60 per barrel is not easy and will demand accurate seismic analysis to ensure capital-efficient operations.
Despite these new entrants, Pemex will remain the most important company from the standpoint of seismic analysis. The national oil company retains all of the information related to Mexico’s geology and will be instrumental in promoting a reformed energy market. Any and all operators and seismic processors will need to collaborate with Pemex to analyse this information following the Round One tender.