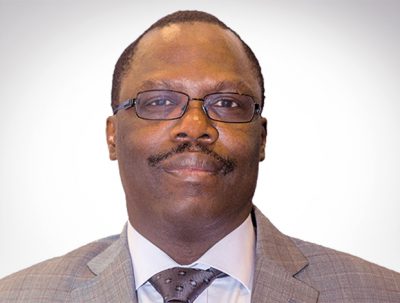 We plan to develop the marginal fields that were discovered over the past 10-15 years but were not economically viable under the terms of the contracts then.

Paulino Jerónimo, CEO of the National Oil, Gas and Biofuels Agency (ANPG), talks to TOGY about why the entity was recently established and what its objectives will be moving forward. The ANPG was officially established in February 2019 to take over Sonangol’s role as state concessionaire of E&P blocks and oversee hydrocarbons-related contracts in Angola.

Why was the ANPG established?
The main objective was to terminate the conflict of interest that prevailed in the oil industry in Angola when Sonangol played two different roles – as concessionaire and as an investor. Secondly, the newly created agency and Sonangol will each be able to focus on their business.
A little bit of history around the creation of the agency: The first presidential decree creating a new organisational model for the oil sector in Angola was dated May 2016. Eighteen months after its approval, the restructure had not been implemented, and the new president decided to create a working group to evaluate whether the proposed model was actually appropriate for the new challenges.
As a result, the new group proposed a much simpler model based on three fundamental pillars. First, the creation of the national agency and the transfer of the role of concessionaire from Sonangol to the new entity. Second, the restructure of Sonangol with a focus on its core business. Third, the selling of Sonangol’s non-core assets.
The implementation of that model was divided in three phases. The preparation ran from August 2018 to February 2019. With creation of the agency and appointment of its board, the transition began with the physical transfer of people from Sonangol to the new entity. The optimisation phase starts in October 2019 and will last till December 2020, when other responsibilities, such as abandonment funds, will be transferred from Sonangol to the agency.

What are the challenges faced in this transitional period?
The first challenge is to have a smooth transition in order to avoid constraints on the oil industry in Angola. The second challenge is putting together a strategy to fulfil the steps outlined in the National Development Plan 2018-2020 to reduce the decline in oil production.
Another challenge is the physical and organisational transfer from Sonangol. We have signed a support agreement, so during the initial six months as we’re building our organisation, we will have full support from Sonangol. In any case, we would like to be an independent entity as soon as possible.

What are the ANPG’s strategic objectives?
The main strategic objective is to reduce the decline in oil production over the coming years, as stated in the National Development Plan 2018-2022. For that we will be working with the industry on the following objectives.
We aim to reduce unplanned stops of oil production by improving preventive maintenance. This could add around 50,000 barrels per day. We’ll also produce additional resources from mature fields that haven’t been extracted for different reasons. We will incentivise the use of 4D-seismic to detect non-producing areas and the drilling of infill wells to boost production.
We plan to develop the marginal fields that were discovered over the past 10-15 years but were not economically viable under the terms of the contracts then, using the approved decree that gives fiscal and contractual incentives for those discoveries. We’ll also allow companies to look for new resources in ringfencing areas (development areas). We’ll give investors the right to produce gas, so they’ll be able to monetise it.
We’ll relaunch exploration by implementing the approved Concessions Awarding Strategy, starting this year with the launch of the Namibe Basin bid round. We plan to incentivise logistics sharing for investors to impact cost optimisation. Last but not least, we will implement the local content strategy.

What is the role of the ANPG in fostering local participation in the industry?
Local content matters fall under the jurisdiction of the Ministry of Mineral Resources and Petroleum. New legislation is being drafted at the moment and is expected to pass during the second half of 2019. However, the ANPG will have an important role and will be responsible for the implementation of the law.
Our goal is to have strong local content, and we will be working to achieve that. We will work not only with the big ventures, such as fabrication yards, but also with smaller businesses. We always need to remember that local content creates development and jobs.

What feedback have you received from the private sector so far?
The private sector initially feared instability or any type of contradiction between Sonangol and the ANPG. That is why our goal is to work for clarity and smoothness during the whole process. We have regular meetings with operators to keep them informed about the evolution of the process, and I can assure them that things are moving smoothly and according to plan. The agency and Sonangol interact very well, and my feeling is that investors are happy with the process.