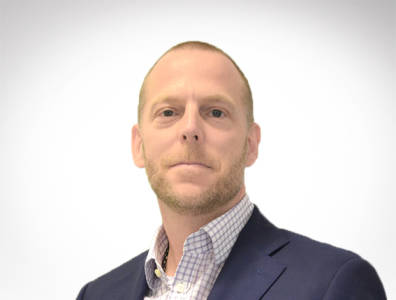 Offshore Angola is one of the most significant deepwater markets in the world.

Marcel Wieggers, managing director of Sonadrill, talks to TOGY about what drove the company’s creation, the characteristics of its new drillships and how they plan to capitalise on opportunities in this market environment. Sonadrill was established in February 2019 as a joint venture between offshore oilfield services provider Seadrill and state-owned Sonangol.

Why was Sonadrill established and what has the company been doing?
Seadrill has been doing business in Angola for a many years. Currently, we have only one rig over here, the West Gemini, which is working for Eni on a contract that will end in July 2019. After this, the West Gemini will go to Las Palmas to get all its equipment recertified and complete some upgrades. It will come back to Angola in October, when a new long-term Sonadrill contract will begin.
Besides the West Gemini, Seadrill will be contributing towards the Sonadrill joint venture with another drillship, and it still has to be decided which one.
In addition to these two Seadrill drillships, Sonadrill will have two brand new drillships through Sonangol, our partner in the joint venture. Sonangol was looking for an operator that could manage its drillships, a company with local knowledge and extensive deepwater expertise. They chose us and that is how Sonadrill was created.

What are the details of Sonadrill’s two new drillships?
These two drillships will be mobilised from South Korea to Walvis Bay [in Namibia] by us, where they will get their last fittings to then move on to Angola. On March 15, 2019, we took delivery of the first one, the Libongos. As of May, it is now in Singapore, waiting for the final details of the contract so that it can be sent to Angola. On May 17, the second drillship, Quenguela, was delivered.
Both rigs are absolutely state of the art. They feature blowout preventers with all the bells and whistles. If you look at all the drillships that have been built with NOV [National Oilwell Varco] equipment, you can clearly see there’s been some great improvements. It’s easier for people to work on those rigs and it makes them more efficient. These two rigs are the latest generation, with all the current upgrades to operate more efficiently for the client.
I am very impressed and can honestly say they are the best rigs I’ve ever been on. The way they are outfitted is going to be a pleasure for the people working on them, and it will be a pleasure for the clients as well. It is going to be the first time that such rigs are used in Angola.

How can drilling companies compete in the current market?
It’s still a buyer’s market, so you need to be very competitive, have the best operational performance and the best equipment and Sonadrill has all three.
We are excited by the opportunities this joint venture with Sonangol will bring. Offshore Angola is one of the most significant deepwater markets in the world and to bring four modern, high-spec drillships into the market at this time when we are starting to see increased activity is ideal for Sonadrill. The future is looking bright.

How will local content evolve thanks to Sonadrill?
There is huge potential to bring back a very substantial number of workers. It’s beneficial for us as a company because they know Seadrill and they will operate similar rigs with our training requirements. It’s easier to have a good candidate who worked with us before. If you get them back, it’s easier to operate these rigs than with somebody you don’t know and you have never worked with.
Local development is good for the economy, the country and the companies. A focus on management skills is something we are going to be working on. It’s so beneficial. Quite often, you put people in a position where they are promoted based on technical skills, but you need to have leadership skills as well. You reach a certain level when it’s not only technical skills needed, but management skills. They fail somewhere and we fire them because they made a mistake. If we spend a little bit of time developing the leadership skills, [the benefit] would be exponential. It’s amazing how much you can get from that.

What are Sonadrill’s key objectives for 2019?
We want to get the first contract so we can get into operations. We need to have a successful rig so that Sonadrill can show Angola and the oil companies that we can effectively and safely run this rig in the country. That’s my key objective. If the first contract comes, then the second one will follow and more will come after that. Then it will be a high focus on form by everybody on the first rig when it comes here.

For more information on Sonadrill, Sonangol’s restructuring and Angola’s upcoming bid rounds for 55 on and offshore blocks, see our business intelligence platform, TOGYiN.
TOGYiN features profiles on companies and institutions active in Angola’s oil and gas industry, and provides access to all our coverage and content, including our interviews with key players and industry leaders.
TOGY’s teams enjoy unparalleled boardroom access in 35 markets worldwide. TOGYiN members benefit from full access to that network, where they can directly connect with thousands of their peers.
Business intelligence and networking for executives: TOGYiN