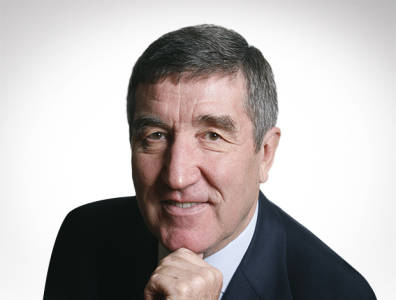 We ask Europeans to more carefully assess the potential for co-operation with Russia.

What have been the key milestones in the development of the Russian oil and gas industry over the past five years in terms of investment and partnership?
From this point of view, we must first assess the main problems that arose in the past five-year period. The first is associated with lower oil prices. This is a very serious problem. The second – not so complicated, but more long-term – is sanctions.
But among the desired development milestones, I would name ExxonMobil and Rosneft’s attempt to begin work in the Arctic zone. It was a very ambitious and significant project, but sanctions were introduced. And even if ExxonMobil had not abandoned the partnership, the project could not move forward.
The indisputable achievement of this quinquennium is the launch of the Yamal LNG project at full capacity. In the global gas industry, this is one of the few projects that was commissioned strictly according to plan and the initial budget estimate. And for the development of the Russian economy, this is undoubtedly a breakthrough step in many respects: the first LNG project in the Arctic zone, the first experience in building the corresponding infrastructure and a major step in the development of the Arctic region as a whole.
If we talk about the role of the Union of Oil and Gas Producers in the development of the industry during this period, we must state it was very significant. We constantly made proposals to the State Duma and the government on improving the functioning of the industry. We formulated general positions of companies to support the necessary level of investment, primarily in exploration and production drilling. As a result, despite the unfavourable conditions that I have already mentioned, the drilling volume not only did not decrease, but grew from 21 million metres in 2014 to almost 29 million metres in 2018.
This was a tremendous contribution to the development of not only the oil and gas industry, but also to the Russian economy as a whole.
Partnerships are also developing. As for energy policy, together with Saudi Arabia, it was possible to stabilise the situation with oil prices. And in business, growing productive contacts with companies from Germany, France, India, China and other countries is obvious.

Russia will start to export gas to China through the Power of Siberia gas pipeline in December 2019. How would you assess the new business opportunities opening up for the Russian oil and gas industry with the pivot to Asia?
I put forward a thesis about the priority of pivoting to China at a time when many said that it was “nonsense.” There were no pipelines in this direction at all. We started talking about this in 2005, and in the union we developed an appropriate doctrine, and submitted the idea to the Presidential Administration. There was a long discussion, and the country’s leadership made the decision that was implemented over 10 years. The construction of the “Road to the East” began with the construction of the Sakhalin-1 and Sakhalin-2 projects. The turning point was the Sakhalin-2 LNG terminal. Its LNG is sold to Japan, South Korea, China and Thailand.
The completion of the “Power of Siberia” gas pipeline opens a new stage in the development of the eastern direction through the export of natural gas to China. The East Siberia-Pacific Ocean (ESPO) oil pipeline was commissioned, and oil and coal shipping terminals are operating. When you look at all this not from Moscow, but on the spot, for example, on Sakhalin, in Komsomolsk-on-Amur, Vladivostok, you can clearly see a steady formation of the Eastern vector of our energy development and export.
The most important market in this area is not only China, but the Pacific region as a whole, including Vietnam, Japan, Malaysia and the west coast of North America.

How do you foresee the importance of the European market for Russian industry in this evolving context?
The main question is not how important the European market is for Russia. We love Europe. Europe is an important market, and we will fight for it. The question is, does Europe want to expand co-operation with us?
It seeks to diversify energy supplies. But where are the resources located? In Russia, of course. Where else? In Africa and the Middle East. To diversify imports, Europe would need to stabilise the situation in Syria, Iraq and Iran for the construction of pipelines and conclusion of long-term contracts. But Europe has not taken appropriate steps. Therefore, we ask Europeans to more carefully assess the potential for co-operation with Russia.

How could the government support the development of the oil and gas industry?
The main challenge is tax regulation. Due to specifics of the tax system in Russia, our wells that produce two times more oil than wells in Texas are not profitable. It is necessary to amend tax laws. I understand that this is a very complex process. Legislators are afraid to start it, because they do not want to jeopardise the federal budget surplus. It’s clear. But we should have carried out tax reforms a few years ago, when oil and gas prices were high and the National Wealth Fund was growing. Now we have to do it in a more complex environment.

What are the main projects and the main trends that will contribute to the growth of the oil and gas industry in Russia over the next five years?
The construction of new LNG plants, such as Arctic LNG 2, will be a huge breakthrough. Another important area is the development of heavy and shale oil production, but so far we do not have the necessary technologies. We need to introduce tax incentives for technological improvement.
Another important area is the development of the petrochemical industry. For a long time, we, as the union, have emphasised that the vector of oil and gas development should be directed more precisely to oil and gas processing and plastics production. According to the Action Plan for the Development of the Oil and Gas Chemical Complex of the Russian Federation, the volume of investments in this industry will amount to USD 40 billion. We do not want Russian oil and gas companies to sell only raw materials. There are already successful petrochemical projects, for example, in Tatarstan, as well as Sibur (the ZapSibNeftekhim complex).

How did the Union of Oil & Gas Producers of Russia contribute to the formation of the national hydrocarbons industry?
The union emerged in the early 1990s. I was the governor of the Tyumen region then. I gathered representatives of the leading enterprises of Tyumen, and we joined together in the union to ensure co-ordination of efforts and work out the direction of development of Russian oil and gas producers.
It must be remembered that at that time the federal government actually controlled nothing, and society changed radically. Everything has changed. It was an extraordinary time, extraordinarily difficult. Previous laws were recognised as irrelevant and ceased to be valid, but there were no new laws. It was necessary to stabilise the situation.
One of our most notable achievements was the adoption by Parliament of the Subsoil Law in February 1992. To this day, this legislative act remains pivotal. In our conditions, it is very important to remain pivotal for over 25 years. Another huge contribution of the union was the creation of the first Russian vertically integrated companies on the basis of enterprises owned by four ministries. Moreover, we made full use of world experience. In the end a tremendous result was achieved: Russian vertically integrated oil companies operate at the level of the best international companies.

How do you assess the role of Russia in stabilising world oil prices together with OPEC?
In early 2014, when prices began to fall, the struggle for market share intensified. The main producers – Russia and Saudi Arabia (and OPEC as a whole) – put out additional volumes of oil, trying to maintain their market shares.
By 2016, it became apparent that OPEC alone was no longer able to stabilise prices. This happened only with the help of Russia.
Implementation of the OPEC+ agreement and co-operation are the key to stabilising the price level, and profitability is not the most critical factor today. Contrary to all the predictions about the upcoming peak in oil production, I have always said that there will be no shortage of its resources. And today we are seeing an oversupply of resources in the market. At the same time, there is a struggle not for the total supply, but for market share – primarily between Russia, Saudi Arabia and the United States.