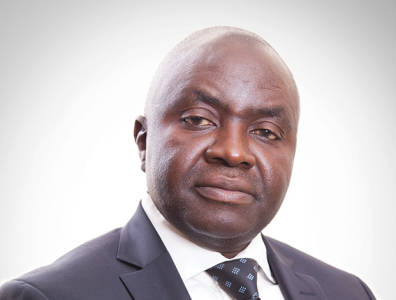 What Nigeria’s economy needs is investors that have a fairly big appetite for risk.

Muda Yusuf, director-general of the Lagos Chamber of Commerce and Industry (LCCI), talks to The Energy Year about the macroeconomic impacts Nigeria will face in the post-pandemic era and how the country’s oil and gas industry should be diversified and reformed. LCCI promotes and protects trade and industry in Nigeria.

What major macroeconomic impacts is Nigeria facing in the post-pandemic era?
The dual shocks from both the global and domestic sectors have been devastating for investors and the Nigerian economy. At a macro level, we have witnessed a sharp contraction in the economy in Q1 of -6.1%, and a lesser contraction in Q3, at -3.62%, which means that the economy has slipped into recession.
In addition, the naira has suffered a drastic depreciation of over 30%, which has been a significant blow given the import-dependent character of the Nigerian economy. This has triggered sharp increases in domestic prices, resulting in heightened inflationary pressures. Likewise, this has had implications for cost of production and overall cost of living. Real income has declined sharply as a result of inflation. In turn, this has had an impact on the purchasing power of average citizens and the overall welfare of people.
On a similar note, the crisis has had a profound impact on the oil and gas industry and the revenue the government makes from it – more than 50% of overall revenues. That has resulted in an increase in our fiscal deficit, which means that the federal government has had to resort to more borrowing, which has driven up debt profile levels.
The Central Bank of Nigeria [CBN] has introduced a series of measures to manage foreign exchange demand, which have been reflected in the diverse restrictions on access to official foreign exchange windows. This has had its negative impact for those investors seeking to access foreign exchange for their businesses. From here, the liquidity crisis in the foreign exchange market has disrupted the programmes and activities of many investors. The level of uncertainty is on the rise, and so is the risk of investment.

What dimensions do you see in the depreciation of the exchange rate?
There are several dimensions inherent in the exchange rate depreciation. The official rate moved from NGN 305 to NGN 380 and the open market or parallel rate moved from around NGN 350 to NGN 470. These are significant depreciations. Moreover, the capacity utilisation of industries has been affected, simply because not many of them could access foreign exchange for the importation of their raw materials and other inputs. A foreign exchange exclusion was rolled out over a year ago in which around 43 items including some raw materials have been excluded from the forex window by CBN. The scope of the exclusion has since increased with the acute shortage of foreign exchange. This means that many businesses are having difficulty getting vital inputs.
Secondly, CBN introduced some other policies that are affecting businesses. For example, there are stipulations establishing restrictions when it comes to importing goods via an agent or third party. If you want to buy a container of a particular raw material, you cannot acquire it directly from the original suppliers because the scale is too small. You have to buy from an intermediary.
This has created a lot of disruption among small businesses, many of which have not been able to survive due to these regulations. This clashes with the intervention fund CBN rolled out for SMEs, as many beneficiaries of the fund could not progress with importation transactions because of the policy. To our relief, CBN recently reviewed the policy.
As LCCI, we have advocated that it is better to allow the market mechanism to allocate the forex. In other words, the exchange rate should be market-driven and not fixed by the government. We should have a unification of the rates. How can you have an official rate of NGN 380 alongside an open market rate of NGN 470? Questions arise as to how a country’s economy can be run in such a way.

How should Nigeria diversify and reform its oil and gas industry?
There are different ways of looking at it. Even within the oil and gas sector, there is a need for diversification because the only thing we export is crude oil. Although we do export some gas, volumes are comparatively insignificant.
The paradox here is that despite being an oil-producing country, Nigeria’s largest import bill is for petroleum products. There is no other oil-producing country that operates that way. As a wealthy oil country, one ought to have a robust refining capacity, which will lead to two things. Firstly, it will reduce our import bill in terms of bringing in petroleum products. And secondly, it will position our country as a net exporter of refined products, which will grant us more foreign exchange. Also, it is a first step in developing a petrochemicals industry, which will as well reduce dependence on foreign chemical products.
For this reason, the reform must start within the oil and gas sector itself. When we are talking about diversification, we have to first diversify within the oil space in order to exploit the true value we have.

What changes will the deregulation of the downstream sector bring to the country?
The removal of fuel subsidies is a step that has been taken very cautiously because politically, it is a highly volatile issue due to the levels of poverty in this country, among other issues. In times when crude oil prices are low, the government has taken the bold step of removing the subsidies. The pricing policy has been a major drawback for the industry, particularly the downstream sector, as the government has set the price of products over the years. This has created a non-investment-friendly environment exclusively controlled by the state.
However, the new wave of deregulation hitting the sector will be a game changer. In addition to this, we are seeing the construction of the Dangote Refinery along with an array of private-led modular refineries. We are expecting many more investments in refineries. Many claim that what Nigeria needs is to privatise the existing state-owned refineries, but this is a difficult option as it is opposed by labour unions.

What role is LCCI adopting to help restore investor confidence in the economy?
We are sustaining our engagement with the government at a state and federal level because, as a chamber of commerce, one of our principal responsibilities is policy advocacy. For instance, the foreign exchange policy is one big issue that has been affecting a lot of businesses, so we have engaged with CBN. We are engaging with the Nigerian Customs Service to change the several systemic loopholes which are not consistent with the government’s policy on the promotion of the ease of doing business. This is crucial in times like these when the whole economy is struggling.

What message would you like to send to domestic and foreign investors?
Despite the storm, Nigeria has a very resilient economy. We may have suffered setbacks but we are sure to bounce back stronger than ever. The economy will rebound because we have the internal resourcefulness and energy to make this happen: First by virtue of the resources that we have, and second by virtue of the size of our economy.
One must not forget we are the largest economy in Africa, reflected in our market size as well as our population of more than 200 million. By the nature of our demographics, we have a young and enterprising population that have the required energy to generate the desired momentum for change. Regardless of policy, governance and security-related issues, the potential is here. For this reason, what Nigeria’s economy needs is investors that have a fairly big appetite for risk. This is a vital ingredient to operate here.