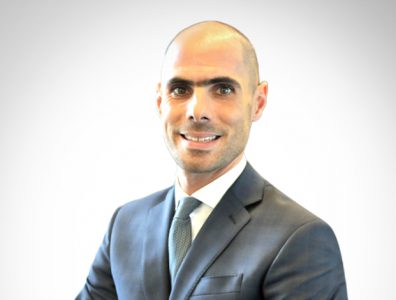 The liberalisation will certainly bring new players to the market, and that will push service levels to an unprecedented higher standard.

On the right track in Angola

Frederico Correia, oil and gas partner at Deloitte, talks to TOGY about the positive developments that have occurred in Angola's oil and gas industry. Deloitte operates in 34 African countries with 6,000 professionals, including 250 in Angola.

How has Deloitte’s business in Angola recently developed?
Over the past two years, we have developed our presence a lot, but we faced difficulties in late 2015 with the crude oil price downturn. Since late 2016 and 2017, we have noticed that companies that are more international are keen to invest in Angola. General managers of foreign companies now trust the new board of Sonangol more and they view the establishment of the National Oil and Gas Agency as a sign of the development and maturity of the sector.
As a result, Deloitte has been involved in several strategic projects in the areas of oilfield services, new market entrants and new business unit developments. More recently, we have become involved in the Regeneration Programme providing consultancy services to Sonangol. The programme started on November 15, 2018 and will go on for 30 months in total.
Angola has been a pilot market for Deloitte in Africa. It is one of the countries that has unbundled the power sector, and Gabon and the Republic of Congo want to follow suit. We are in charge of helping those local offices develop those strategies. Deloitte’s footprint in oil and gas is important. We participated in several projects upstream, some in refining and a lot in downstream. We can use this knowledge in Francophone countries.

What is your involvement in Sonangol’s Regeneration Programme?
This programme aims to focus on the core business of Sonangol, so the Ministry of Finance is looking into selling some of the assets and businesses of the company. This will let Sonangol’s management focus more on the operational side of the sector.
With the creation of the National Oil and Gas Agency, Sonangol can become a really efficient and profitable player, and its intention is to be a reference in the petroleum sector in Africa. Apart from that, as many IOCs do nowadays, it wants to become an energy company. This would include solar, for example. We are looking into different strategies.
Phase one consists of an understanding of the current status of the company. It is important to add that Sonangol’s board took one year to work with a consultancy firm. They wanted to know us better. There were eight bidders in total and they challenged all the bidders to bring their best. Even the IOCs’ CEOs have realised the importance of the presence of Deloitte’s French, Portuguese, Dutch, Brazilian and Norwegian partners in Angola.
This makes it a special project and it is named appropriately. The view of the board was not to start restructuring immediately, but to understand where we stand and to see what is already at a good level but could be pushed higher and what can be sold, and to reinforce capabilities in the upstream, downstream, midstream and in LNG.

What is Angola’s downstream potential?
The liberalisation will certainly bring new players to the market, and that will push service levels to an unprecedented higher standard. The price will not fall, but services surrounding the petrol stations will be really different. The intention is for the country to be more autonomous regarding refinery products. As 93% of crude is exported, we need to import derivatives. The capacity of the Luanda Refinery will be doubled and there is an impending refinery project of 60,000 bpd in Cabinda to serve the region.
Angola is an interesting place where foreign companies can establish a solid base and expand to the sub-Saharan region. At the same time, it is not only Angola that is pushing forward with refinery expansion, but other sub-Saharan countries are doing so as well. However, all this is subject to financing.
In this case, over the next five years the continent will have to export a lot of product, and this may cause difficulties, as was the case with Angola LNG, originally built to support the US market, which slowly became self-sufficient and then an exporter itself in less than 10 years. It was tough for Angola LNG to figure out a new way when the original target market said it did not need that gas anymore. Fortunately, today all the production is being sold and delivered on time. The ALNG plant is a relevant asset for the country and the sub-Saharan region.

What issues must be addressed in Angola’s power sector?
The key point of power supply in Angola is the interconnection between the north and central regions, which is acceptable. It needs to be developed further from the centre to the south.
We need to use isolated production, which has to be oil-based. We need transmission of 10 GW and from there some investment in the distribution of low voltage. Once that is reached, private equity will be more keen to invest, be they small or large firms that would bring effective rates in power prices, and the government can then reduce the subsidies and use that budget to develop other sectors and society. Reliable and [appropriately] priced power supply is essential for investors to come to Angola; it is the baseline of the industrialisation approach.

What is your message to investors?
Angola’s government has tried a different perspective since 2017, chiefly to re-establish the credibility of the country. Two years after the new government took office, we have more big companies in the country and the formal assistance of the IMF, which are signs that some restructuring was needed in different areas for investors to come here.
The tax system will be transformed. The way the country approaches public debt is changing and there will be new legislation to ease the creation of foreign companies. We are through the toughest part, which was the devaluation of the kwanza.
We are dealing with clients from different sectors and different countries such as Japan, South Korea, India, China, Germany, Italy, France and Brazil, and the US wants to bring business to Angola. This country is very rich in primary and secondary sectors, and it has a young and increasing population.