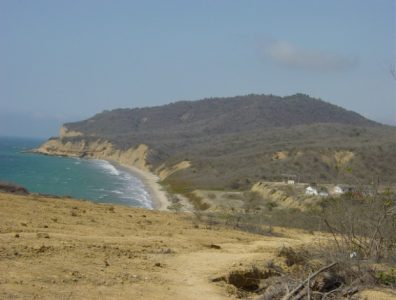 Natural gas would not only be cheaper than the diesel that is currently being burned and subsidised by the government, it would be cleaner as well.

On the way to LNG: The possible construction of an LNG terminal in Ecuador

A trend in Ecuador has emerged: more gas supply leads to greater utilisation. With 48 bcm (1.7 tcf) in gas reserves, the offshore Amistad field is the country’s primary supplier. But the proposed LNG terminal on Ecuador’s coast could alter the way production and consumption of natural gas is carried out in the country.

Even as Ecuador boosts its hydroelectric production, the country retains a basic need for thermoelectric generation, which offers both enhancement and a quick emergency response for the electrical grid. The long distance from inland hydroelectric facilities to the coastal cities, such as Guayaquil, means the demand for thermoelectric plants is particularly pronounced in those areas of Ecuador.

The Ministry of Non-Renewable Natural Resources is discussing the possible construction of an LNG terminal along Ecuador’s coastline. “The proposal has a number of advantages. Natural gas would not only be cheaper than the diesel that is being burned and subsidised by the government, it would be cleaner as well,” Carlos Núñez, general manager of domestic gas firm Gas Pacífico, told TOGY.

FOREIGN FACTOR: The investment level needed for the new terminal would be steep in the short run. According to Núñez, at least two main tanks, costing between $150 million and $180 million each, will be needed to make the project feasible. He estimates the total cost to be about $500 million for the construction of the LNG terminal and the regasification plant.

Companies that are being considered for the project come from a number of countries around the world, including Colombia, Brazil, the US, Spain, Russia, Italy, South Korea and China. “In order to get the financing for the project, we would likely need to do a build, operate and transfer agreement similar to what we did with the OCP pipeline. In that scenario, a private company would run the facility for a set amount of time, probably around 15-20 years. After this period ends, the facility would be transferred to the state of Ecuador for further use,” Núñez said.

Following construction of an LNG terminal, there are five methods Ecuador can use to grow its gas industry. The most important of these is electrical power generation. Electrical firms would be the largest consumers of LNG if a terminal were to be built. “It would be wonderful if next to the LNG terminal a combined steam-gas cycle plant is built in order to minimise LNG transportation via pipeline. The substitution of less clean fuels such as diesel is part of the overall plan for the changing of the electrical matrix,” said Núñez.

Another potential usage of LNG is onsite generation. The southern Ecuadorian ceramics industry and Cuenca-based Plásticos Rival have both shifted their fuel source to LNG. Natural gas could also be used to fuel vehicles. Gas Pacífico with Quito-based operator Petrobell has been testing the concept on the Santa Elena peninsula, though sustained demand of LNG to fuel vehicles is yet to be determined.

Additionally, LNG can be used for residential consumption. The usage of natural gas in the southern province of El Oro is primarily for residential heating in the towns near Bajo Alto. Finally, petrochemicals plants could utilise gas, although this plan is highly price dependent.

AMISTAD: Determining whether an LNG project is viable has been a formidable challenge. To date, the demand for the country’s smaller-scale projects has been satisfied by the offshore Amistad field. The field, located in block 6, averaged 1.4 mcm (48 mcf) per day between January and September 2013. This rate then increased to 1.8 mcm (62 mcf) in April 2014, on the back of a new drilling campaign.

While Amistad’s potential is superb for domestic gas supply, it has complicated estimates of how high Ecuador’s production capacity could potentially be in the future. There are prospects for gasfields in block 3, for example, where assets are being explored by Chilean firm Enap Sipec. “If we did not have any gas reserves, we would certainly create an LNG terminal. However, if there are abundant reserves of local natural gas, we might only develop our own resources. The long-term benefits of domestic production are clear, but sidelining the terminal in the meantime could still be a missed opportunity,” said Núñez.