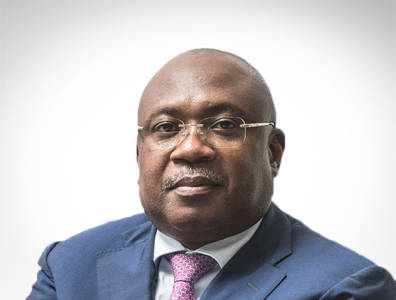 We will follow suit by modernising the port through a new master plan; we will conceive new logistics areas.

Alberto BENGUE Chairman of the Board PORT OF LUANDA

TOGY talks to Alberto Bengue, chairman of the board of the Port of Luanda, about how activity at the port has progressed, new infrastructure and port development plans, and how Customs systems are more efficient as they become more digitalised. The Port of Luanda has general cargo, multipurpose, container, energy and passenger terminals, as well as areas dedicated to services such as ship repair.

How have activity levels evolved at the port in recent years?
In 2014, the Port of Luanda reached its peak in terms of activity, productivity and cargo and ship movement. That year, the port moved around 13 million tonnes of cargo and more than 1 million teu. We were competing against the main ports in the sub-Saharan region.
From 2015 onwards, there was the oil crisis along with the financial crisis in Angola, which reduced the volume of cargo and imports to the country. The port is responsible for 80% of import cargo in the country, and from 2015 to 2018, the movement of cargo and imports was reduced by 50%.
Our forecast is that from 2019 onwards, the movement of cargo and ships will rise gradually.

What key developments are planned for the port in 2019?
We are expecting to finalise our negotiations with Pumangol this year to establish a concession contract for the new liquid cargo terminal, which has already been built. This is a huge terminal that will increase the revenue of the port significantly.
The Port of Luanda is currently a landlord port, operated by a consortium of five operators: There is the general cargo terminal managed by Multiterminais; the polyvalent terminal managed by Unicargas; the container terminal managed by Sogester; Soportos manages the multi-use terminal; and Sonils, a joint venture between Sonangol and Intels, hosts one of the best support bases for oil activity in sub-Saharan Africa.

Beyond this year, are any new infrastructure projects planned at the port?
We are now preparing invitation letters for a new master plan for the Port of Luanda. In the coming years we want to have a modern port, which means more efficient, with high-tech equipment. By 2021, water and energy will be available throughout the city of Luanda and we will follow suit by modernising the port through a new master plan; we will conceive new logistics areas. It will be a modern port with integrated railway and highway systems to move cargo quickly.
The Port of Luanda is the great business centre of Angola and we need to be prepared to supply the demand of the country. We can even consider becoming a regional hub in the future.

What role will digitalisation have at the port?
Ten years ago we adopted two systems, but since last year, we have integrated everything into one system called Janela Única Portuária (Single Port Window). With this system we can interact with Customs. Last year, Customs launched a new system called Asycuda, whose objective is to quicken the movement of cargo in and out of the port.
In the future, we want to have a paperless port. This is already planned to take place in 2020. Next year we are planning to launch the Single Logistics Window, which will integrate the entire logistics chain of the port, the whole business community.